On meat and fish, but also on desserts and fruit. Balsamic vinegar, once considered the black gold, precious and very expensive, today is one of the most used products to make our dishes tasty and sweet. But did you know that balsamic vinegar has a very ancient history? It is now an excellence of our cuisine. It also obtained an important recognition in 2000. That of a Dop product, that is, with a protected designation of origin. And recently for the balsamic vinegar of Modena, a variant of the traditional, also the recognition of Igp. We’ll give you some tips on how to use it, in cooking or raw and so enjoy it at its best.

Balsamic vinegar is a product used as a condiment but also in the preparation of many prestigious dishes. Chefs generally use it in those dishes in which a more complex and less harsh acidity is sought than that of common vinegar. Its origins date back to antiquity. It seems that the ancient Romans used cooked grape must (sapum) as a medicine, but also as a sweetener and condiment. And still in the Middle Ages and then in the Renaissance it was much sought after and used. In Modena, at the end of the sixteenth century, in the Estense Court, production began. But the term balsamic vinegar was used only in the eighteenth century.

In cooking fillet meat, which gives it a very sweet taste. Or even at the end of cooking in the dish. Tasty also in escalopes, so much so that it can be used when cooking meat to flavour it. And then as a condiment in first courses. An example are tortelli with amaretto and balsamic vinegar.

Success abroad and use today in the kitchen

The history and success of this product over the centuries has not stopped. In the following years it will soon become a highly sought after product. In fact, during the nineteenth century it is known in important international exhibitions. And we remember that Camillo Benso, Count of Cavour, wanted the best barrels in Piedmont. Production time is very long. And according to the regulations in force it must be aged for 12 years. Its aroma is intense and unmistakable. Similar to liquorice due to its color, it has a syrupy consistency. There are many variations on the market with respect to the PDO product or the version of Modena Igp. In fact, balsamic vinegar is much imitated precisely for the use that is made of it today in the kitchen. There are many types in various areas of Italy but the original one is the one found in the Emilia Romagna area. 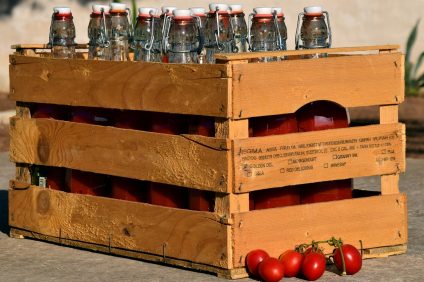 DID YOU KNOW? ITALIAN FOOD

wpDiscuz
We and our partners use cookies to offer you a better browsing experience. Click below to consent to the use of cookies. You can change your mind and change your consent choices anytime.Ok