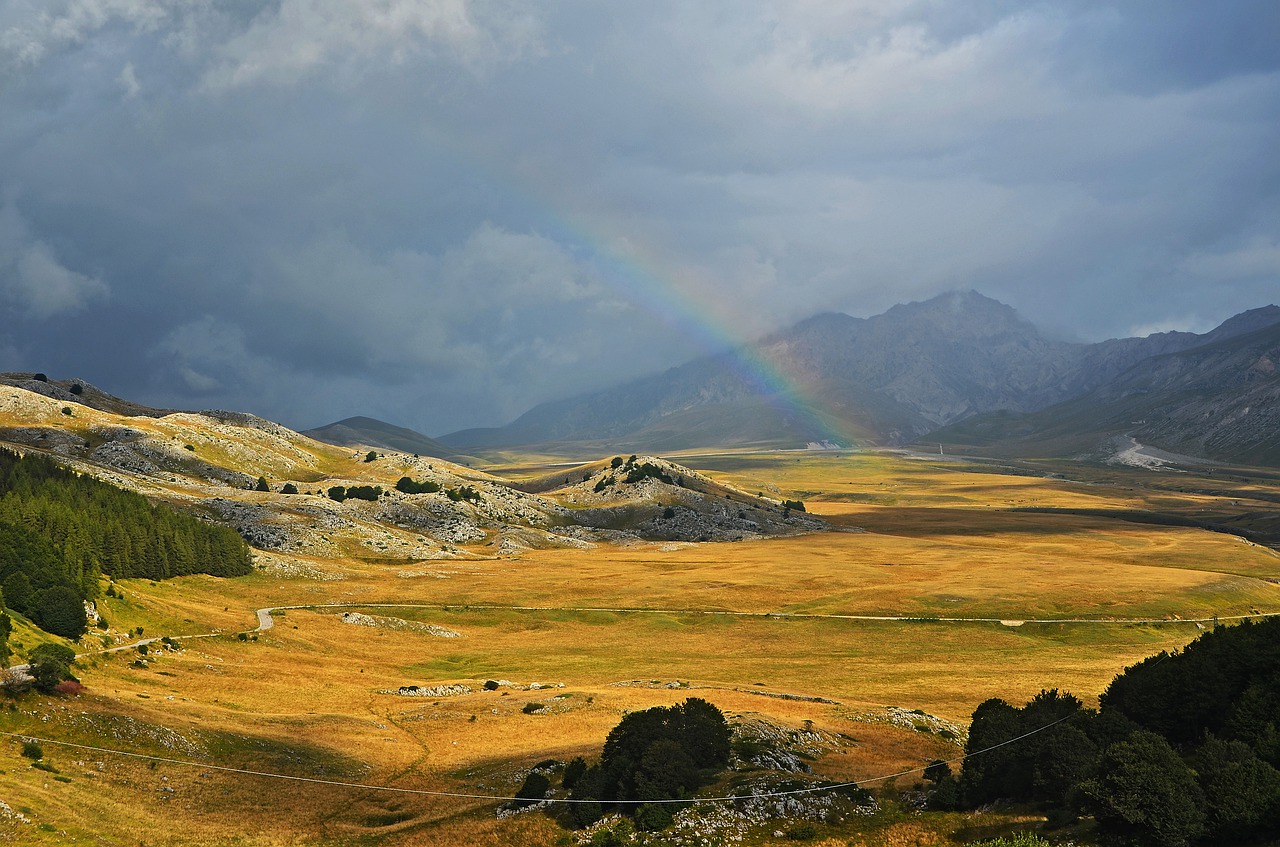 There is a little Tibet in Italy. It’s called Campo Imperatore and is located in the heart of the Abruzzo National Park. A vast highland, more or less deep lakes and a barren landscape. This is the scenario, a destination for adventure-oriented tourism and much more. Bikers and motorcyclists discovering a free-range land. Hikers, sportsmen and famous personalities from the past.

See, listen and observe. Actions that we should always carry out when we prepare ourselves to know something new. But there are places where this is even more true and indeed indispensable. Campo Imperatore is an environment dominated by vast spaces. The vast, visually remarkable highland frees the eye in every direction. The absence of boundaries urges the mind which relaxes in meditative reflections. Fosco Maraini, a naturalist, visiting Campo Imperatore in the 1930s, underlined the resemblance to an eastern land. The Phari-Dzong plain, between India and Lhasa. And in fact our little Tibet is one of the largest plateaus in Italy.

Its history is quite remote. It looks back on a glacial origin and a massive human intervention then. The intense deforestation implemented for centuries with the aim of creating spaces to be used for animal grazing. A work that reflects on the scarce vegetation of the area, if you exclude Fonte Vetica where you can find the only wooded area of the place. But lakes enrich the whole. Small pools of water with a rounded shape among which the one of Pietranzoni stands out. In fact it occupies a privileged position. At the center of the plateau it offers a spectacular panorama.

The conformation of Campo Imperatore, in its wild guise, makes the territory attractive for visitors. Human and not! On the one hand, the wide expanse and the presence of spacious meadows favor the presence of flocks. Transhumance and grazing are activities practiced constantly. Several common neighbors from which the herds come. Calascio, Castel del Monte, Santo Stefano di Sessanio. But a place with such characteristics could only be a destination for passionate hikers who seek the pleasure of a walk in relation to nature, or who see adventure in this place.

First among all bikers who find in Campo Imperatore the right space to beat country paths. Then there are the centaurs. Motorcycle groups who organize trips under the Gran Sasso banner. The barren face of the landscape where the so-called “slaughterhouse area” is located. A concentrate of refreshment. Cold cuts, meats, and typical Abruzzese arrosticini. These are the products offered by local merchants. Cleverly organized with barbecue, confirming the rustic footprint of the place, they are a stopping point for several visitors. Recuperate your energies with tasty food and enjoy the panoramic views of “little Italian Tibet” a little more.

During winter then tourism undergoes a transformation. The high altitude favors the snow and with this the ski slopes. Reachable via the cable car that from Fonte Cerreto leads to the hotel in Campo Imperatore, where you can spend a stay dedicated to sport and discovery.

The curiosities that denote Campo Imperatore are to be found in the character of the territory but also in the different observation point. A man of faith will see in the solitude and silence of the landscape a perfect place of spiritual meditation. It’s no coincidence that Pope John Paul II used to frequent this land. As evidence of his visits, an iron cross remains on one of the peaks of the Gran Sasso. But the peculiarities of this plateau have also been Benito Mussolini’s hiding place. He who saw in the conformation of the territory a data of secrecy. He spent some time here in a room in the hotel in Campo Imperatore, now a museum. Little Tibet in Italy is a place that wears a multipurpose garment, readable from various points of view. A journey made of senses.