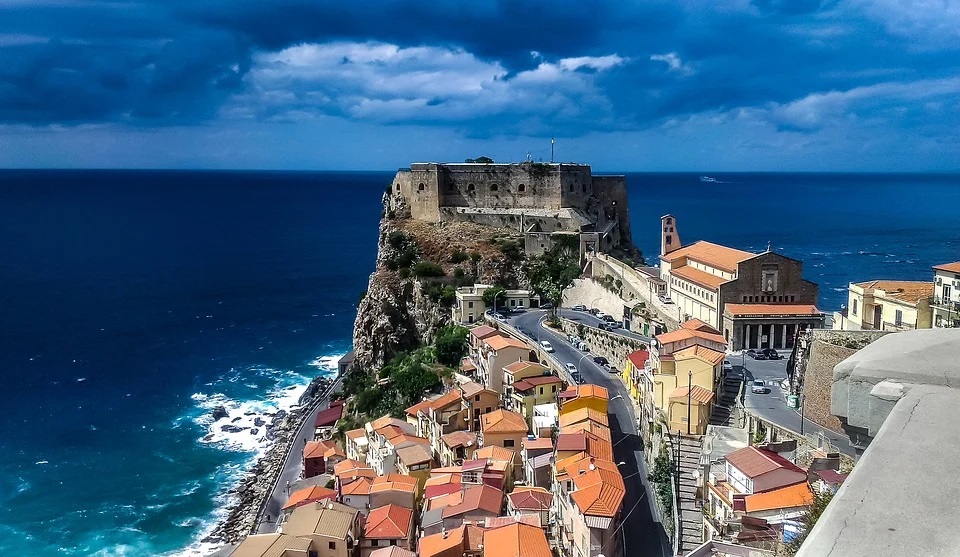 Dear Easyjet, we present you Calabria, the real one!

Everything EasyJet doesn’t know about Calabria but which it should know. The airline, on its wevsite, has spread somewhat abstruse and rather questionable news about the reality of the Calabria Region, the tip of the boot that stretches between two seas. EasyJet perhaps does not know that Calabria still retains the vestiges of Magna Graecia and the signs of the many dominations experienced over the centuries. From the Arabs to the Normans, from the Spanish to the French to the Albanians.

Land of art, of ancient culture and tradition. A thousand-year history joined by unparalleled naturalistic and landscape beauties. The Pollino, the Sila, the Aspromonte are the mountainous ridge that crosses the region from north to south. And then there are the Tyrrhenian and Ionian coasts, with their renowned locations, a mild climate for most of the year, organic agriculture and DOC and PGI products renowned throughout the world.

EasyJet and its ‘strange’ promotion campaign on Calabria

“This region suffers from an evident absence of tourists due to its history of mafia activity and earthquakes. Calabria suffers from the lack of iconic cities like Rome or Venice capable of attracting Instagram fans.” These are the considerations published by EasyJet. Regional institutions and the whole Calabria made an outcry.

The company tried to straighten the shot by adding these other reflections: “But if you are looking for a little taste of the sweet life, without too many tourists, then you are in the right place. Climb up to the mountain town of Morano Calabro for breathtaking views and bizarre houses built on peaks, which you’ll have to see to believe. You will be one of the few tourists to really know and appreciate the three spectacular national parks of this region”.

“Describing Calabria as a region that ‘suffers from an evident absence of tourists due to its history of mafia activity and earthquakes’ and because of the ‘lack of iconic cities such as Rome and Venice capable of attracting Instagram fans’ in addition to being false, it is also deeply ridiculous. Just as it is to speak of ‘bizarre houses’, as if they were desccribing the homes of the smurfs ”. This is the response of Governor Jole Santelli to EasyJet. “Calabrians – explains the president of the regional council – deserve respect and better consideration by all. However, we take note of the public apology of EasyJet, which has already taken steps to modify the text originally appeared in the ‘Inspire me’ section of its site. Thinking about it, the best way to remedy an unprecedented gaffe – concludes the governor – would be to significantly increase the flights to Calabria, so as to allow the thousands and thousands of EasyJet passengers to discover the infinite wonders of the our land. We don’t have Rome and we don’t have Venice, of course, but we don’t complain at all. Calabria is a wonder that only deserves to be admired”.

A tour in Calabria for summer 2020

Holidays in Calabria? Why not? The attractions and suggestive locations are not lacking. Soverato on the Ionian Sea replies to the splendid Tropea, ‘pearl of the Tyrrhenian Sea’. For those who love the mountains, from Pollino to the Strait there are paths and huts where you can spend relaxing days or intense adventures among ancient woods and unspoiled nature. And then there is the religious Calabria, that of the saints and sacred places starting from Paola, the birthplace of San Francesco patron of the Calabrians and seafarers. The ‘Greek Calabria’, which still maintains the customs and traditions of the Albanian people, should also be visited.

In this short but intense journey the archaeological parks scattered throughout the region cannot be missing (Ruins of Cirella, Villa Romana di Casignana, Benedictine Abbey, Monasterace, and others). Without forgetting some historic places of great prestige such as Rossano famous for the Codex Purpureus, the ancient Greek illuminated ministry. And, again, San Giovanni in Fiore where the abbot Gioacchino da Fiore lived, a theologian also remembered by Dante in the Divine Comedy.

The coastal itinerary starts from the Island of Dino and Praia a mare to get to the central Tyrrhenian Sea with the Costa degli Dei, and then down to the Costa Viola. From the Strait we go up the Ionian coast and we can stop at Brancaleone, Riace (in whose depths the famous Bronzes were found). Then we proceed to Caminia and Stalettì.

The Ionian coast also offers the beauties of Le Castella, Cirò, Sibari with its famous archaeological park. Roseto Capo Spulico is the last of the renowned tourist resorts of the Calabrian Ionian Sea. Many stops not to be missed for those who want to know places of extraordinary beauty and spend unforgettable moments of life in a Calabria still to be discovered!