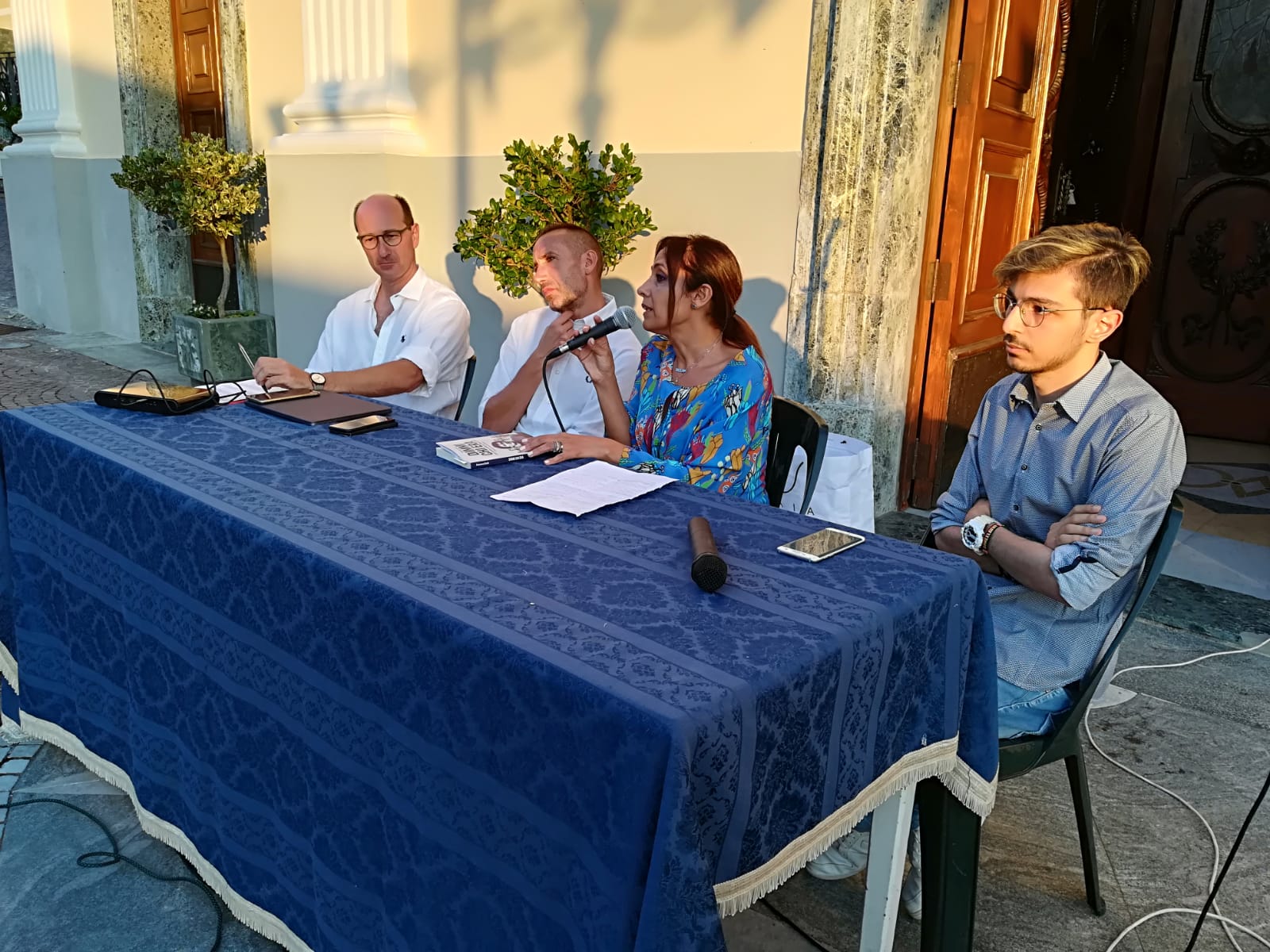 Dimmi chi era, a story of 12 champions not to be forgotten

“Dimmi chi era”, story of 12 champions whose career was cut short by tragic events or illness. A tribute to the great characters who have left their mark in various disciplines of competitive sport. “Dimmi chi era” is a book by Francesco Ceniti, journalist of the Gazzetta dello Sport, presented at Conflenti (Catanzaro) in an initiative promoted by the Italiani.it Foundation and the Asd Conflenti 2018.

Ceniti, born in Rome and grown up in Calabria, has also published the novel “I cassetti perduti” and the report “Un carcere nel pallone” for Laruffa, which ranked third at the 2009 Bancarella prize.

Dimmi chi era, a great event in the mountains of Calabria

The presentation of the book “Dimmi chi era” was held in Conflenti, a small mountain town in the heart of Calabria. The public meeting animated the churchyard of the Papal minor Basilica dedicated to the Madonna della Quercia of Visora.

The debate was introduced by Paola Stranges, Italiani.it Foundation president, creator and organizer of the event in collaboration with Asd Conflenti, which promotes sporting activity among young people. A dialogue with Ceniti, Carlo Talarico journalist of the Corriere dello sport, and Giovanni Putaro journalist of Ok tennis. During the meeting Giampiero Galeazzi, a historical reporter for Rai, who also signed the preface of the book, intervened by telephone.

“Dimmi chi era”, from laurels to oblivion because of a tragic fate

“The champion is someone like us who collects successes but who also happens to fall, to have difficult moments. The difficulties must not be silenced because they make you better understand the humanity of the true sportsman who, after the great successes, may struggle with a terrible disease.

And then there are the cases of great champions who died prematurely after a brilliant career full of ambitious goals. They are exceptional figures who, due to a tragic fate, concluded the parable of their existence too soon.

An example for the younger generation

They are champions that risk being forgotten forever and that instead must still be appreciated and esteemed above all by the younger generations ”. This, in a nutshell, is the thought of Francesco Ceniti, author of the volume which is a tribute to great professionals (some alive, others not) who have made Italian sport great.

The contribution of Giampiero Galeazzi

Giampiero Galeazzi, the great Rai journalist who was also a sportsman when he was young, spoke by telephone to the Conflenti debate. His powerful voice excited the numerous people present in the churchyard who greeted him with numerous applauses. Galeazzi recalled a bit his long career as a sports reporter who switched from football to rowing to tennis with splendid ease.

The well-known journalist has also put forward an intriguing proposal, namely to write a book on the ten ladies of Italian sport. The ten champions who, with their performances and the conquered primates, constitute a real milestone for the Italian women’s sports competition.

Conflenti event was strongly supported by the Italiani.it Foundation which is the ‘daughter’ of the great network www.italiani.it, the network of Italians in the world. “The mission of the Foundation – explains the president Paola Stranges – continues and reinforces the goal that the network has for many years and that is to enhance and promote Italian excellence. History, art, culture, traditions, good food, and much more.

These are the areas that www.italiani.it and the Foundation that bears the same name want to introduce Italians living in the Belpaese and all the fellow countrymen scattered from one end of the planet to the other. It operates in the territories – the president of the Foundation again emphasizes – to highlight the good and the beauty that still exists and that often is not sufficiently attentive. We start from the local to then overcome national boundaries with the aim of presenting the world of Made in Italy excellence to the globalized universe of the network”.