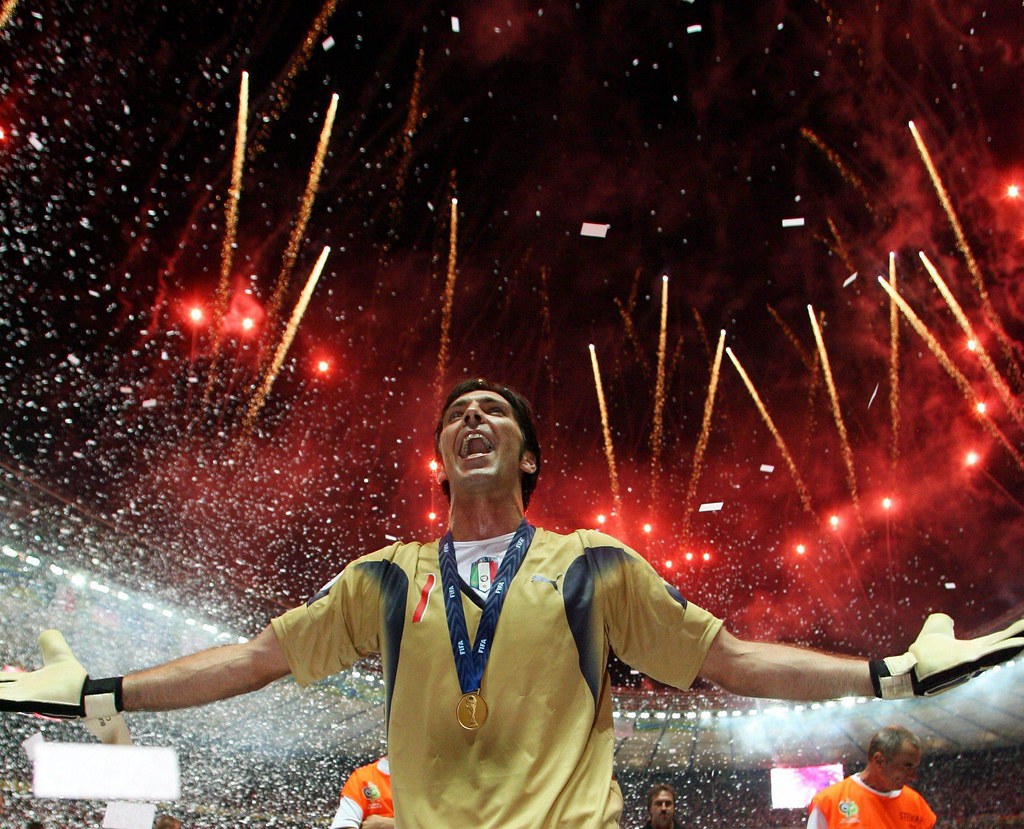 Gigi Buffon celebrates 24 years since his debut in Serie A

World champion and Italy goalkeeper Gigi Buffon celebrates 24 years since his debut in Serie A. Indeed, on November, 19 1995 Buffon, with the Parma jersey, enters the field to replace the injured Luca Bucci. That Parma - Milan marks the beginning of the career of an Italian champion.

The choice of Buffon as starter

On Sunday November, 19 1995, a championship game is played at Tardini Stadium. To tell the truth it is an important game. In fact, Milan leaded by Fabio Capello arrives. Considering the value of the opponent, a great Luca bucci is needed to defend Parma's goal. But the goalkeeper was injured on Tuesday in training. During the entire week coach Nevio Scala, coach of that Parma, observes in particular Alessandro Nista. The second goalkeeper of the team is not the only one to be observed. In fact, there is also a seventeen-year-old boy aggregated by the youths. Gianluigi Buffon is the goalkeeper that coach Nista observes.

To tell the truth, to dispel any doubt, Nista relies on Enzo Di Palma. The goalkeeping coach who during the week especially observes how no one manages to score against Buffon in training. Similarly, the coach also notices that little boy who looks like a great goalkeeper. In the end it was decided to risk and try Gigi Buffon. In fact, that Sunday against Milan there is Buffon for the first time between the poles.

Gigi, a young man still minor finds himself playing against Roberto Baggio and George Weah. Considering that this is the Milan who will win the scudetto at the end of the season, it is also the team coached by Fabio Capello. From a point of view of names, Milan is a team that shakes their legs in Italy as in Europe. But despite the opponent's caliber, Buffon does not let himself be intimidated. On the contrary, Gigi makes two decisive saves on the field and saves the result, a 0-0 final. But even more important than the result is the fact that Buffon leaves the field as Parma's best player. Moreover Fabio Capello comments at the end of the race saying that the failure to win is due to the presence of Buffon in the goal. In other words, from that day the Serie A knows a new star, that of Gianluigi Buffon.

The young Gigi Buffon grows and is formed in Parma Calcio

Acquired by Parma when he was 13, for 15 million lire, the young Buffon begins his adventure. The world of football tries it first as a midfielder then, at 14, he discovers his skills as a goalkeeper. From that moment on, Buffon maintained his position as an extreme defender. At the same time, the young Gigi grows footballing in gialloblu under the guidance of Ermes Fulgoni. The goalkeeping coach is above all a teacher for Buffon.

The Serie A debut took place on November 19, 1995 against Milan as a substitute for starting goalkeeper, Luca Bucci. The goalkeeper was injured this week and coach Nevio Scala chose Buffon, still a minor because he was impressed by his qualities. On the other hand, in the match against Milan the young goalkeeper is one of the best in the field. In fact, the following Sunday Buffon still plays in the match against Juventus. In that game, however, he collects his first goal from Ciro Ferrara. The match ends, however, 1-1.