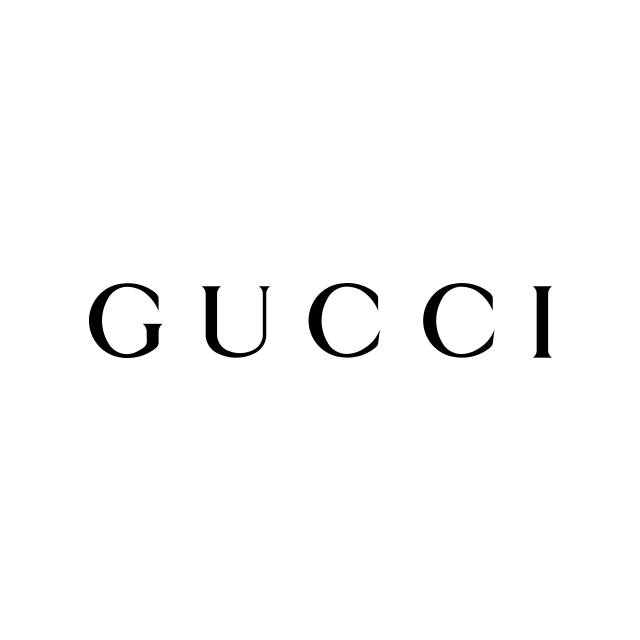 Gucci, iconic brand synonym for luxury and Made in Italy

Gucci is one of the best fashion brands of the last century. The million-dollar listed company is always able to create new trends and is the favorite brand of many influencers and bloggers.

History of the brand

Gucci brand was founded in Florence in 1921 by Guccio Gucci as a company for the production of leather goods, gloves and luggage. Two years later the first brand of the fashion house was born which represented only the name of the founder, most likely derived from his signature. At a young age Gucci worked at the Savoy Hotel in London and knew English style, horses and the whole world related to horse riding very well. Over the years they became a symbol of the brand. The first boutique was opened in 1938 in Via Condotti in Rome while the first bag was made in the 1940s: the Bamboo.

Symbol of Made in Italy

It is precisely the imagination of its founder that manages to keep the fashion house alive and during the war years it makes products using simpler materials: linen, hemp, jute and bamboo less expensive than leather. In the mid-1950s the first Gucci store was opened in the United States, precisely in New York, on 58th street. From it the real American expansion and international success of the brand took place.
The brand’s products are established worldwide for their exclusive design and the symbol of Made in Italy luxury, managing to conquer movie stars and the jet set.

In these years, the first must-haves of the brand were also born: the Bamboo bag in 1947, the moccasin with the clamp in 1952, and the Flora scarf in 1966 created specifically for Grace Kelly. It is in these years that the founder has passed away and it is his sons Aldo, Ugo, Vasco and Rodolfo who will take care of the development of the company. In the early 60s the double G logo was used in the fabric of bags and accessories while in 1970 the brand decided to introduce clothing to the collections, followed shortly after by personalized fragrances. The first Gucci fashion show was in 1981 in Florence. Since 2004 the brand has been part of the Kering luxury goods group.

From the 90s to today

It was in the 1990s that the brand, after a drop in sales due to internal disagreements in the family, reborn under the leadership of Tom Ford, who had been the designer of the women’s line. Up to the present day the sensual and elegant lines of the designer have characterized the brand.
It is from this moment that the era of the great creative directors begins not only for Gucci but for all the historical Italian and non-Italian brands.

Metallic inserts, leather and fur details are often used in the designer’s collections. In those years the brand’s campaigns were photographed by Mario Testino and the top model is Rie Rasmussen.
In 1999 the company takes over the Yves Saint Laurent brand which will close in 2002. Over the years there have been many brands taken over by the Gucci Group: YSL, Sergio Rossi, Boucheron, Bottega Veneta, Bédat & Co, Alexander McQueen, Stella McCartney and Balenciaga.

At the head of the famous brand

In 2003 Tom Ford left the brand to create his own. For about a year the creative direction passes to Alessandra Facchinetti. Then the direction goes to Frida Giannini who until then designed bags and accessories for the brand. The Première line of evening dresses that international stars begin to wear on the red carpet is launched by the designer. Giannini’s style is that of a very strong woman with a strong style. In 2011, for Gucci’s 90th anniversary, the company created the Gucci Museum. It is in the building where the Merchandise Court was located in Piazza della Signoria in Florence. 1715 square meters of brand history.

The change of image of the fashion house arrived with Alessandro Michele in 2014: more intense colors and eccentric motifs are the guideline for the new collections. In 2015 its creations won the “International Fashion Designer of the Year” award.
The new Gucci campaigns have only one common thread: youth, joy and light-heartedness. With these characteristics, the brand manages to earn great press awards which in 2016 nominate it as one of the most sought after brands in the world.

Gucci: the most expensive belt

The brand is also very popular in social media especially in Instagram and in the famous fashion blogs. The simple leather belt with the double buckle with the GG logo adapts to any type of dress. Even a simple outfit becomes full of glamor. The belt can be found in many models and is a timeless accessory. But it is, however, is one of the most expensive in the world of fashion, the classic version is around € 300.

Gucci and its gestures of solidarity

The Gucci company has always been very careful in the field of solidarity and beneficial aid. Since 2005 the company has partnered with UNICEF. Gucci periodically donates part of its sales revenues to UNICEF to support the association’s various initiatives. Every year a campaign is created with the fashion house in support of education, health, the fight against hunger, for the prevention of diseases and the supply of drinking water in the less fortunate areas.

In about 5 years Gucci has donated 5 and a half million euros to UNICEF. It has distinguished itself in many other large solidarity projects such as in 2004 with “Schools for Africa” together with the Nelson Mandela Foundation and Hamburg Society. In 2013, the fashion house created a “Chime for Change” charity organization that supports the worldwide campaign against violence against women. On June 1st of the same year a big event was organized in London. Many celebrities have joined: Beyoncé, Salma Hayek, Ellie Goulding, Katy Perry, Ben Affleck, Laura Pausini. Julia Roberts, Cameron Diaz, Iggy Azalea, Gwyneth Paltrow and Rita Ora. The proceeds from the event exceeded $ 130,000