International Beer Day is celebrated every year on the first Friday of August. This year, the eagerly awaited appointment coincides with Friday 7, the day on which, in keeping with tradition, mugs raised, you can toast at will in good company, in the name of joy and fun. After all, which drink, if not beer, goes better with moments of conviviality?

Together with a good dish or an appetizing pizza, but also by a simple sandwich, it’s the ideal drink to celebrate. Born in 2008 in California, International Beer Day is celebrated in all nations and involves over 200 cities around the world.

Beer is typically obtained by fermenting barley malt-based must, which is flavored with hops. The latter gives the drink the typical bitter taste that we all appreciate.

Beers differ according to the type of fermentation (high, low, spontaneous). The types of fermentation and their hybridizations give life to different styles. Further classifications are obtained based on color (light or blond, amber or red, dark or brown); clarity or opacity; the degree of bitterness; to the alcoholic degree. There is, therefore, just for all tastes, even the most sophisticated ones.

The Italian term “beer” derives from the German “bier”, and replaced the previous “cervogia”, which indicated those without hops. This drink has ancient origins. It is likely that it spread along with bread, as the raw materials were the same for both products. There is evidence of beer production already in Mesopotamia, among the Sumerians. Indeed, in Mesopotamian culture it also had a religious meaning, because it was drunk during funerals to celebrate the deceased, and it was offered to the deities to propitiate them. In Egypt, beer, low in alcohol or diluted with water and honey, was given to infants when there was no mother’s milk. It is also spoken of in the Bible and in the other sacred books of the Jewish people, where it is said that during the feast of Unleavened bread, for a week we ate unleavened bread and drank beer.

In Europe, the drink spread thanks to the Germanic and Celtic tribes. But what the early Europeans drank was very different from the beer we know today. The first beers, in fact, contained fruit, honey, spices, products from which the starch came. Only in 822, a Carolingian abbot included, for the first time, hops as an ingredient in this drink. During the Middle Ages, beer was produced in monasteries, and the friars and nuns used it mainly for the sick and pilgrims. During the Industrial Revolution, the production of beer passed from purely artisanal to industrial.

What can well be defined as one of the most popular alcoholic beverages in the world, also excels in the tastes of Italians. In our country, in fact, according to a research conducted in 2019 by Assobirra, annually, each person consumes about 32 liters of it. The beer produced in Italy is also highly appreciated abroad.

Furthermore, lovers of this drink can also find the gluten free one, designed mainly to offer celiacs the opportunity to drink it. The idea came to Claudio Gritti, master brewer, founder of the Gritz Brewery, the only one in Italy, and one of the few in the world, specializing in gluten free beers. Gritti has produced four of them: the Danda, Belgian Strong Amber Ale; la Graziella, Bohemian Pilsner; Barbara, Weiss Bier; Camilla, Indian Pale Ale, inspired respectively by the aunt, grandmother, mother and wife.

Curiosity from the world

Famous all over the world, beer is often associated with Germany, thanks to the famous sixteen days of the Munich Oktoberfest festival. Here it is mandatory to produce high quality beer. The law established this in 1516 with the enactment of the Reinheitsgebot, the German edict that obliges every brewer to use only water, barley malt and hops, in addition of course to yeast. But the Czech Republic is the country where beer is consumed in large quantities: around 160 liters per person every year.

Prague, among other things, boasts one of the highest quality productions in the world. The record for beer drinkers goes to China, with 350 million hectoliters drunk in a year. There are about 400 different types of beer in the world, mostly from Belgium, where beer has become a World Heritage Site. In the United States and the United Kingdom, on the other hand, the non-alcoholic one.

How to celebrate International Beer Day?

International Day on Friday 7 August is an excellent opportunity to celebrate and toast with friends. The website of the International beer day suggests the following simple rules to better spend the event: choose to be in company; look for the party closest to you (usually in a pub); offer drinks to your friends; also enjoy beers from other cultures (the flavors are many). You just have to follow these simple tips to better enjoy the party, with joy, but without exaggerating. Have fun! 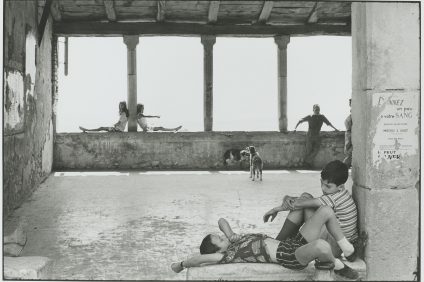