At the southern end of our peninsula, with over 780 km of coastline, there is a unique palette of colors and nature all over the world. It is Calabria, an almost perfect synthesis of the whole Italian panorama, in a tour of colors, flavors, traditions and beautiful landscapes. Calabria, land of love, set to the east by the Ionian Sea and to the west by the Tyrrhenian Sea. This region offers panoramas of extraordinary beauty. Crystalline seas, steep mountains, forests, cliffs, river gorges, cliffs that plunge into the wild and limpid coasts.

Amongst the most evocative coastal stretches, we recall the Riviera of the Cedars. Here, limestone rocks, affected by karst phenomena, give rise to sea caves with bright colors, such as the Grotta azzurra and the Leone of Dino's island. At Acquappesa stands the majestic Rock of the Queen, almost a cliff, the subject of many legends. From Tropea to Pizzo Calabro, from Bagnara to Capo Rizzuto, one passes from the long, warm beaches of Nicotera alle to the granite cliffs of Capo Vaticano. From the fine sands to the multi-colored pebbles.

In the Calabrian hinterland there are three natural parks. The Park of Pollino, Aspromonteand Sila. It is in the Sila nature reserve that we can see the Giants of Fallistro. These are large, ultracentenarian larches pines. A succession of mountains and majestic forests, hills, lakes and pine forests, valleys and spectacular waterfalls, steep slopes and ridges. You can find some real monuments sculpted by the wind. As Pentedattilo, which recalls a cyclope's hand that emerges from the ground. This is defined as one of the strangest of mankind's dwellings. Amazement and wonder grasp the viewer in seeing Chianalea, an ancient village of the fishermen of Scilla. Here the houses rise directly on the rocks and the Ruffo Castle dominates the Strait of Messina.

History and culture are rooted in prehistoric times. A testimony to this is the cave of Romito. It is one of the oldest sites in Europe. And it is precisely the National Museum of Reggio Calabria that hosts the spectacular Riace bronzes, dating back to the 5th century BC. Myths and legends encompass the Calabrian past, like what sees Aschenez, great-grandson of Noah. This merchant, inventor of the rowing boat arrived three generations after the universal deluge on the banks where Reggio was founded. And how to forget the mythological figure of the siren Ligea who jumped into the sea from a cliff following the passage of a ship left unscathed by its bewitching song. The waves of the Tyrrhenian Sea would have rejected the body of Ligea on the Tyrrhenian shore of Calabria, near Terina.

Numerous sacred places, churches, monasteries scattered throughout the territory. Like in Serra San Bruno, where Bruno from Cologne founded the chartreuse, the first monastery in Italy. Or the charming and very particular little church of Piedigrotta in Pizzo. Entirely excavated in the tufaceous rocks, the Church of Piedigrotta is unique in its kind and a marvelous gem for the whole region. With its sacred altar, groups of statues, capitals with angels, bas-reliefs with sacred scenes, frescoes on the vault of the central nave and on that of the main altar, all made from the same tuff.

In Calabria there is also an ancient and solid tradition of food and wine. It skilfully mixes intense and genuine flavors of peasant origin, scents of land and sea, sweet and spicy, which create a symphony of aromas and spices unique throughout the world. How not to mention then some of the most famous products of the tip of the boot, such as bergamotto of Reggio Calabria, capocollo, clementine, the highly prized liquorice, the Truffle ice cream of Pizzo, the red onion of Tropea and the world famous'Nduja. All with DOP and IGP mark. 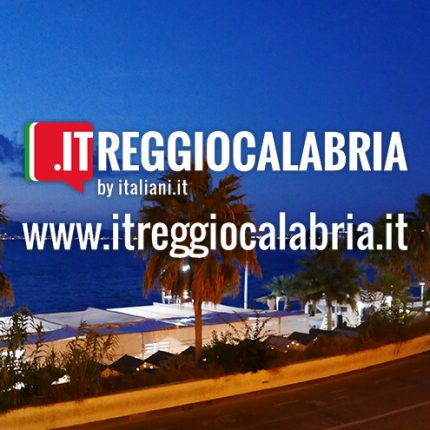 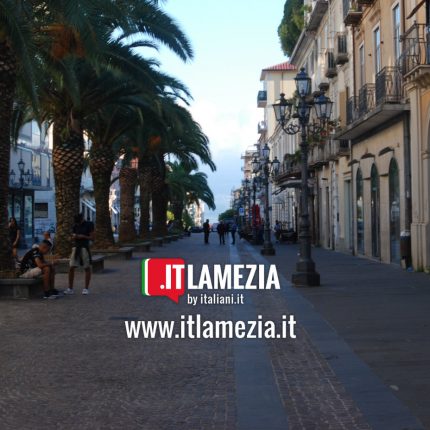 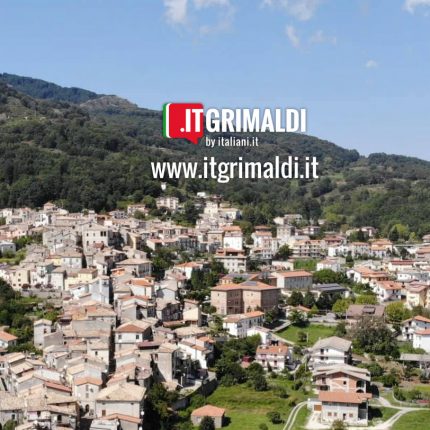 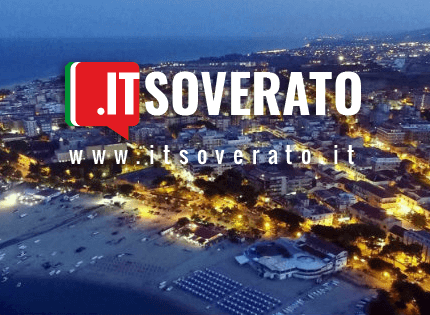 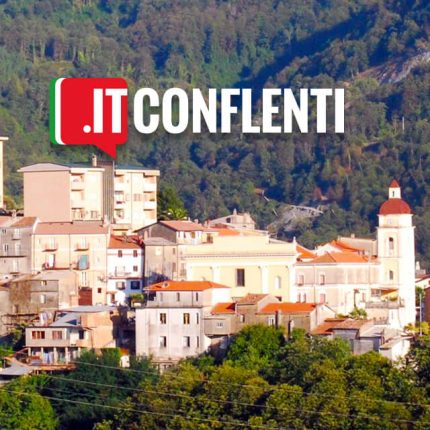 Enough hate: the power of music to rediscover values ​​and feelings

Enough hate, is the show organized by the Associazione Spettacolari with the patronage of the Municipality that will be staged on December 8 at the Grandinetti Theater in Lamezia. The initiative is ... 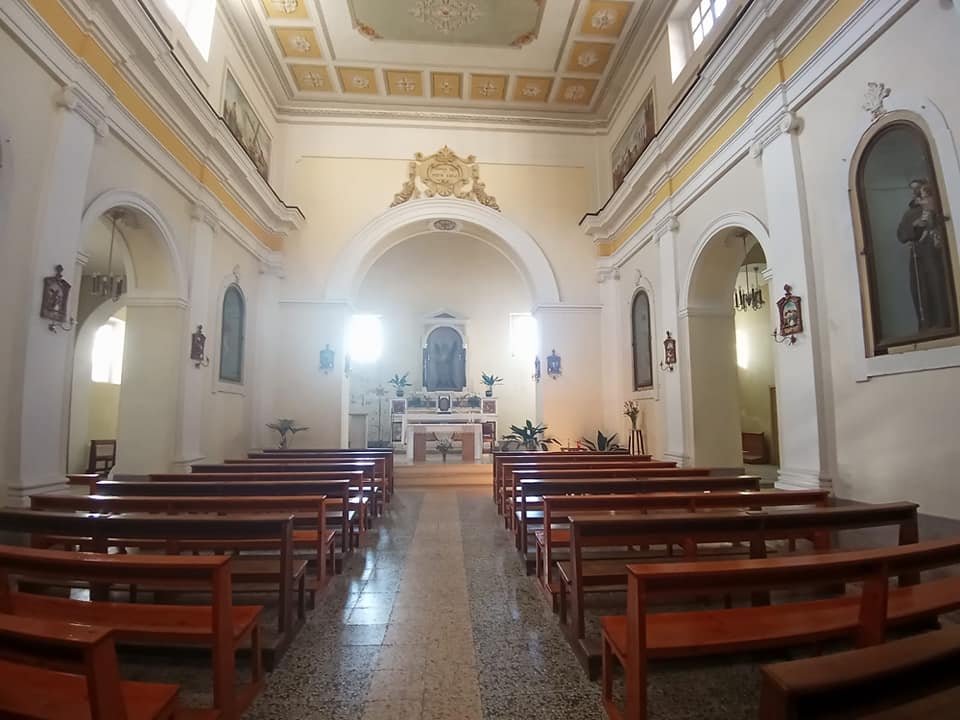 CHURCHES, DID YOU KNOW THAT, TRADITIONS
Team:
itConflenti

The bell from the early hours of the day in ra chjiazza marks that today is the feast of Sant'Andrea. In the past this event was an occasion ... 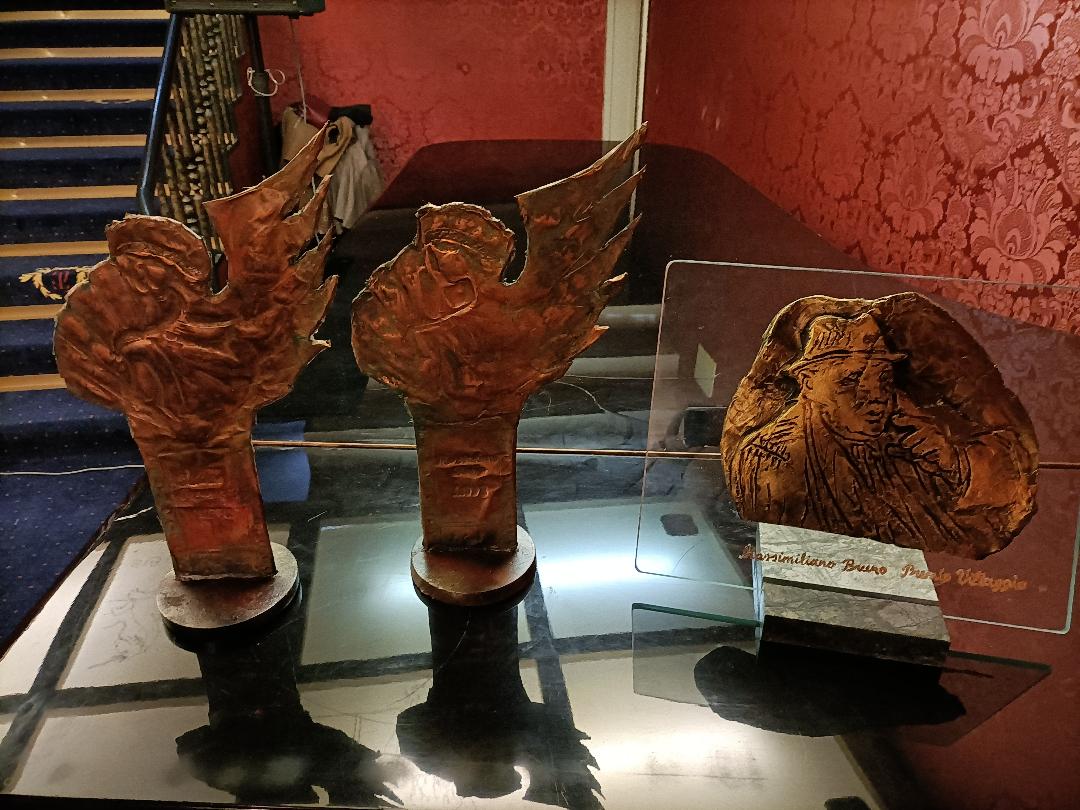 The Lamezia International Film Fest, the best cinema of the moment and we are already thinking about the 2022 edition

LAMEZIA. The eighth edition of the Lamezia International Film Fest closes with a more than positive balance. An event that, in five days, outlined the picture ...

The Jova Beach Party returns to Roccella Jonica next summer

The Jova Beach Party is back in Roccella Jonica, after the unforgettable event of 2019, which involved 25 thousand people. "For me a party is a ... 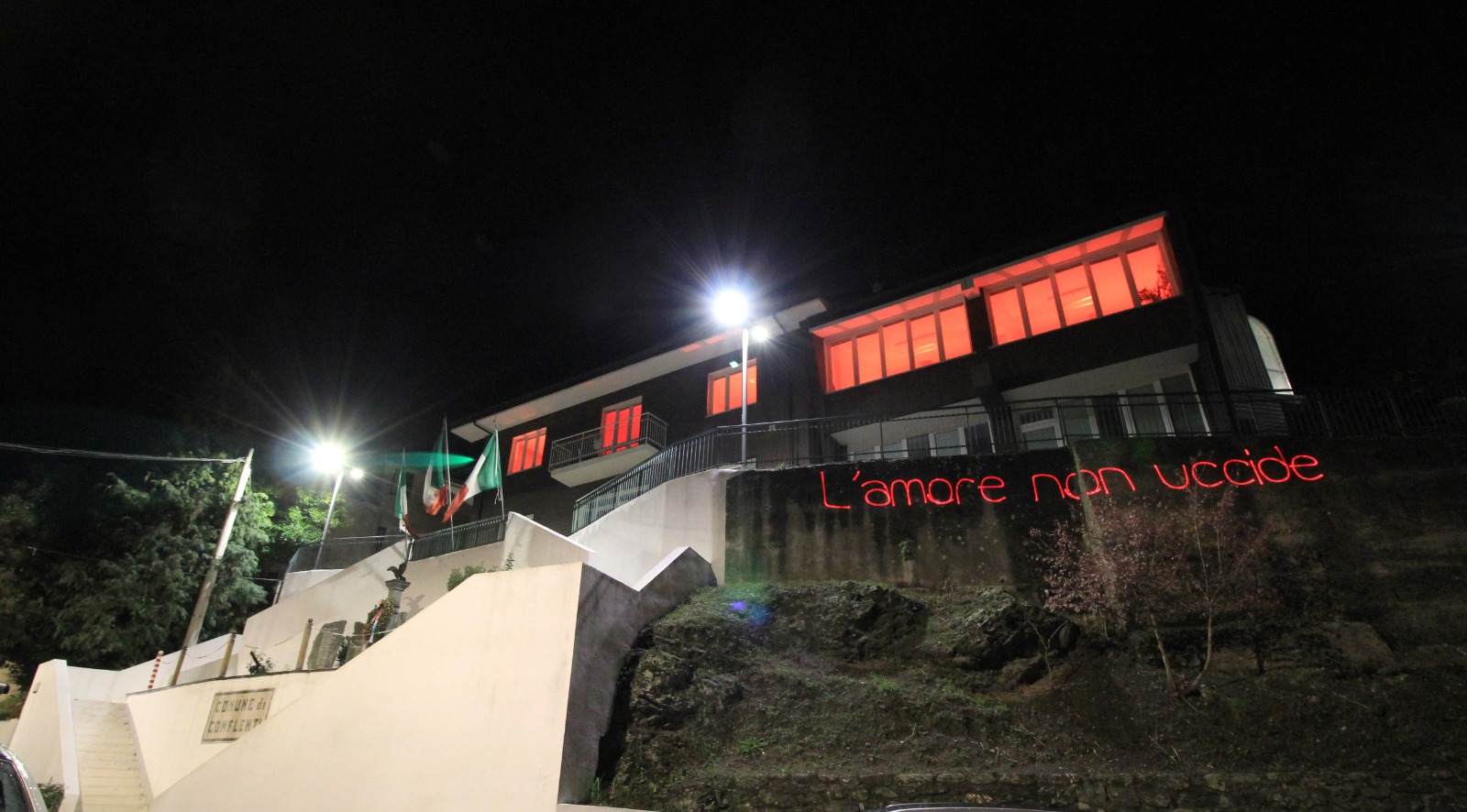 The town hall of Conflenti is tinged with red

The town hall of Conflenti is tinged with red to say no to violence against women. The Municipal Administration of Conflenti adheres to the International Day for ... 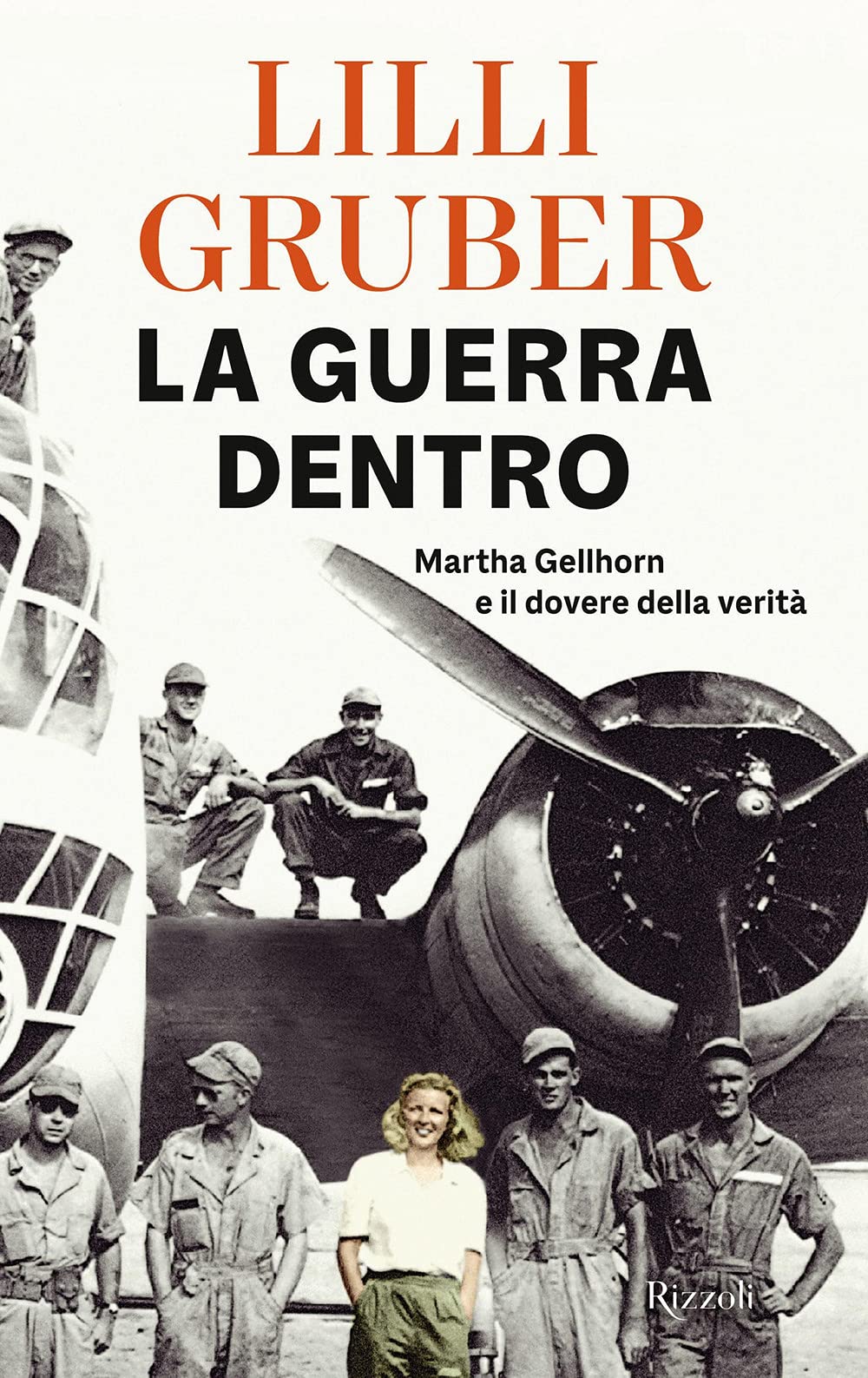 In Lamezia Lilli Gruber presents her latest book "The war inside" 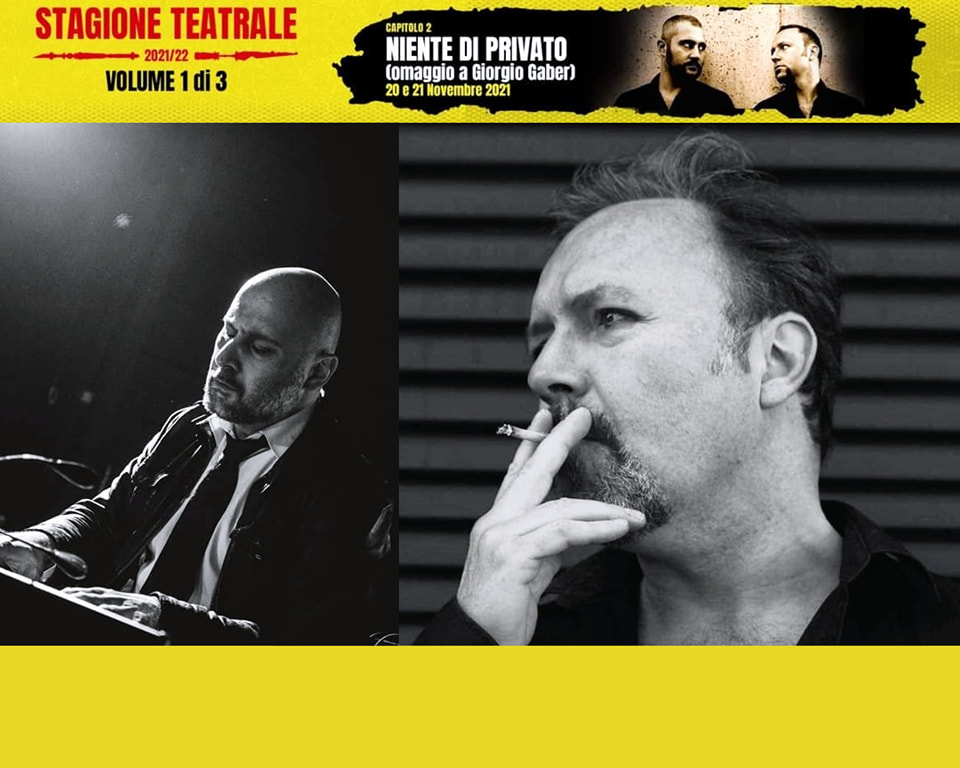 At the Teatro Primo of Villa San Giovanni "Niente di Privato", a tribute to Gaber 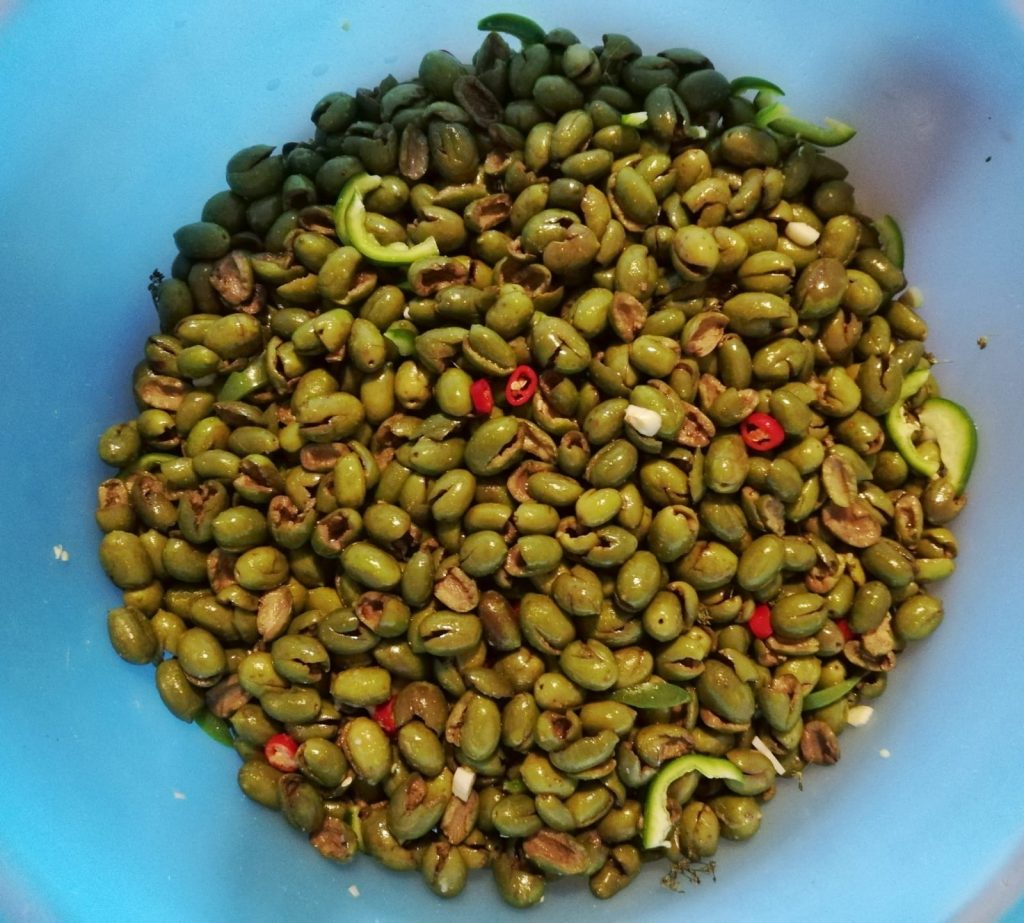 WHAT DO WE DO, EVENTS, SPORT
Team:
itLameziaTerme

Bronze shield of honor at the Circolo Fencing Lametino

CALABRIA: FROM THE NETWORK 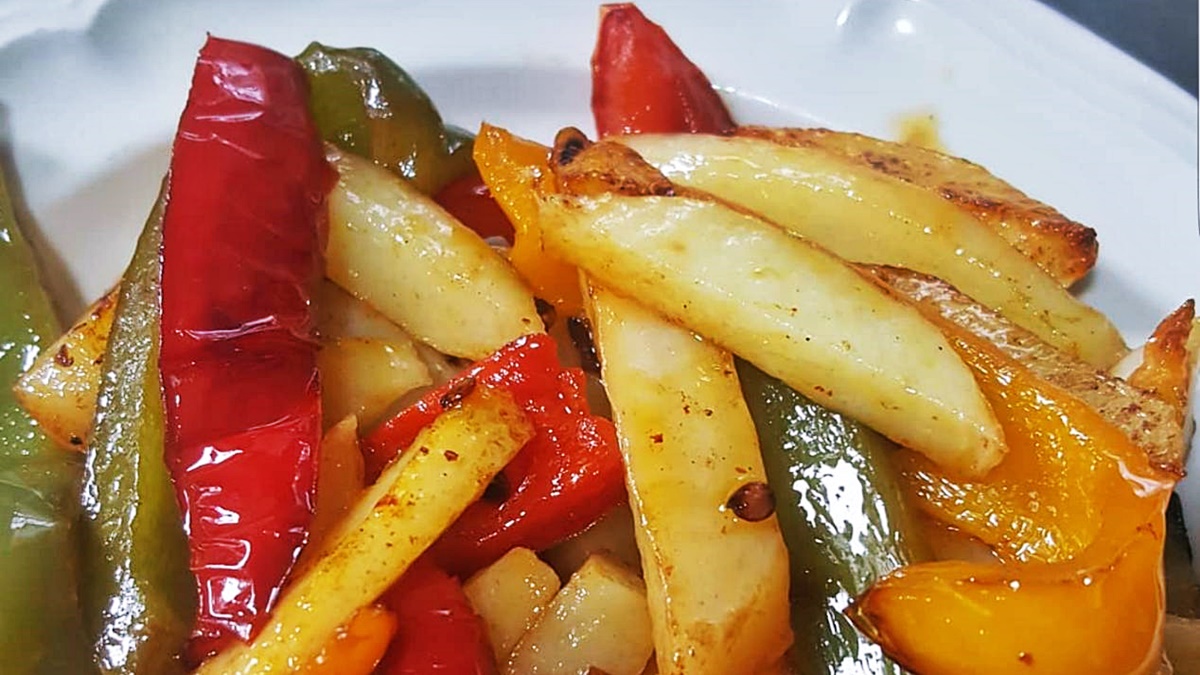 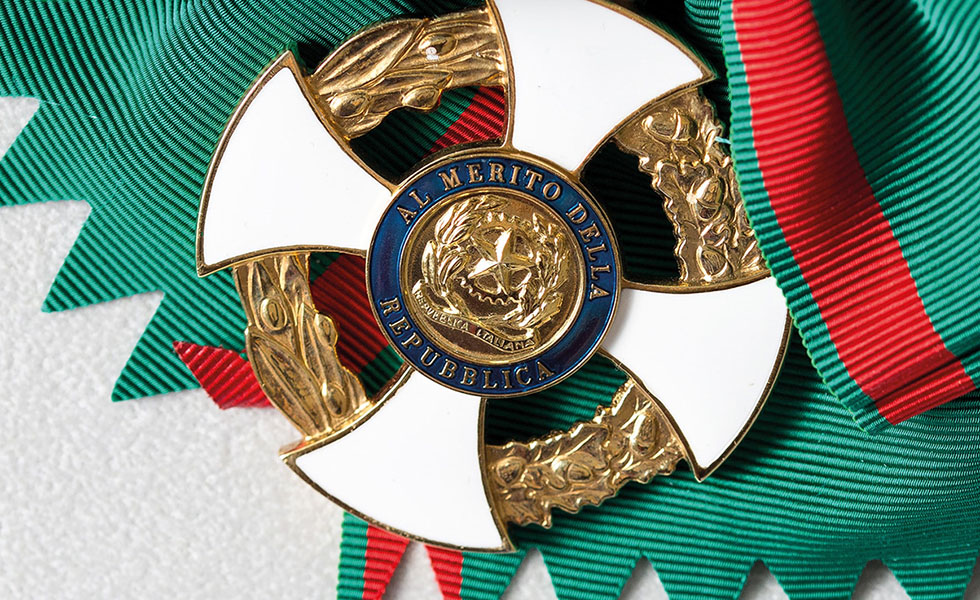 The President of the Republic Sergio Mattarella, motu proprio, has awarded two Calabrians the honor of Knight of the Order of Merit of the Italian Republic: they are Stefano Caccavari ... 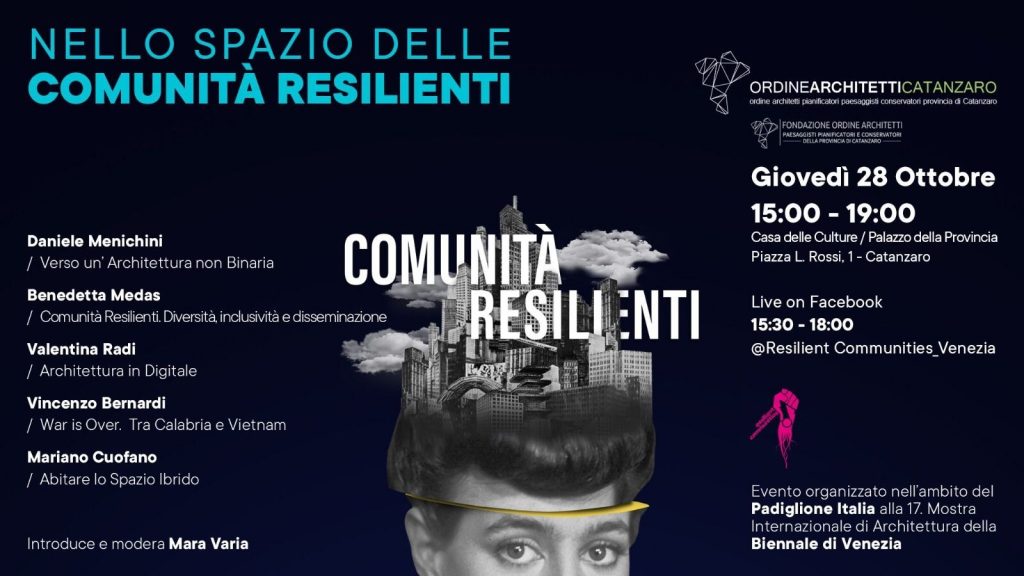 Catanzaro, architects in comparison "In the space of resilient communities"

Resilience and Resilient Communities at the center of a debate organized by the Order of Architects of Catanzaro in collaboration with the Italian Pavilion of the 17th Architecture Biennale ...

Trasmed and Grimaldi: the new routes with the rest of the world

Trasmed is the new shipping company born following an agreement, signed in Madrid during the past months, between the Grimaldi and Trasmediterranea companies .... 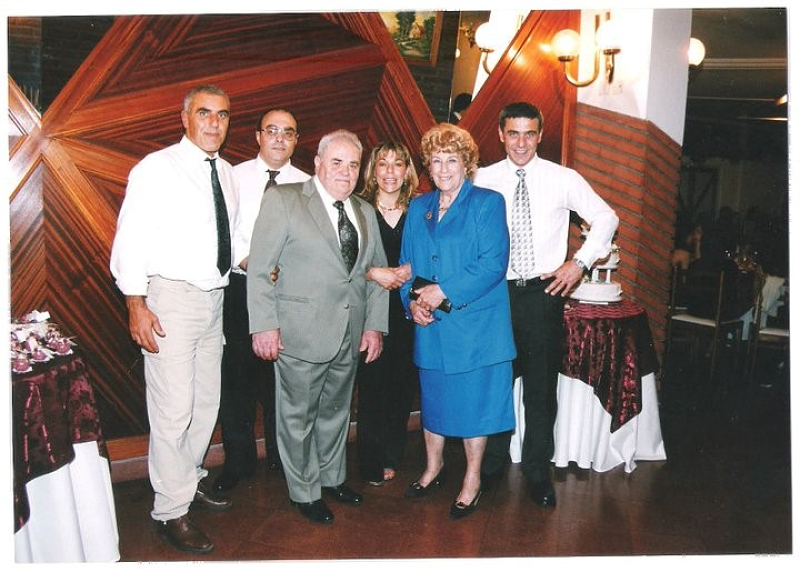 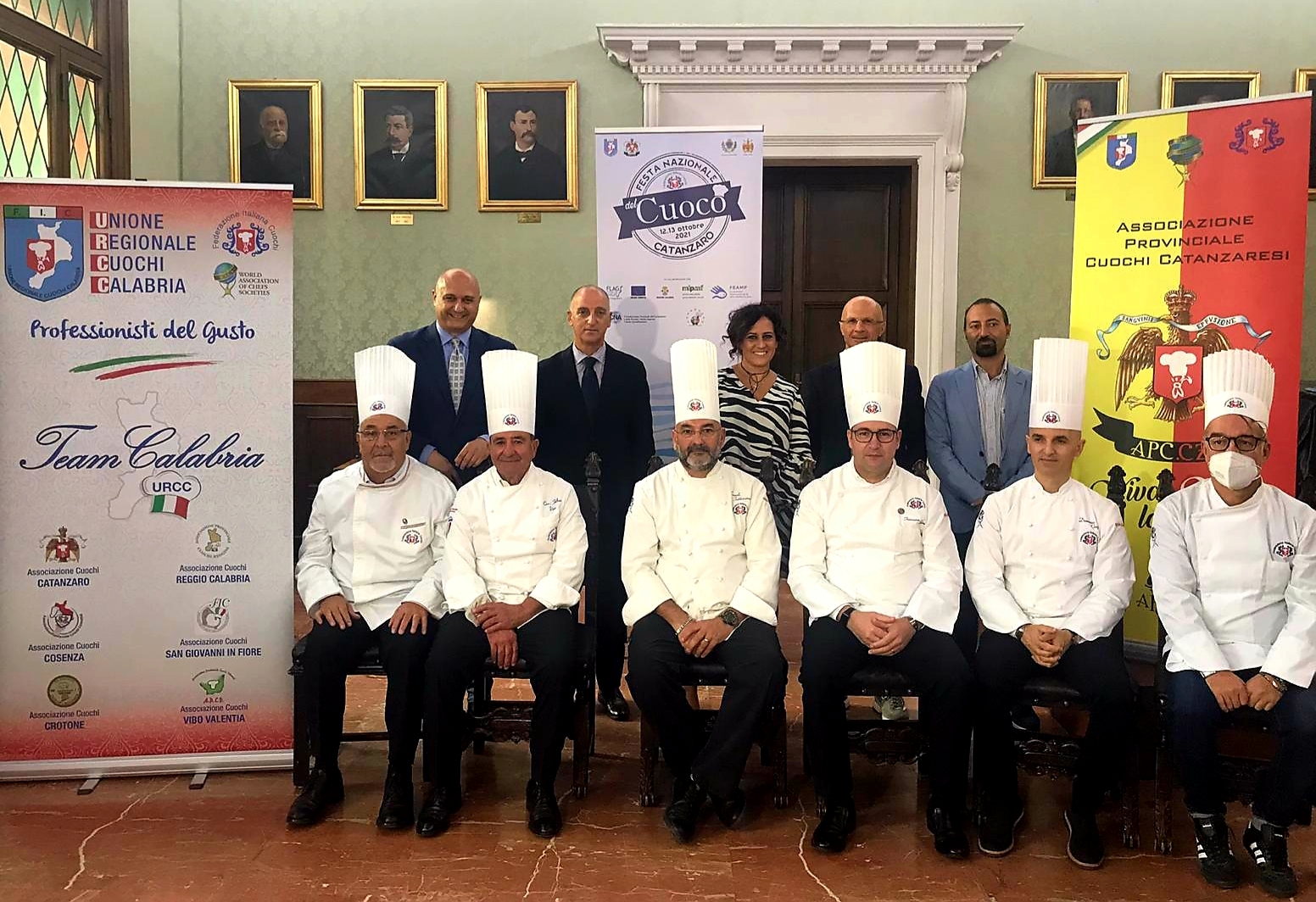 FOOD, WHAT DO WE DO
Team:
itCatanzaro 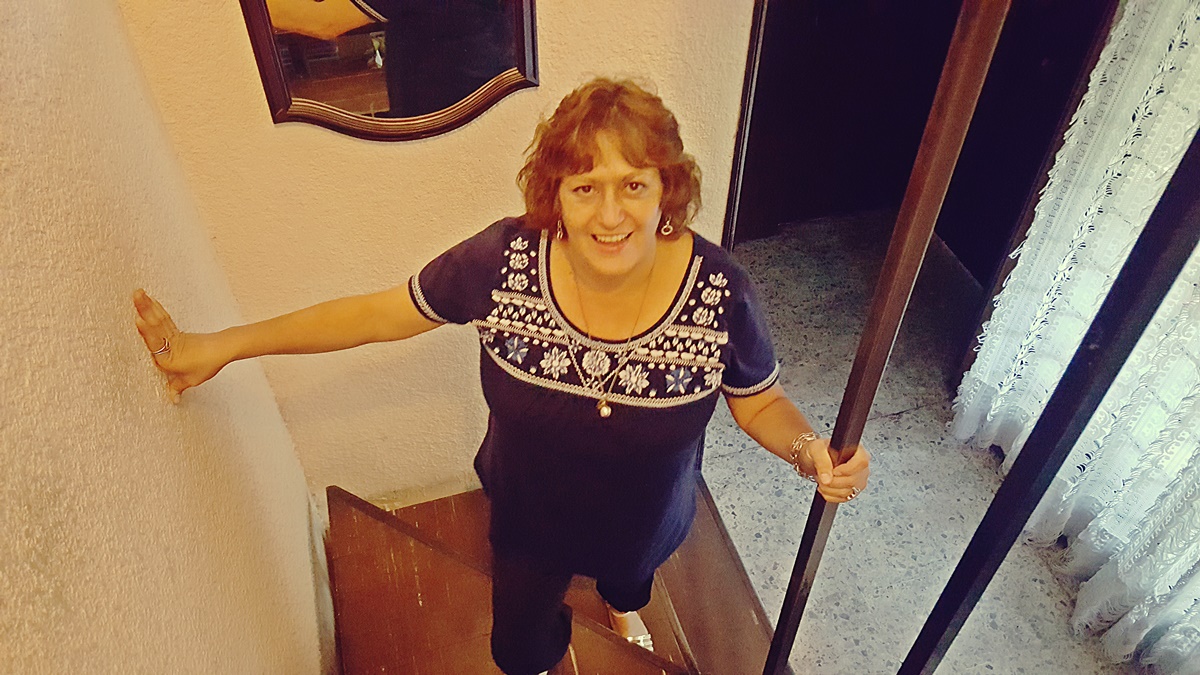 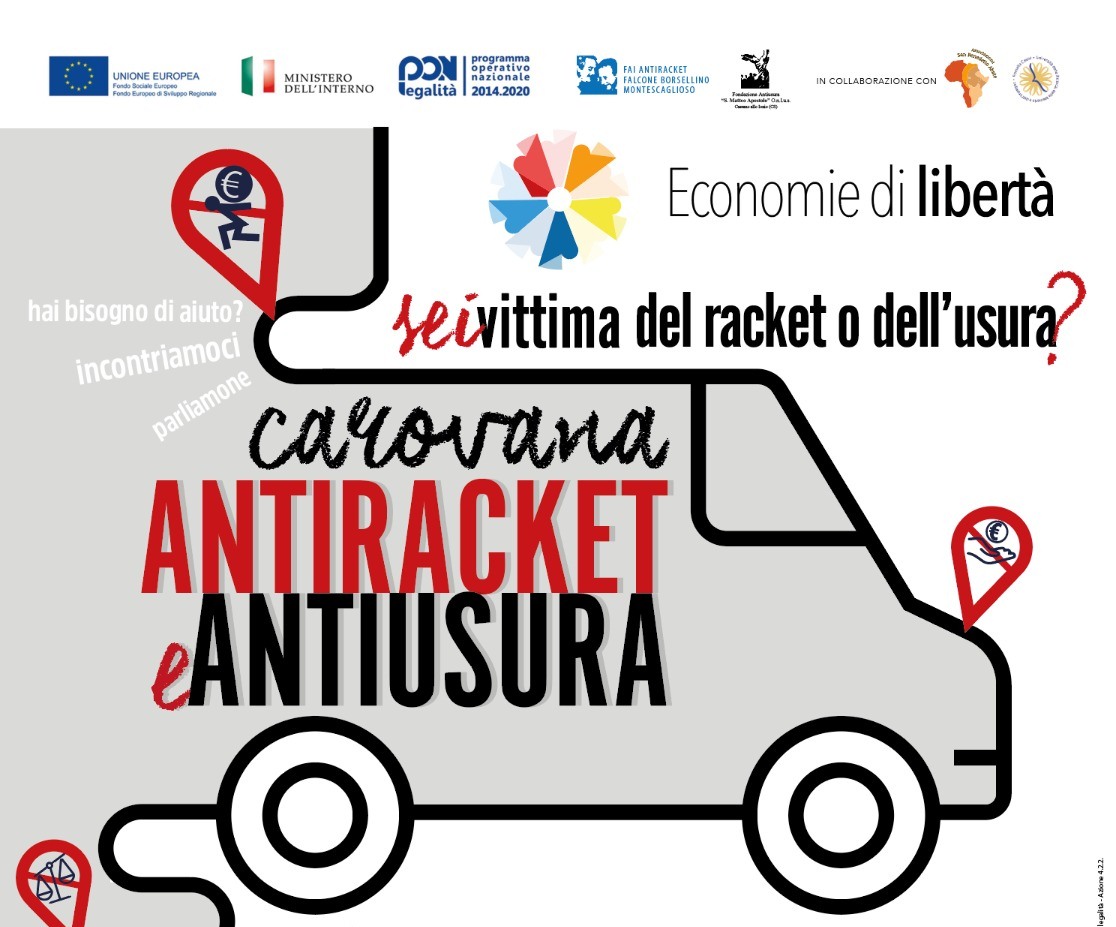 ASSOCIATIONS, WHAT DO WE DO
Team:
itMatera

Caravan against racketeering and usury: protections of legality in Basilicata and Calabria 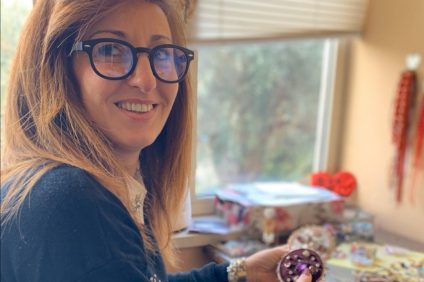 Italy to promote
Lamezia Terme
Passion, determination, desire, attention to detail make Kristina a beautiful representative of what in the world is referred to as "Italianness".
Suggested by: itLameziaTerme
[ratings]