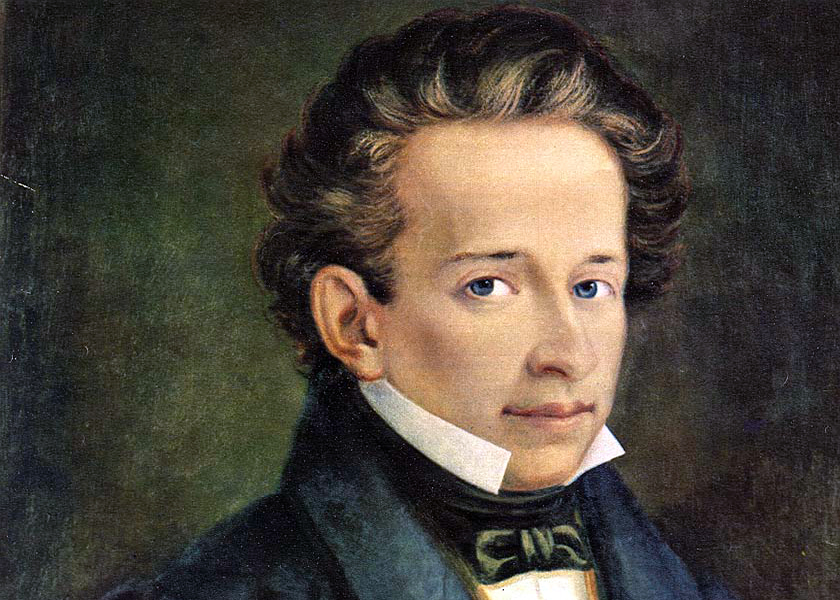 Leopardi: his private rooms open to the public, from June 18th

The poet. The poet of “the infinite”. The fabulous young man. Symbol of Italian romanticism. For the first time the public and anyone from the world who wants it, will be able to visit, in a completely new guise, the walls that welcomed him. Casa Leopardi “where I lived as a child.” The extraordinary new itinerary. Accessible from today, June 18th. To touch his memories and try to imagine the sense of infinity that moved him.

It was to be inaugurated last March but, due to Covid, the opening was postponed. So today the doors of the historic mansion of Recanati open. The one where little Giacomo lived with his brothers. A careful restoration has allowed the reorganization of the main floor and the rooms. Therefore it will be possible to visit the bedrooms that his father had obtained from the north-east wing of the building, known as brecce, from the river cobblestone pavement. An environment where every day the poet’s gaze and mind wandered, where his melancholy and genius matured.

The new itinerary is part of the larger project Where I lived as a child. In progress for years, it aims at the progressive reopening of all the poet’s places, expanding access to new domestic spaces. The library, the triumphal hall, the garden, the sitting room where the three brothers used to meet and their private rooms. A unique journey. A rare opportunity.

Leopardi: the poet and philosopher

Leopardi is usually associated with a sense of restlessness, of vague sadness. They derive from his childhood. They derive from the hours spent in that house that we now have the opportunity to visit with new eyes, where Giacomo shared the hours with Carlo and Paolina, his brothers. Where together they saw (felt, breathed) the mortification of the father, from whom the management of the assets was subtracted, and that gave the leadership of the family to his wife, Adelaide Antici. Matrona, although mother. Dodge and iron, manage that beautiful, disturbing and sad house with a bigoted and anaffective attitude. An unenviable childhood. The internal instability of the Leopardi house seems to find perfect echo in the political wind that was breathing on the street, outside its walls. Years of turmoil, the Italian Risorgimento was being prepared.

Romantic feelings are welded to national feelings. The desire for redemption and the afflatus for one’s land overcome the same attachment to life. Leopardi’s thought runs fast, is formed and deformed. The body inside the walls, the mind outside. The first Leopardi philosophy, the Zibaldone, the epistolary diary shared with Pietro Giordani, comes to life. From his home, to infinity.

A restless soul raised in a place of superhuman silence and profound quiet. A quiet that marked him in health, early. Leaving Recanati’s house, Leopardi travels because he wants to understand, understand: Rome, Bologna, Florence. But the distance accentuates the evil that is consuming it.

He lived elsewhere and elsewhere he met the excellence of new Italian thought: Manzoni, for example. But the evil hatched in that house whose atmosphere we can breathe for the first time today has the upper hand. Leopardi died at 39 years old, in Naples, far from those walls. L’infinito, A Silvia, Il sabato del villaggio and the immense of its intimate poetics survive him. And they will survive us. And to the children of our children’s children. Casa Leopardi, where I lived as a child: available to us from today 18 June. An opportunity not to be missed.