It was 1781, a particular period for Italy, which soon hurried to a new life cycle. Also with regards to children’s tales and stories.

In the aftermath of Unification, the beautiful country supported a period of change, of stabilization. This was the moment when the best known puppet in the world, “Pinocchio“, was also born for the first time. It was created by dad Carlo Lorenzini, stage name Collodi. The writer gave shape and face to one of the most interesting figures of all time. Loved by both adults and children and always studied because of its enormous peculiarities.

For the first time, on July 7 of that same year, the writer, Lorenzini, who at the time was starting to make his voice thanks to his particular stories, proposed a new story to the public. The protagonist was precisely Pinocchio. A very particular wooden puppet, created by the hands of master Geppetto. Pinocchio was capable of dreaming and having all the feelings, fears and vitality of a real child.

In that hot summer, the story was first sent to the editorial staff of the children’s newspaper. It was a supplement, directed by Ferdinando Martini, which was published every Thursday in the Florentine newspaper “Fanfulla”. The title of the first story was “La storia d’un burattino”.

Since its appearance, the text aroused great interest. A large audience, which over time began to get passionate about the stories of this little boy with a wooden heart.

In 1883, the book entitled “The Adventures of Pinocchio” was printed, inside the premises of the publisher Felice Paggi, who thanks to this volume, had great prominence and fame over time.

Enrico Mazzanti was commissioned to create the illustrations, again for the first text. To date it is estimated that Collodi’s work was translated into 240 languages. A worldwide phenomenon, a climb to success that the then penniless Collodi could not have imagined.

From paper to cinema, up to the reproduction of Roberto Benigni’s film

Over the years, the story had so much fanfare that even Walt Disney decided to make an animated film dedicated to the story of Pinocchio in 1940.

However, the film made by the Italian actor Roberto Benigni in 2002 had a great success, almost as much as the first release of Collodi’s story. The cinematographic masterpiece has some differences from the text. A sort of reinterpretation that is not displeasing to the public at all, indeed that has really appreciated it.

It coasted about 45 million euros, it seems to have been the most expensive film in the history of Italian cinema to date. His reinterpretation did not disturb anyone, on the contrary, he created a new way of interpreting the famous Pinocchio. The actor starred in the role of the famous puppet, in this case played by an adult, while in Collodi’s text it was a boy. Many small but subtle differences like this, which have given the story a new imprint, which has aroused interest and appreciation.

Pinocchio is a classic that never goes out of style. A unique piece made with great skill that deserves to be seen, read and reread again and again. 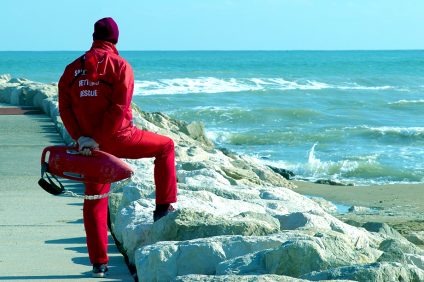