Pork loin, from a curious historical episode to the table

Pork loin for a healthy and light meal! Generally, the term “pork loin” refers to the whole part of the back of the slaughtered animal up to the loin. However, more commonly we refer this kind of roasted meat.

Loin is a lean and nutritious meat. We generally roast it in the oven, cook it on a spit, or it can be overcooked in a saucepan. This fine meat is highly flavored with spices and goes well with various sauces and side dishes. Among the oven cooking, the most spectacular ones are in salt or bread crust.
The accompanying sauces and the most common condiments abound in colonnata lard, new potatoes, white onions, or plums and annura apples. Historically, pork loin is quite common in Tuscan cuisine. Here, is mainly cooked on a spit or in the oven. In this cooking, the “triptych” of aromas consists of garlic, pepper and rosemary. In this regard, legend has it that the term ‘loin’, also known as ‘arista’, was born precisely in Florence around 1439, during the ecumenical council. Cosimo the Elder strongly wanted this council between the Roman and Greek Church.

During a banquet, in fact, the Greek cardinal Basilio Bessarione, after tasting some roast meat, exclaimed: “Aristos!” This Greek word means “the best”. Florentines believed that the cardinal was referring to a specific piece of meat and, so proud of the compliment, they began to repeat it. From here, the pork loin acquired the Italianized term “arista”. However, there is also a document from 1287 that mentions a pork loin, and the novelist Franco Sacchetti, at the end of the fourteenth century, speaks of “a loin roast”. History aside, the dorsal portion of the pig from which the loin is obtained is quite extensive, in fact, it starts from the end of the capocollo, extending to the ankles. Sometimes the names “arista” and “loin” are misused as synonyms. In any case, the cook decides whether to use only the loin and to separate any fillet or not.

How to cook pork loin

Pork loin is therefore a dish with extremely variable nutritional characteristics and easy to cook. To prepare this healthy food, for example, we can get 800 g. arista, 2/3 pieces of carrots, sage, extra virgin olive oil, and a clove of garlic. We will also need half an onion, some butter, 500 ml of milk, salt and pepper.

Then, we have to tie with a string the loin pieces of carrot and sage leaves. We will arrange everything in a pan with olive oil, garlic, onion, and season with salt and pepper. At this point we will add butter and milk and cook until the liquid is completely absorbed. Once cooked and cooled, it can be cut and served. You can also take lager beer, and follow the same procedure, but replacing milk with beer.

Also interesting is the sirloin with oranges typical of Tuscany, where it is prepared in many butchers for Christmas or other holidays. Citrus gives the meat a sweet and sour taste, very captivating and also tantalizing. In this case, it is better to take the loin with the bone, massage it with minced garlic and rosemary. We will cut two oranges into rounds, tying them to the meat and we will arrange everything in a baking dish with oil, salt and pepper. We will bake it until meat becomes soft and juicy. A variant suggests to add bacon and flaky truffle. We will bathe with white wine and season salt and pepper and cook until it becomes golden brown and soft. Them, we will cut it into slices, perhaps serving it with spinach or roasted potatoes. Enjoy your meal! 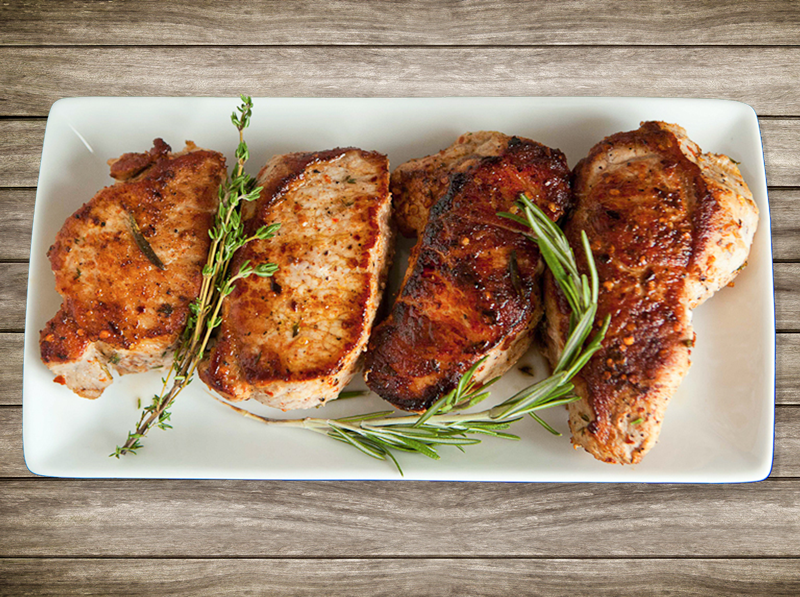