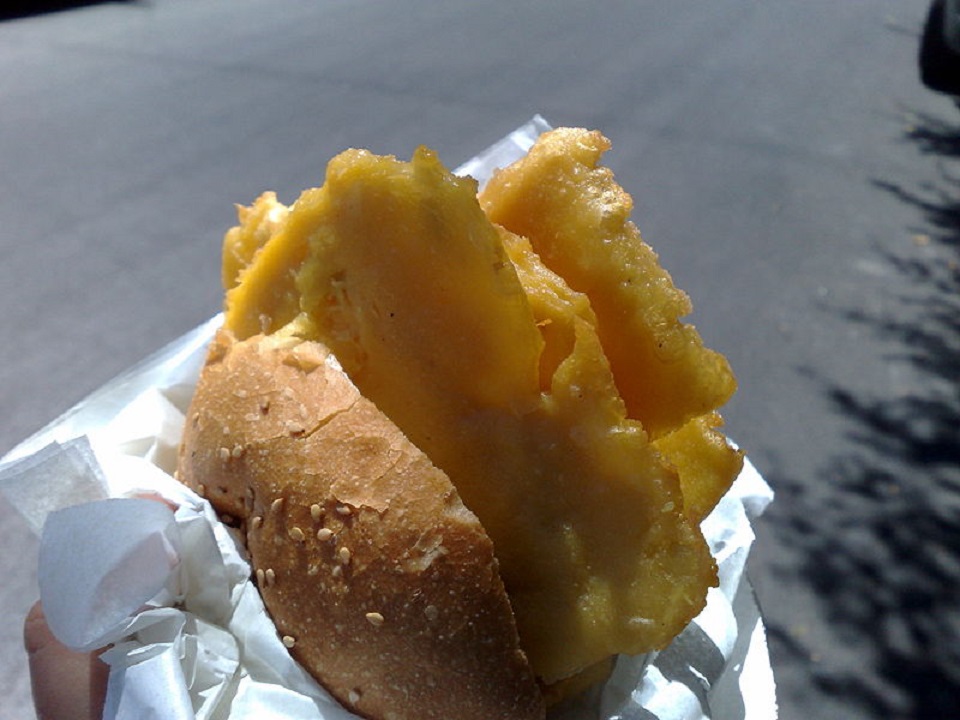 "Bread and panelle", but also "Pani ca meusa", croquettes, "Stigghiole", boiled octopus, arancini, cannoli. When it comes to “street food” in Sicily these are the foods that come to mind. Because we can say with certainty that the three words “Sicilian street food” contain a real infinite universe of delicacies. If you think of spending your holidays in Sicily, know that you risk gaining weight. Because there are so many good things to taste and so many places and cities that prepare them with ancient recipes handed down for generations.

Sicilian street food, the most succulent foods from Palermo to Catania

Crossing the island you can savor many delicacies. In fact, Sicilian cuisine is one of the most popular in the world. But it's street food, it's a separate chapter, between flavors and tradition. From one province to another in Sicily there is only the embarrassment of choice. Without a doubt, street food means many cheap foods, cooked and consumed on the street. Health checks in many cities are tight today. And therefore the various traders respect the rules and maybe cook at the door of their business.

But many Sicilians love food above all, like the “stigghiole” of Palermo that are really cooked on the streets. Every day in the late afternoon the streets of the Sicilian capital are flooded with smells, strong flavors and smoke coming from the barbecues around the pavements.

In Sicily food is sacred and street food is therefore even more so. So let's start a taste overview. In Palermo you can first of all taste the "Bread and panelle". It is bread with the characteristic fried fritters inside made with chickpea flour. And then the "Pane ca meusa", which can be "Schetta" - single - or "Married" - double. It is bread stuffed with meusa, spleen and calf's lung. The two foods are fried in lard and on top with a squeeze of lemon. And this is only the light version, in fact schetta. The most popular one, precisely married, involves the addition of ricotta or flaked caciocavallo. And then the potato "Crocchè", fried instantly. Still another street food in Palermo is sfincione, a special and soft “pizza”, topped with onion, anchovy and caciocavallo sauce.

And how can we forget the "Stigghiula" which derives from a traditional Greek dish. It is a skewer of lamb (or veal) intestine wrapped around a spring onion. Grilled, seasoned with salt and lemon. In Palermo there are many stigghiulari stalls.

Then the typical sandwich with horse meat is also back, which can be tasted especially in Catania, in the classic rite of “roast and eat” among street vendors, that is, roast on the street and eat instantly, so as not to lose all the taste that is released from the embers. And for the strongest palates, the “sanguinaccio”, especially from Catania, a typical dish produced using the pig's gut, filled with the animal's blood and cooked in the traditional “quarari” in the streets of the city.

And then the arancino or arancina, depending on the city where you eat it, as well as the cartocciata, Or "Pani cunzatu" seasoned bread and other delicacies from the rotisserie. Even desserts can also be found in Sicilian street food: such as iris, the fried donut without hole filled with ricotta or chocolate or the classic ricotta cannoli, filled instantly, or the sweet almond granitas that are found in many city. In Ragusa, however, the typical scacce, cooked focaccia, stuffed with ricotta or other products and rolled up.

And after this list of delicacies, we cannot fail to trace a bit of history. Because if by now Sicilian street food has specialized so much that it is known and imitated in many parts of the world, it is impossible not to know its origin. It is a cultural factor, a modus vivendi that has a long tradition. It is said that, for example, the panelle are of Arab origin, while the sandwich with the spleen could date back to the Jewish communities. Like the cannolo that derives from the presence of the Arabs in Sicily, or the typical sweets that were prepared by the nuns of the convents. Poor food but still rich and well known. Street food now belongs to all Sicilian kitchens. Are you ready to taste it?