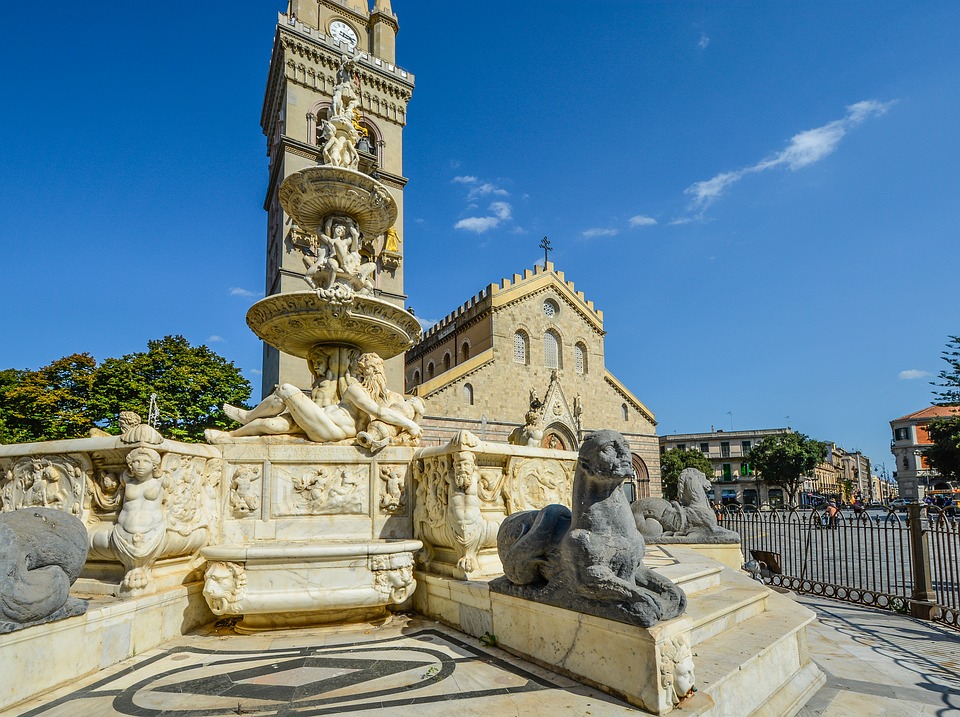 A sacred building rich in history, which has undergone many changes over the years but remains one of the most beautiful examples of Norman architecture. The cathedral of Messina had a long development, a masterpiece of art that has gone through many eras and above all many events that have changed it. Earthquakes, fires, which have led to many changes. It’s a building worth visiting if you are in the Sicilian city, to discover its history and its magnificence. We try to tell you some anecdotes.

The cathedral of Messina, its history

According to ancient documents, the construction of the cathedral of Messina dates back to 1120. The Norman king Roger II wanted it to be built. In 1197 consecrated by Archbishop Benzio and dedicated to Santa Maria Assunta. But unfortunately it has undergone many changes over the years. In 1254, a fire during the funeral in honor of Conrad IV of Swabia, son of Frederick II destoyed the wooden paneling of the ceiling, stained in color. Some fragments are kept at the Messina Regional Museum. The earthquake on December 28, 1908 was devasting: the cathedral was almost completely destroyed. Only parts of the perimeter walls and apses remained. But despite the rubble, the reconstruction started. And the new cathedral consecrated on August 13, 1929.

And again in 1943 the cathedral of Messina suffered a lot of damage due to the bombing of the allies. But the construction site was always restarted. And the work done over the years has tried to preserve the ancient Norman structure in the architectural lines. The oldest part of the building is the lower facade made up of polychrome marble bands. And then over the years many works of art of exquisite workmanship and many monuments have been built. Including that of Constance of Castile, wife of Frederick III of Aragon and Alfonso II, king of Naples. The mosaics of the central apse with Christ Pantocrator on the throne date back to the fourteenth century, an image that recalls the characteristic “Greek manner” found in other Sicilian sacred buildings.

Imposing bell tower of the cathedral of Messina

In the cathedral of Messina of particular importance is the bell tower, built after the earthquake of 1908, on a project by the architect Valenti. 60 meters high on a square base of 9.60 meters on each side. Four orders characterize the structure, delimited by a cornice, which ends with a crenellated frame and reaches 48 meters in height. Four cusps at the top that surround the central one. And then the complex mechanism of the mechanical-astronomical clock of the bell tower is characteristic.

Suggestive front door and its interior

The prospect of the cathedral of Messina with three front doors is imposing. The central one is laterally framed by two twisted columns resting on two lions. Then there are small overlapping aedicules with statues of saints and angels and the Statue of the Virgin made by Mazzola. Inside, the naves are separated by two rows of 12 columns. And then the marble statues representing saints and the famous chapels of the apostolate. There are twelve niches with statues representing the Apostles.

espite the numerous destructions and reconstructions, the Cathedral of Messina still fascinates visitors today for the beauty and elegance of its lines. Inside you can see several funeral monuments of archbishops who survived various destructions, as well as the almost entirely original mosaic of the left apse.

Curiosity about the organ

Inside, as well as admiring the ceiling and the naves, you can see the organ complex. Considered the second largest in Italy, it has 5 keyboards, 170 registers, 16,000 pipes. The Tamburini company of Crema created it in 1948.