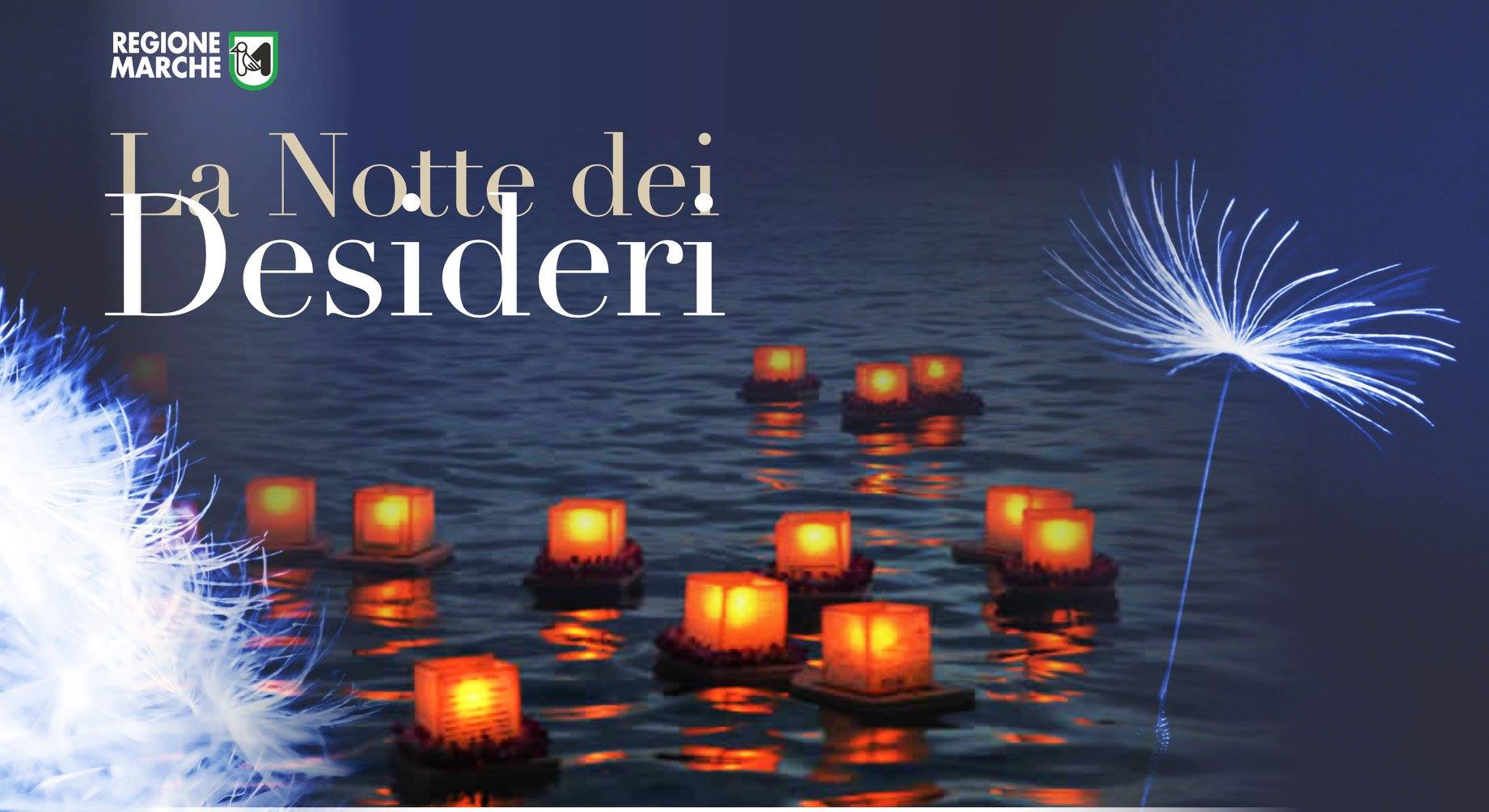 The Night of Desires on the Marche Riviera, the event that lights up the summer

The Night of Desires, on the Marche Riviera, remains one of the brightest and most sparkling events of the summer. This year in its fifth edition, the initiative promoted by the Marche Region Tourism Department is scheduled for Friday, July 31 and will involve all coastal municipalities. It will be a long magical night, dotted with millions of lights and animated by lots of healthy fun. An unmissable event, full of music, shows and cultural events, ideal for being in good company and dreaming by the sea. A special way to celebrate summer under the starry sky in late July and make at least one wish. Because everything is possible in a single night like this. You just need to close your eyes and believe it intensely.

The Night of Desires will involve 23 municipalities

The most exciting night of the Marche Riviera will cover 173 kilometers of coastline. This festival, in fact, will involve 23 municipalities, from Gabicce Mare to San Benedetto del Tronto, with an intense program of events that will take place in compliance with the rules of social distancing. The initiative aims to celebrate and encourage holidays by the sea and in the municipalities of the Marche hinterland.

Moreno Pieroni, Councilor for Culture and Tourism, commented on the event: “This fifth edition of La Notte dei Desideri represents the spirit of synergy and team that the Marche Region has put in place to enhance and increase the welcome Tourism. Special thanks go to all the municipalities and trade associations that are working to make this evening unique, proposing it as the night of the Marches and the many tourists who frequent our beaches and our territories”.

The Night of Desires will remember Ennio Morricone

Among the countless initiatives scheduled, there will be theme dinners with the “Menu of desires”, free shows and concerts, animation for adults and children, delivery of various gadgets. In the municipalities of Marotta and Mondolfo, in particular, the evening will be a tribute to the unforgettable composer Ennio Morricone, who will be remembered with the diffusion of the soundtracks and the projection of the films that made him famous in the world. All appointments in the calendar are available on eventi.turismo.marche.it.

The Night of Desires, social and radio moment

The Night of Desires can also be followed online and on the radio. Seven Marche radio stations: Radio Arancia (Numana and Porto Recanati), Radio Azzurra (Cupra Marittima), Radio Fano (Fano), Radio FM (Porto Sant’Elpidio), Radio Linea (Civitanova Marche and Porto San Giorgio), Radio Velvet (Senigallia ) and Radio Veronica (Gabicce Mare) will be live simultaneously to accompany even those who cannot celebrate on the beach. Even the most listened to in the Marche will remain connected to each other, from 9 pm to midnight. Social media will also contribute to spreading La Notte dei Desideri thanks to the hashtag #marchedeidesideri and the Marche Tourism channels, including Facebook, Twitter and Instagram. The common denominator of the event will be the dress code: the clothing to be worn must be strictly white again this year, in the name of tradition.

Plenty of selfies to smile together

It will be the night of desires but also the night of smiles. Participants are in fact invited to take selfies, to spread a wave of positive energy everywhere. The “Wish Point” will be set up in all coastal towns. Here the Photobooth will be present, where you can take your selfies to be published on social networks to receive the “torch of desires” as a gift, powered by a dynamo, a distinctive sign and reference to the particular attention that the Marche Region reserves for environmental sustainability.

A flash mob of lights will turn on the coast

The highlight of the evening is scheduled for 11 pm, when a suggestive flash mob will light up the night of the Marche Riviera. Audience will make the lights of their smartphones and torches shine. A fun competition between the municipalities involved will reward the ten most exciting photos taken from the illuminated squares. The municipality that will send the most will be proclaimed Photo Winner. Truly unforgettable moments are expected for the Marches and for tourists who want to participate in the event.

Those who, however, cannot be there, just have to wait a few more days, to entrust their wishes to the bright trail of the shooting stars, in the most awaited Augustan night: that of San Lorenzo.