We tell you a story, but we starti it at the end. It’s July 15, 1997, a morning like many others in Miami Beach, among palm trees and millionaire villas. Along those tree-lined avenues stands Casa Casuarina, the luxurious residence where the stylist Gianni Versace lives together with his historical partner Antonio D’Amico.

That morning in mid-July, after returning from his usual walk, Versace’s life meets its dramatic epilogue. The stylist is found lifeless. The armed hand that killed him with two shots belongs to Andrew Cunanan. His killer already has other murders behind him, he will be found suicidal a few weeks later. Versace has died, but his brand, like an extraordinary dream, will continue to live.

From Versace tailoring to catwalks in Milan

It’s known that the history of the brightest stars always begins in dim light. This was also true for Gianni Versace. The designer was born in Reggio Calabria on December 2, 1946. Being born in a difficult land has probably spurred him to find the strength within himself to emerge. So much so that since childhood he has given impetus to his creativity. He learned the first rudiments of the trade which, in his hands, became art, at an early age, among the fabrics of his mother Francesca’s atelier.

Even today, in the center of the Calabrian city, near the cathedral, there’s still a Versace boutique. The elegant shop is located in the same place where his mother’s tailoring was located at the time. In that atelier the passion for fashion and the innate talent of the future world-renowned designer has made its way.

The years of the apprenticeship in Milan

Like so many of his peers, success for Gianni Versace must be pursued far from his homeland. In fact, in the early seventies he moved to Milan In the Italian capital of high fashion he put his skills and creative flow to good use. The Lombard capital is a sort of Mecca for every aspiring stylist. It will be right there, in those years, that Versace will obtain the first satisfactions in the professional field. However, we must wait until 1978 to finally see a women’s collection signed with her name on the catwalk. Until then, the designer has been busy designing collections for other fashion houses including Florentine Flowers or De Parisini di Santa Margherita.

It is the artist’s classic dues: the young Versace is tenacious, he intends to reach the Olympus of fashion. However, it is still time to learn and make your way. It is the time of sowing. The harvest, however, was not long in coming.

Gianni is not alone. He has never been alone, even when he had to leave his home. The family has always been that cord of protection and support that has held him by the hand since the first steps in the tailoring of mother Francesca. In fact, a few years after his arrival in Milan, in 1976, his brother Santo joined him. The latter is bigger than Gianni, more experienced on the economic front. Santo Versace is not an artist properly understood. His professional background has nothing to do with fabrics and patterns. He works with numbers, statistics and money. On his business card there is a degree in economics and business and a professional studio in Messina. His arrival alongside his younger brother just when he is making a name for himself is therefore providential.

With Santo in Milan, a new scenario opens up on Gianni’s ambitions: a personal brand. The two brothers’ project is also shared by their friend Claudio Luti. So much so that in 1978, Gianni Versace Spa entered the Gotha of Italian and world fashion in all respects. Since 1997, the year of the tragic departure, the brand has been managed by Santo and his sister Donatella, who have honored the designer’s brother’s enormous legacy with creativity and resourcefulness. Donatella had joined the company in 1988, called by her older brothers to launch the brand’s youth line: the Versus. Once again, the family is the glue and strength of the Versace brand.

The love of a life

But a family is a living organism that expands. Incorporate new faces and deeper feelings into your embraces. In this sense and in a time when still associating the word family with a homosexual couple seemed impossible, Versace finds love. The solid one with which to build a life project. In fact, in addition to professional satisfactions, the eighties also began with the birth of an intense and lasting relationship with Antonio D’Amico, a former model and designer. The latter will accompany Versace until that tragic 15 July 1997. It was D’Amico who found the lifeless body of the designer, so much so that for many years he suffered from a deep depression.

Versace at the theater and to conquer the world

These are also the years of interest in theater and expansion to foreign markets. In the first case, for example, Gianni Versace has designed the costumes for the ballet season of La Scala in Milan and for Donizetti’s Don Pasquale of the Piccolo Teatro in Milan.

In the second, however, the brand begins to be launched first in France and England, then in the United States thanks also to the Versus line. These are the years in which Versace’s creations meet the most popular top models of the time, such as Claudia Schiffer, Linda Evangelista, Naomi Campbell and Cindy Crawford.

The Versace style, an unmistakable trait

Varsace was considered a revolutionary stylist, so much were the characters of his style original. The peculiarity of his creations lay above all in the mixing of the materials. In order to pursue a final product that combines sensuality with beauty and audacity, the Versace style tended to mix fabrics and materials together. In his creations, therefore, elements that never touched each other found their junction.

On the most important catwalks in the world models paraded wearing silk and leather combinations. The printed motifs married the embroidery; wire nets defied plastic. Versace’s inspiration, so dazzling and innovative, could have shone for many more years if there hadn’t been that tragic 15 July. However, the explosive force of his creativity has not been silenced by two gunshots, but thanks to the commitment and dedication of his sister Donatella, it still shines today. 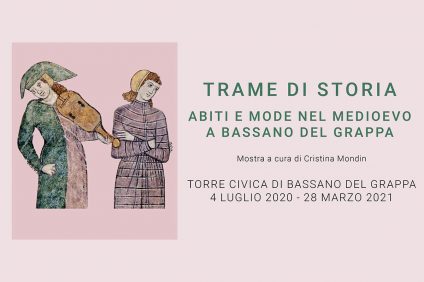