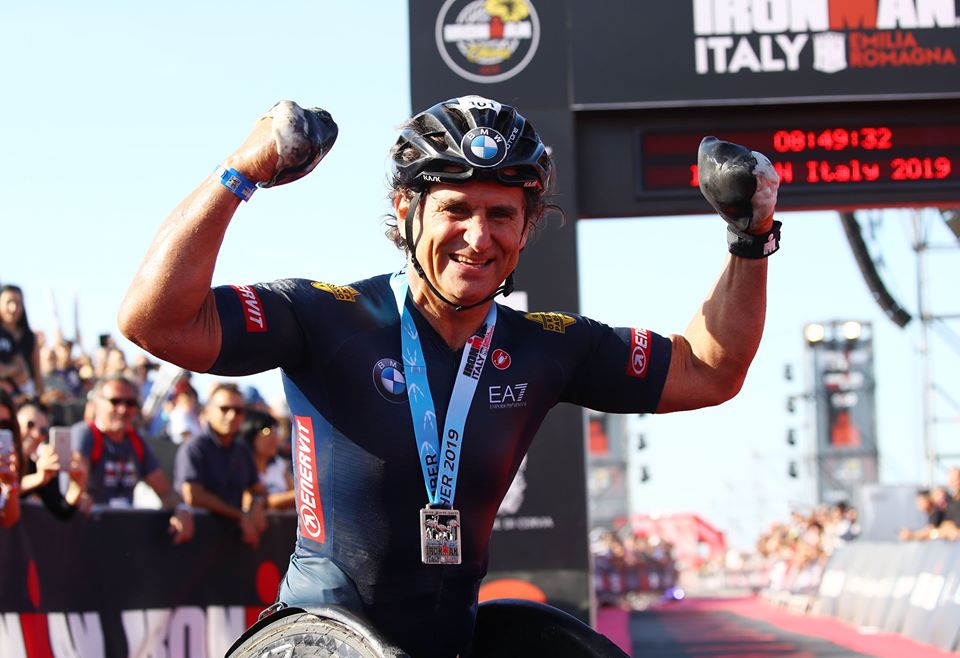 Zanardi and his battle: transferred to a rehab clinic

“Dad will make it once again.” The hopes of all Italians, still in suspance for Alex Zanardi’s health, are enclosed in these words wirtten by his son Niccolò. “He will make it,” repeated the son in an interview with the “Corriere della Sera” as he always did. Faced with another serious accident, Zanardi has not stopped. Now he will continue his struggle from the neuro-rehabilitation center. Tuesday, in fact, the news that many were waiting for. The athlete was discharged from the Policlinico Le Scotte di Siena where he was hospitalized after the terrible handbike accident. Transferred to start the long recovery path. Zanardi’s strength and his rebirth are contained in those simple reassuring and hopeful words by his 22-year-old son.

Zanardi and his strength after the accident

The athlete had been hospitalized on June 19. Zanardi was involved in a very bad accident with his handbike. Operated twice on the brain and once on the face to reduce fractures. And while the investigation continues to try to ascertain the modalities of the impact, he tries to restart. His discharge from hospital was announced by the health management of the Sienese hospital-university with a note. The rehabilitation will continue at Villa Beretta, in Costa Masnaga, in the Lecco area. His condition remains serious but stable.

“The sedo-analgesia program to which the athlete was subjected has ended – the doctors clarified in the note. After the suspension of sedation, the normality of the cardio-respiratory and metabolic parameters, the stability of the general clinical conditions and the neurological picture allowed the transfer of the champion to a specialized center for recovery and functional rehabilitation”. Doctors from Siena, as the general manager of the Sienese Aou Valtere Giovannini reiterated, will remain at the disposal “of this extraordinary person and his family for the further phases of clinical, diagnostic and therapeutic development, as always happens in these cases”.

Zanardi’s recovery and strength despite suffering

As the facility’s doctors explained, the athlete underwent three surgeries, showing a path of stability of his condition and vital parameters “which allowed the reduction and suspension of sedation”. And his son, Niccolò, in an interview with Corriere explained the athlete‘s state of health and testified once again to Zanardi’s courage and great strength.

The testimony of the son

“Dad is fine, thanks – said the 22-year-old. I mean, he looks better. The doctors explained us in detail the whole path that will have to follow. They give us a lot of good news. But the best is that today we are already here, for rehabilitation, and only a month has passed, exactly one month since the accident.” The young man added that the athlete “is no longer life-threatening”, but that the path ahead is very long. “We are also happy – he added – because his recovery was much faster than we expected. But it shouldn’t be surprising: this is dad. The energy of that man is incredible, he has extraordinary strength.”

And Zanardi’s family is well aware of the affection of the whole of Italy for the athlete. Anyone hopes that recovery is really possible for a man who has never given up and who despite the umpteenth trial will once again manage to bring out all the strength and courage that distinguish him.