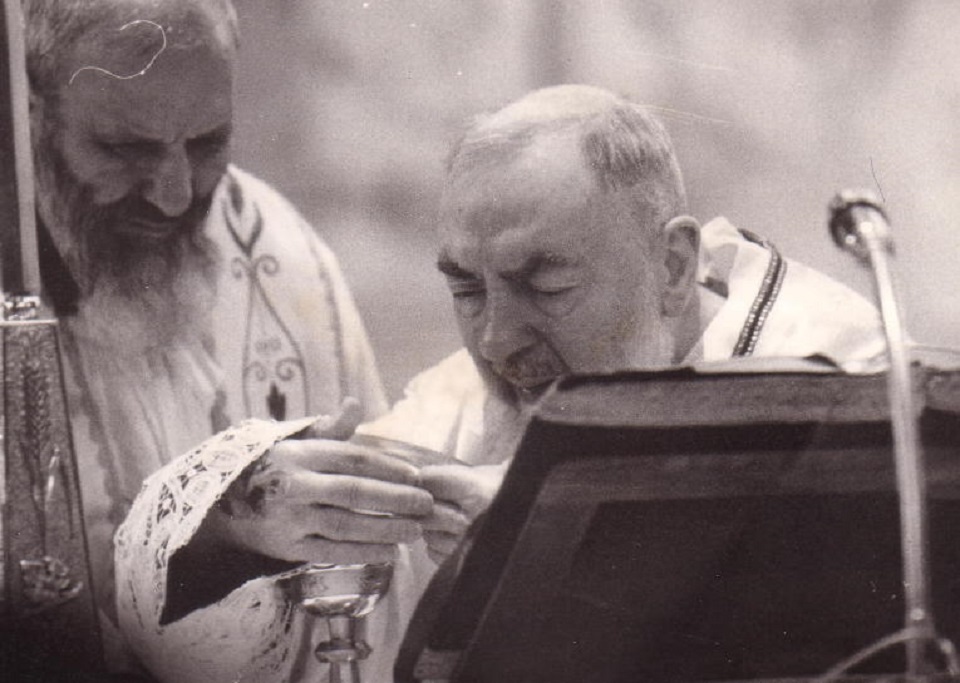 “Tomorrow, the feast of San Lorenzo, is also my feast day. I have already begun to feel the joy of that sacred day for me again”. Simple words full of faith that belong to a young Saint Pio from Pietrelcina, who has recently become a priest. For him, in fact, August 10 of each year was a special day, because it was the anniversary of his ordination. And now, after many years since his death, his brothers still remember that day, with prayer and reflections, to preserve the memory of a great saint of our day.

San Pio, one hundred and ten years ago his consecration to God

Padre Pio, or Saint Pio, as everyone venerates him today after his canonization, is one of the most controversial and full of mystery figures. But without a doubt a witness of the church, so much so that he is venerated by many faithful in Italy but also in the world. According to some witnesses, on August 10, 1910, Fra Pio left Pietrelcina to go to Benevento. And it was in the cathedral of the city that he received his priestly ordination from the hands of Monsignor Paolo Schinosi, archbishop of Marcianopoli. With him his mother and other priests. A simple and solemn ceremony, but touching for him.

And as a letter that Padre Pio wrote to Father Agostino two years after his priestly ordination testifies, that day was a moment of great celebration for him. “I am comparing the peace of heart, which I felt on that day, with the peace of heart that I begin to feel from the day before, and I find nothing different. The day of San Lorenzo was the day in which I found my heart more inflamed with love for Jesus. How happy I was, how much I enjoyed that day ”. But let’s take a step back and retrace the most important stages of his life.

The life of Saint Pio, and his special vocation

Born on 25 May 1887, Francesco Forgione was a religious of the Order of the Capuchin Friars Minor. It is said that very young, at the age of eight, he remained for hours in front of the altar of the church of Sant’Anna to pray. His life in San Giovanni Rotondo was characterized by a great popular veneration. In the South and in various Italian regions, the fame of this friar, thaumaturge and who had received the gift of the stigmata soon spread. But his life was the center of criticism and suspicion in ecclesiastical circles and beyond. And even after his death. Until the proclamation as a saint on June 16, 2002 by Pope John Paul II, who is said to have had a special bond with Padre Pio.

The stigmata and the veneration for St. Pio

When he received the stigmata for the first time, this mystical event led to an increase in pilgrimage in the Gargano areas. But for Padre Pio they were also the years of greatest physical suffering due to some strange diseases of which an exact diagnosis has never been obtained. A doctor tried to explain the stigmata, but clarified that “… the lesions that Padre Pio presents and the bleeding that occurs from these have an origin that our knowledge is far from explaining. Their raison d’être is far higher than human science”.

But soon afterwards a real persecution began. In fact, the clamor and curiosity that this episode caused forced the Church to forbid him from celebrating masses from 1931 to 1933. Many prayer groups were born, and Padre Pio did not stop. In fact, he was responsible for building a hospital, “House for the relief of suffering”, which will become a center of excellence in healthcare.

The signs of Padre Pio among the faithful

Despite his isolation lasted a long time, the veneration and affection of his faithful accompanied him. There are many signs such as the perfume he made people feel even far away, or the benefit of his prayer for the faithful who used him. His last mass at age 81 on 22 September 1968. The following night he died. And precisely on September 23 of each year the church remembers him. And many go on pilgrimage to the places of this great saint to retrace the steps and history of a witness of faith.