The famous newspaper The New York Times celebrated the city of Naples with an article by the American journalist Laura Rysman, entitled “36 hours in Naples, Italy”. It is a real guide for tourists, in which the journalist explains how to visit the Neapolitan city in 36 hours, guardian of great beauties. The article indicates some symbolic places of the city, such as Villa Pignatelli, but also the shopping streets of Chiaia and the doc aperitifs. There is no shortage of praise for the excellent Neapolitan food.

Laura Rysman invites the readers of the well-known American newspaper to visit Naples. These are some of his phrases that can be read in the article: “A glorious city, known for its vitality, with a shadow of threat, is now teeming with visitors. In this Mediterranean capital, guarded by Vesuvius, the number of tourists has more than doubled since 2010. Crimes have decreased (in particular the homicide rate and garbage)”.

The journalist also refers to Elena Ferrante‘s beautiful novel “The brilliant friend” and to the TV series and film “Gomorra”, which were shot in Naples, bringing attention back to a city that is too often underestimated and humiliated. “The popular Neapolitan novels by Elena Ferrante and the adaptations of Hbo, together with the gritty books, TV series and films on Gomorrah, – he writes in the New York daily – have aroused curiosity for a city that, in the past, was considered only a springboard to go to Capri, Amalfi and Ischia. And while the Archaeological Museum, with its extraordinary collection is a little neglected, the art, the social scene, the food represent an optimistic vision that recalls the glories of the Grand Tour. “

A phrase of the famous writer, poet and playwright Johann Wolfgang van Goethe, says “See Naples and then die”. The phrase, now known all over the world, synthetically expresses the extraordinary beauty of this city. A city full of contradictions, but extremely fascinating. Yes, because Naples is enchanting wherever you look: in the streets, by the sea, in the monuments and in the sumptuous churches; but also among the people, warm and welcoming. Because Naples is a “real” city. A place where history and modernity, beauty and decay, faith and superstition coexist.

In indicating the most representative places in the city of the sun, the American journalist refers to Villa Pignatelli, “the symbol of Naples among the brightest capitals of the 19th century.” It is a monumental villa, located along the Riviera di Chiaia. In neoclassical style, the sumptuous residence, which is enriched by a park, houses, inside, the Prince Diego Aragona Pignatelli Cortés Museum and the Villa Pignatelli Carriage Museum.

Things to see in Naples

In Naples, a tourist has so much to see. The city, which boasts a thousand-year history, is rich in architectural beauties, museums, churches, excavations. From Castel dell’Ovo, which rises on the islet of Megaride, to Piazza Plebiscito, where the majestic nineteenth-century church of San Francesco di Paola stands, passing through the characteristic historic center, everything speaks of charm. Among the works of art, then, a true masterpiece is the Veiled Christ, visible in the Sansevero Chapel.

The work, created by the sculptor Giuseppe Sanmartino, consists of a life-size sculpted statue, representing the dead Christ, covered by a transparent shroud made from the same block of marble. Its perfection is such as to leave anyone who looks at it speechless. But Naples is also famous for its cuisine. How can we forget the famous Neapolitan pizza, the sfogliatella and the babà? Naples is all this, but it is also much more. It is a unique and surprising city, which deserves to be celebrated, in Italy and abroad. 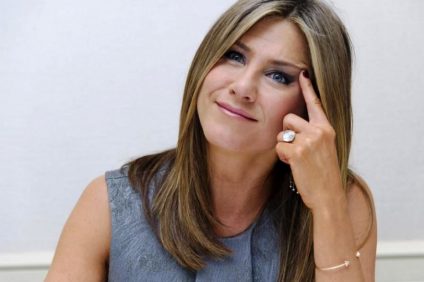