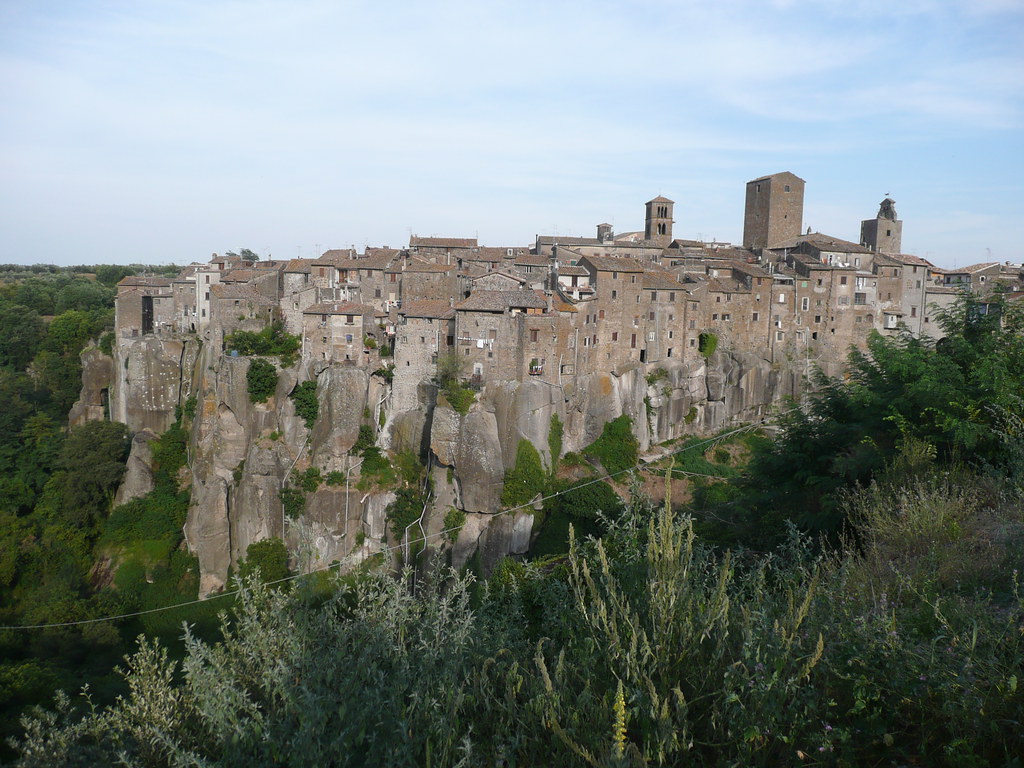 Vitorchiano, a village frozen in time in Lazio

Vitorchiano is a small and ancient village near Viterbo. It is characteristic for its alleys, arches and many suggestive squares. It is located near the Cimini Mountains and is known for activities related to the extraction and processing of peperino stone, a gray sedimentary rock similar to tuff. Its landscape is rich in woods with many streams still largely unspoiled. It has remained a perfect environment to host several species of wild animals.

The origins of this medieval village

The village was originally inhabited by the Etruscans and later by the Romans. In ancient times the city had been conquered by Viterbo but the citizens asked Rome for help and decided to submit to the big city. The affection for Rome made sure that the village was nicknamed “loyal” managing to gain some privileges.

Vitorchiano is very faithful to ancient traditions and to the city of Rome as for local customs. Trappist nuns guard the graphic secrets of the holy cards that they still make today, in addition to the processing of peperino which is the main economic source of the country.

The walls that surround the city of Vitorchiano are on the south side of the town. They were built around 1200, are 250 meters long and sometimes interrupted by towers with a square base. In the central tower the Roman gate stands, the only entrance in the center of the medieval village. As mentioned before, the area is famous for the processing of the peperino stone from which all the walls are built. Another curiosity is that they are edged with forked blackbirds. In the village of Vitorchiano there are many profferli, that is, external stairs that lead to a balcony from which you can access the houses; in many cases the balcony is replaced with a large arch.

You enter the historical center of Vitorchiano through the Roman gate and you immediately arrive in the first large square: Piazzale Umberto I. This is the only real access point to the oldest village; it is also the meeting between the new and the old Vitorchiano. The square is full of monuments. The bell tower of the Trinity Church, also called Sant’Amanzio and the old church of San Giovanni Battista. This one dates back to the sixteenth century, and today it is used as a center for cultural initiatives.

You can also visit the Church of Santa Maria Assunta, the Casa del Podestà, the Palazzo Comunale and the Casa del Rabbino, symbol of the Jewish community here since 1500. Moving away from the inhabited center you can find the Monastery of Santa Maria delle Grazie.

What to visit outside the historic center

In the surroundings of Vitorchiano, towards Bassano in Teverina, you can visit Lake Vadimone, famous for being the battlefield in which the Romans definitively defeated the Etruscans in the fourth century BC. and for its peculiarity to disappear in some periods and to suddenly reappear in others.

Vitorchiano houses the Sacro Bosco or Park of the Monsters of Bomanzo where you can also see the huge statue of Moai. It is a six-meter-high reproduction of monoliths with human features that are preserved on Easter Island in Polynesia.

Vitorchiano and its traditions

Vitorchiano respects ancient traditions, let’s see some of them. The patron is San Michele Arcangelo. It is celebrated on May 8 with an excursion around the town to the Sanctuary. On the first weekend of August the Sagra del Cavatello takes place where the local cooks make this delicious handmade pasta seasoned with tomato sauce and wild fennel. A village rich in history and tradition that deserves to be discovered.