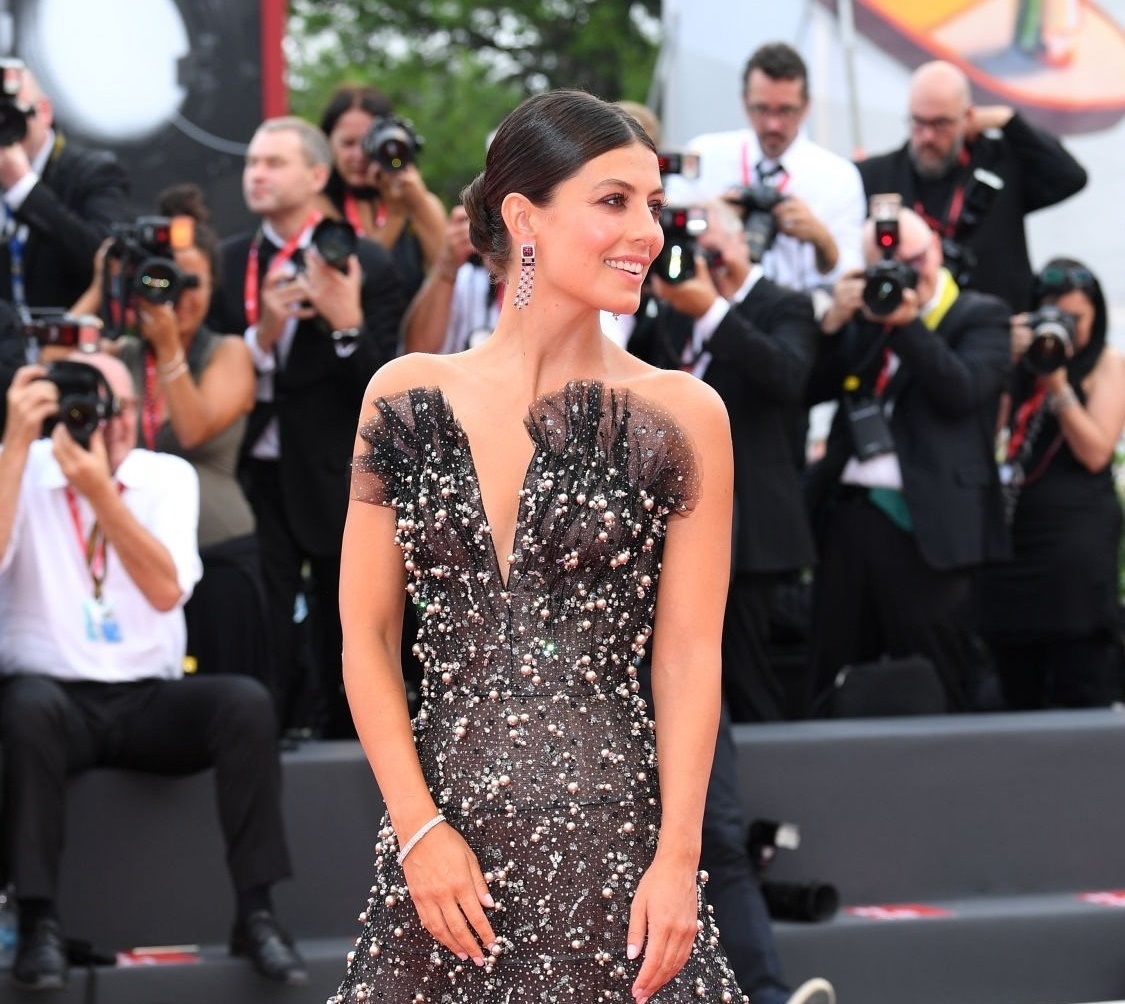 Alessandra Mastronardi, godmother of the 2019 Venice Film Festival, is one of the most representative female figures in recent years in the world of films. Beautiful, clean face, fresh, spontaneous and needless to say, she has an absolutely cinematic face. From august 28 to September 7, the eyes of the world will be on Venice!

Alessandra Mastronardi remained the girl next door, very reminiscent of Marisa Allasio, of “Poor but beautiful”, and this is her winning card. This year she is honored to arrive at Venice, going down to the Excelsior Hotel where she will stay, but quietly in style.

It is a tradition, in fact, that the godmother always arrives the day before the beginning of the Venice Film Festival, and Mastronardi has come dressed in her disarming smile. Radiant for the honor received, in a total look by Armani, but to wear it would be enough that “cinema” smile.

In this regard, the “face of Venice” has always been “woman”, in fact, for years the baton has been passed to talented and prominent actresses.
However in Venice female beauty is the “mantra”, in fact Monica Bellucci has just arrived in total black, ethereal, haughty, with that mystery intertwined with enveloping charm, whenever it reaches the beach.

From Alessandra Mastronardi to Scarlett Johansson

The presence of Scarlett Johanssonn, sexy, porcelain skin, wrapped in a breathtaking red dress was also a great effect. The American actress descends to Venice with a film about the end of a wedding, shot while she was parting, a fantastic test, “Marriage story”.

And yet, even bigger was the impact on the first red carpet of the 2019 Venice Film Festival, when Giusy Versace arrived; Paralympic athlete and TV personality of great emotional impact. Beautiful and smiling, in a short one-shoulder dress by Oscar Scirè worn on exposed prostheses and with stiletto heels; whose photo has been around the social networks.

Great charm and glamorous moments also with Toni Servillo, protagonist of “5 is the perfect number”; presented in the Venice Days section at the Venice Film Festival.

In a seventies Naples, dark and watery, Peppino Lo Cicero, a ruthless retired killer, played by the versatile Toni Servillo, takes up the gun again. Among the suffocating streets that stretch out on the walls, Lo Cicero wants to avenge the death of his slain son, but let’s not spoil it further!

Out of competition, Gabriele Salvatores and Francesca Archibugi arouse curiosity. The film by the Neapolitan director is entitled “All my crazy love”, inspired by the novel “If I embrace you don’t be afraid” by Fulvio Ervas. The performers are Claudio Santamaria, Valeria Golino, Giulio Pranno and Diego Abatantuono. “Vivere” is instead the film presented in Venice by Francesca Archibugi.

The drama of a Capitoline petit bourgeois family, written with Francesco Piccolo and Paolo Virzì. In the cast the talented Micaela Ramazzotti, Adriano Giannini and also Enrico Montesano. There are still no statuettes, but being there already knows about victory!

Stir without a shot for Roman Polanski’s latest film, “J’accuse. The officer and the spy ”, in competition, and not just any film. There is no film by the director of “Cul de sac”, “Please do not bite me on the neck”, “Rosemary’s baby”, “Frantic”, or “Moon of Fiele”. But this is not a film any more. Because the decision to tell the Dreyfus case was important.

Critics and long faces come with Polanski, due to the judicial vicissitudes in U.S.A., but every trial must end sooner or later and every punishment must sooner or later be discounted. But also a lot of lightness then at the “Campari Lounge”, where the awards ceremony for young short film directors will take place; and the beautiful Alessandro Borghi will be present. The event in question is organized by Campari Lab, the educational laboratory created by the brand with the Centro Sperimentale del Cinema.