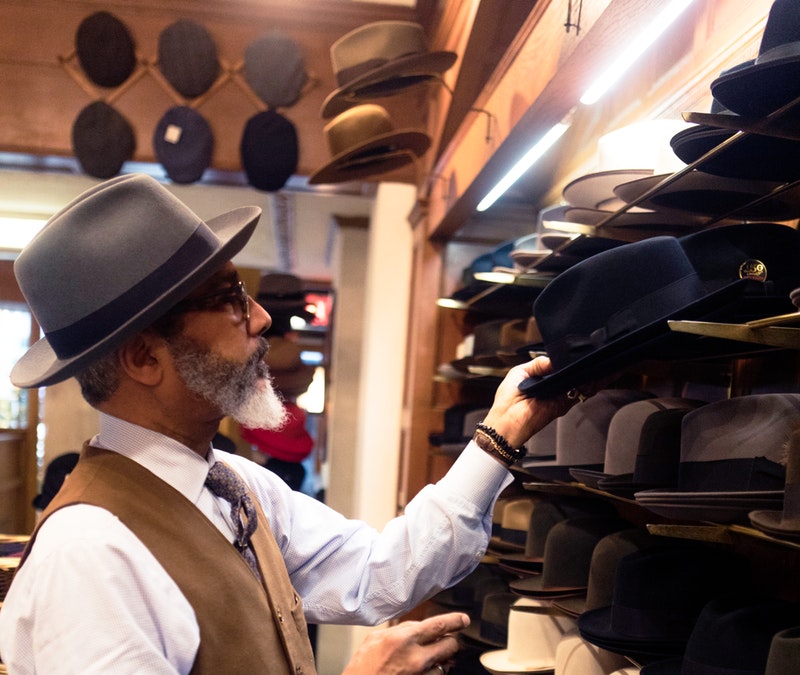 Borsalino, when a hat becomes a legend

The story of a great brand, a 17-year-old boy, Giuseppe Borsalino emigrated in 1850 from Piedmont to France. He has already worked as a hat-maker apprentice, but he needs a professional qualification certificate to start his own workshop. But he doesn’t waste a single day. He will work hard and return to Italy seven years later. His hats will become the hat par excellence.

The unstoppable rise in the 1900s

On the eve of World War I, the Alexandria factory produced and exported nearly 2,000,000 hats in the world a year. For Giuseppe Borsalino the turning point came with an English experience. In 1897 he had traveled to Britain, and had acquired machinery and skills by expanding his factory, which now employed 2,500 people. During his trip to the United Kingdom, the master hatter visits the Battersby hat factory in London and the legend says that “without being seen he dips his handkerchief in the tar-tinting tub, thus bringing the English secret to the manufacture of perfect bowler hat in Italy “.

If there was a master & commander of Made in Italy, this is Giuseppe Borsalino. The company wins the Grand Prix at the universal exposition in Paris in 1900. To be clear, the same one in which the invention of the Lumière brothers triumphed: the cinema. Incredible coincidence, given that years later, Hollywood star system will pay the copyright to use the Italian brand in a movie, handing it over to history. There is no actor, artist, intellectual, business man who has not worn a creation of his own.

Borsalino’s hats at the cinema

A hat gives that nice touch. An aura of charm envelops the face. Can you imagine Humprey Bogart in Casablanca, Greta Garbo in Ninotchka, Harrison Ford in Indiana Jones, without that fateful hat? Or John Belushi, Audrey Hepurn, Charlie Chaplin. They are just some of the actors who, wearing a Borsalino, have given the character an indelible temper.

The right hat for every face

The morphology of the face has a lot to do with the harmony of proportions. A hat, as an accessory, can do a lot to minimize defects and enhance qualities. If you have always excluded the idea of wearing such an important element, because “it doesn’t suit you”, you are wrong. Each face has a geometric shape and like glasses, it is just a matter of identifying the right one. If you have a round face you will be fine with a beret hat slipped on your best side. A long face instead, is enhanced by a wide-brimmed pattern (if you are tall) otherwise you could opt for a short-brimmed hat, or the typical Borsalino that Johnny Depp always wears. He loves it.

Remained the shadow in the 90s / 2000s, the hat is back. Never abandoned by the English royals, who wear it on every good occasion (Queen Elizabeth II owns over 5000) the Italian brand returns to know a new relaunch. Economic difficulties and mismanagement, had brought the historic company of Alexandria to a step from closure. Today the multinational is owned by the Italian-Swiss entrepreneur Philippe Camperio, president of Haeres Equita. Philippe Camperio had already bought the brand in 2017 for eighteen million euros. By saving and investing resources, it has brought a new wave of design and pushing the brand to expand, in addition to Europe in other countries such as Asia and the United States.

Borsalino, stylish as never before

Today Borsalino boasts 10 flagship stores owned in Italy and one in Paris, as well as being present in the most elegant boutiques and the best department stores in the world, starting with Bergdorf & Goodman, Barney’s, Saks Fifth Avenue, Neiman Marcus, Harrod’s, Selfridges , Galeries Lafayette, Printemps, Bon Marché, Isetan, Imaru. It continues to excite and dress both ordinary people (but you are never common if you wear a Borsalino) and famous people. Among the many we mention Johnny Depp, Leonardo di Caprio, Denzel Washinton, Kate Moss, Naomi Campbell, John Malkovich, Nicole Kidman, who choose the Borsalino creations.