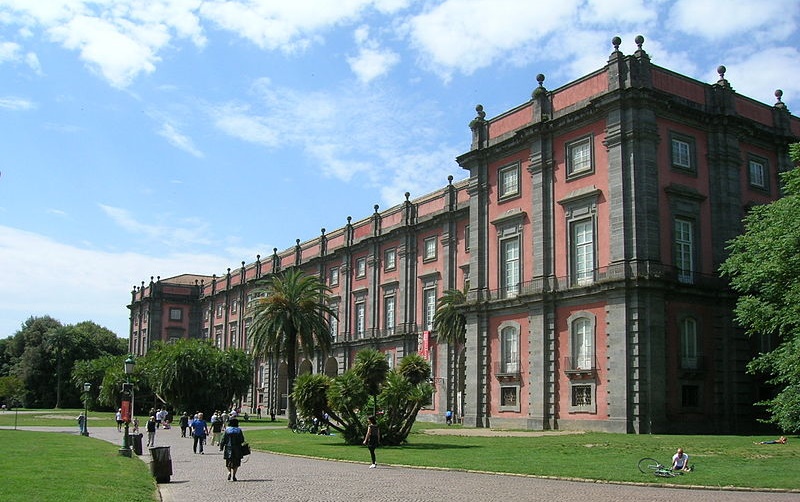 Pizza has been romantically linked for about a century and a half to Queen Margherita, who has always kept what we would call a low profile, but perhaps we owe her the name of the tricolor pizza.

So many times we have heard the name of the Savoy queen united with the invention of the “pizza margherita“, even if the pizza with mozzarella and basil already existed; however, the queen of the Savoy family played a decisive role in this delicious delicacy.

Pizza, in the form of focaccia, has existed for millennia, but at some point in history, something has changed forever. The story, mixed with legend, tells that in 1889, the queen of Italy, during a journey to learn about her kingdom; she found herself near the palace of Capodimonte.

Having heard of this famous “pizza” that was not yet widespread beyond the Neapolitan borders; both the queen and her ladies of the company wanted to taste it. Someone was slightly embarrassed, since it was a street food, the modern “street food”, relegated to the most humble social classes. At the time there was the custom of fried pizza and sold directly on street stalls and eaten at the time, as a quick meal.

Many “marked” the purchase and then returned to pay conveniently. Yet the queen and her entourage insisted on trying this famous “pizza”.

Raffaele Esposito and his pizza margherita

For the occasion, the pizza maker Raffaele Esposito from the Brandi pizzeria was summoned, which we can define as the inventor of modern pizza, as it has come to us. Even today there is the famous Pizzeria Brandi, founded in 1780. At that time, with the term pizza, throughout Italy it was called a sort of sweet cake, and it still is.

While in Naples with this term was defined the dough with flour, water, salt and tomato that we know well. However, Esposito was summoned from the royal house to Capodimonte, where the king of Italy Umberto I and his wife Margherita were staying, anxious for the novelty. The pizza maker, I would say the most famous in history, proposed three types of specialties to the kings of Italy. The queen, after tasting, expressed her preference for the “tricolor“, which appeared with mozzarella, basil and tomato, according to her the best! Perhaps the queen of Italy was struck by the colors of the Italian flag or by mozzarella.

To pay homage to Queen Margherita of Savoy, Esposito decided to give his own name to the pizza created for the occasion. It seems that the tasting had some success, between paradisiacal scents and steaming mozzarella, which at the time in northern Italy was not very well known. To confirm the appreciation of the novelty, there is a letter that followed that famous day.

We are talking about a letter of 1889 by Camillo Galli, head of the services of the table of the royal house. In this letter, written to Raffaele Esposito, the queen was pleasantly struck by the pizza dedicated to her, with many words of satisfaction and appreciation. “I confirm that the three qualities of pizzas you made for Her Majesty the Queen were found to be very good”. Since then, as a good entrepreneur, as well as excellent pizza maker, Esposito continued to call the tricolor pizza “Margherita” in honor of the queen. A choice that turned out to be extraordinary, considering the worldwide success!