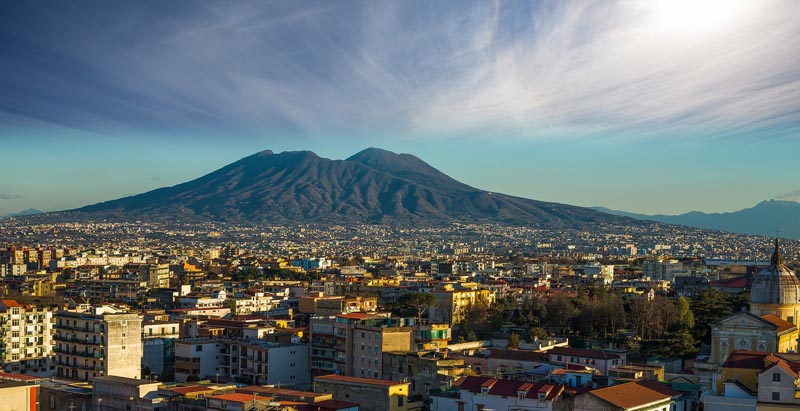 Naples and the ancient myth of the mermaid Partenope

Partenope is, according to legends, the founder of the city of Naples. Undoubtedly, it has marked its characteristic traits: love, beauty and hospitality. However, there are three different legends about Partenope that made Naples the city we know today.

The disappointment of Partenope: the story of the Odyssey

Homer – or the character to whom the Odyssey can be attributed – told the story of Ulysses, describing him as a curious and stubborn man. His shrewdness allowed him and his crew not to fall into the trap of the mermaids song, following the advice of Circe. During the journey, in fact, the crew closed their ears and he had himself tied to the mast, eager to listen to that sweet and charming song. Among the mermaids, there was the candid and sweet Partenope who, along with the others, bitter about not being able to charm Ulysses, committed suicide. Her great ally, the sea, dragged her to Megaride, where some fishermen worshiped her as a goddess. From its features the Neapolitan landscape was delineated: the head is to the east, on the Capodimonte hill and the tail, instead, draws the outline of Posillipo.

The sea and the fire, Partenope and Vesuvius

According to a nineteenth-century myth, Partenope was a mermaid who resided in the Neapolitan gulf and one day met a centaur named Vesuvius. They fell madly in love but Zeus, jealous and possessive, turned the centaur into a volcano and so Partenope, torn apart by an irrepressible pain, could only see his beloved without being able to interact in any way. Destroyed by sadness, she committed suicide and, perhaps thanks to some heavenly gods, was transported to the coast of Megaride. The coast assumed her features and she became the first form of the Neapolitan city. Finally, she could rejoin Vesuvius, forever sanctioning a timeless pact of love.

According to the latest version, Partenope was a pretty and tender girl who lived in Greece. Her love was placed in the young Cimone but her father hampered her marriage, as the young woman was already promised to Eumaeus. The two, well aware that they could not be without each other, decided to leave in order not to return to their city. Their journey took them to a pleasant, healthy and peaceful place. The area, in fact, was full of lush vegetation, the clear sea and a clear sky. They decided to stay there forever, crowning their dream of love.

The two young men, who had settled in the Gulf of Naples, decided to also call their relatives and friends from Greece, spreading the voice of the land so full of opportunities. But not only: many people from other populations decided to join them, after learning about the existence of Naples. From its origins – albeit legendary – Naples became a reception center, where various populations mixed, always ready to add a place at the table. Even today it is one of the distinctive features of the Neapolitans. In fact, addo’ magnano duje ponno magnà pur tre, or, where two people eat, there is enough food to make them eat three.