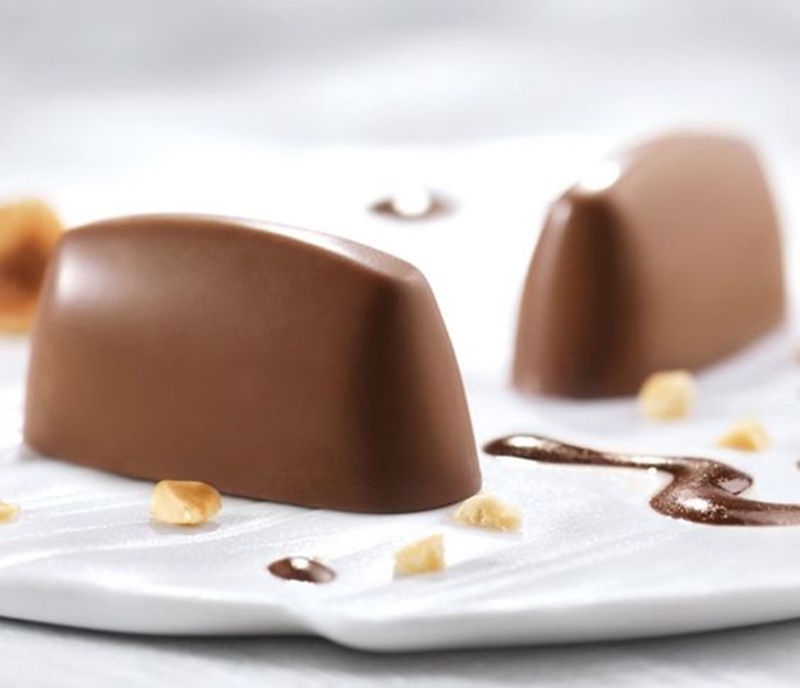 DID YOU KNOW?, EXCELLENCIES

The gianduiotto, the first chocolates of history individually wrapped, is Italian! This delight is unquestionably the king of chocolates and for the note it is mainly presented in golden paper and vaguely resembles an ingot.

The gianduiotto represents the confectionery industry more than any other product, and on its own it is a “tradition”! Some see in its form an upturned small boat, a parallelepiped, but that unique and particular dimension derives from craftsmanship.

It seems that in the pastry workshops, to give shape to the Turin chocolate par excellence, a “spoonful” was given to the pasta being processed. That mastery gave life to the typical Piedmontese chocolate. The first name attributed by the Piedmontese to the new chocolate was “givù”, meaning “bocconcino”. Known today throughout the world, the gianduiotto was officially born in 1865; when the Piedmontese chocolatiers saw a marked decrease in the import of cocoa.

The price of this nectar from heaven literally went through the roof. However, the crisis meant the actual birth of the gianduiotto. The almost “alchemic” balance of the ingredients of this paradisiacal chocolate, derives from these very specific historical reasons, dating back to the Napoleonic era.

History of the gianduiotto

The blockade of cocoa imports changed everything. Michele Prochet, a famous artisan of chocolate, decided to replace part of the cocoa with an extremely widespread and valuable local product to remedy the situation.

We are talking about the round and crunchy hazelnuts of the Langhe, with an intense and delicate taste; shortly thereafter, the chocolate was launched! It is said, in fact, that in 1866, during the traditional Carnival party, an actor dressed as Gianduja, the characteristic Piedmontese mask, had a greedy idea. The genius consisted in giving the cheering crowd poured through the streets of the city, the new confectionery goodness. This gesture of goliardic generosity was interpreted as a sort of baptism, which linked the mask to the chocolate.

And soon Gianduja called the new chocolates with his own name. Nevertheless, the gianduiotto or (in Piedmontese giandojòt) was the first individually wrapped chocolate, way back in 1865, a real novelty for those times.

Even today it is wrapped in gold or silver paper, which embellishes it and preserves its fragrance. Produced for the first time by the famous confectionery company from Turin, Caffarel, today also other confectionery companies market gianduiotti; such as Pernigotti, Novi, Venchi, among others, as well as all the small Turin chocolate shops, especially at Christmas. Therefore, that providential and wise balancing between dark chocolate, milk chocolate and hazelnut paste, immediately made the fortune of this exquisite chocolate. However, once the high quantity of hazelnuts present in the dough did not in fact allow the chocolate to be produced in forms. For a long time the gianduiotto was cut by hand, precisely to “spoon stroke”.

Once the gianduiotto was consumed only at Christmas time, but today it is easily found throughout the year. “Il lingottino” is always a delicious sweet to eat at any time of the day, even with a good coffee.

Today, however, the most used methods for its production are two: extrusion and conching. Extrusion is the method that involves pouring the mixture on plates without molds, with the help of specific machines designed ad hoc. This is a technique that allows to produce gianduiotti with neither too soft nor too compact consistency. The method of conching refers only to the printed gianduiotto, a more industrial production technique. Still today, many in Piedmont make these chocolates by hand, even at home. Different varieties of fillings available on the market: milk, dark, coffee, chilli, pistachio.