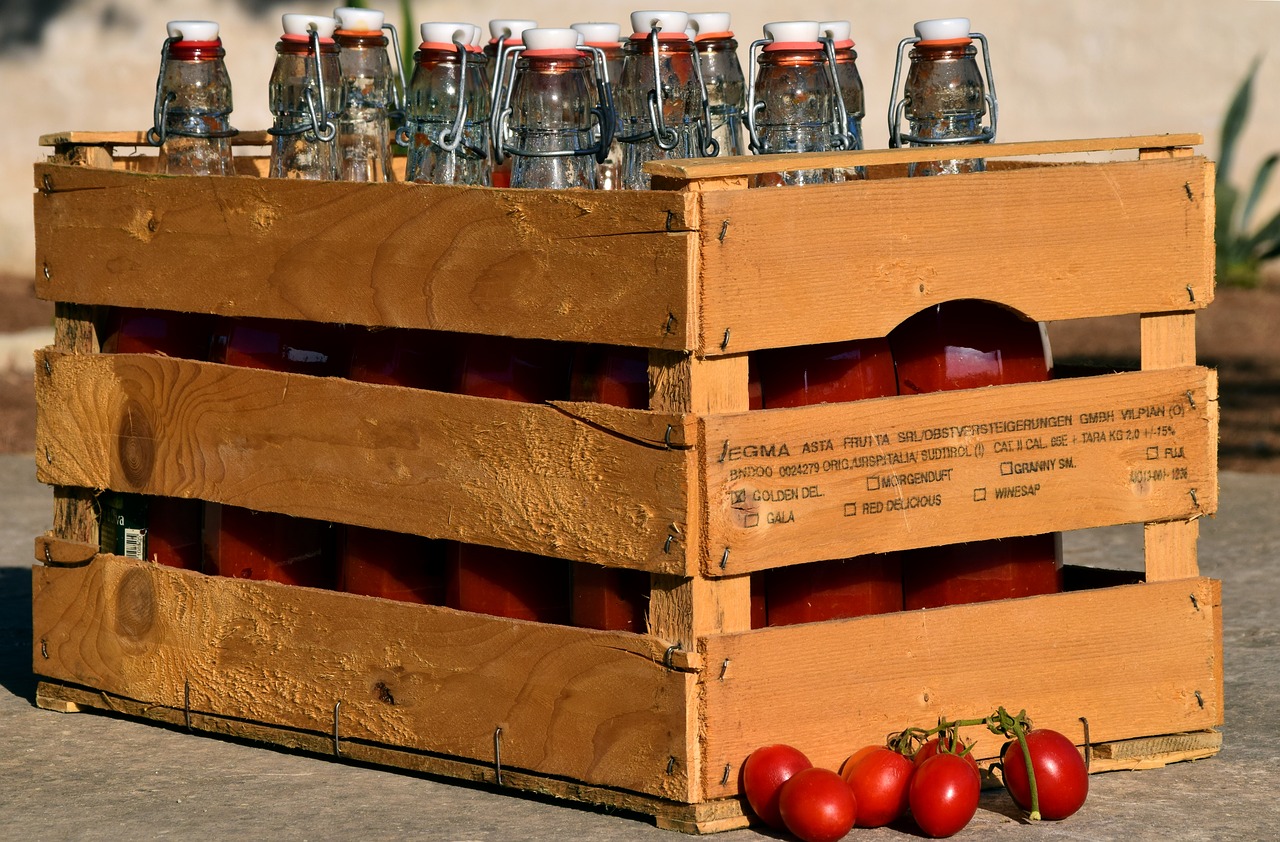 Tomato sauce is the basic element of Italian cuisine. In fact, there are few traditional dishes that do not have a red and pulpy background. Especially in the south.

So much so that “making the sauce” was an unmissable event on August days. It was stocked up for the whole year, spending the long and hot summer days in the company. The sauce brought young and old together. He united the families and gave each one a well-defined task. “Making the sauce” had the flavor of summer, sour, hot and salty. Furthermore, the tomatoes were generally of own production, therefore a sort of completely unconscious organic choice.

The sauce and those “sacred” bottles

We asked around and it emerged that, in general, among the best family memories there are those related to the sauce. The first step was finding bottles. The question was serious to say the least, because those of the milk were not suitable as they exploded more frequently during boiling. Having good quality bottles was a priority. The bottles were “sacred”! The drama of the bottles busted during boiling was in fact deeply felt. But we will focus on this point later.

The collection of the bottles therefore took place during the year, since it was not recommended to use those of the previous year. Once a number of bottles suitable for the liters of sauce that they intended to produce were collected, they proceeded to washing. Some even wash them with sand, probably to scrape off the stubborn dirt. After washing, the bottles were left to soak for a whole night. The next morning, all alerted early, we got to work.

Early morning in the salsa days

Often it was the shade of the grape pergolas to frame the morning work. We got up very early, it was still dark. The work was long, the scorching August sun. Making the sauce required the coolness of dawn. On the day of squeezing, everyone had their own task. It was necessary to wash the tomatoes well, discarding the rotten ones. This first aspect, being the most delicate, was taken care of by women. Mothers and grandmothers were in fact experts in the art of sauce. The tomatoes that passed the careful check ended up in the washing tanks, then they were cut and arranged with salt on wicker baskets.

The purpose was to dry superfluous water. Finally they immersed themselves in a large pot called quadara in dialect. The boiling lasted long enough to allow the change of scenery. The tubs disappeared and the machines for squeezing hot tomatoes appeared. At this point, in many cases, men appeared and took turns turning the crank. Before hot pressing, some families used cold pressing. The tomatoes were therefore boiled after pressing.

The role of children

Affermando che tutti avevano un ruolo nelle giornate dedicate alla salsa, By saying that everyone had a role in the days dedicated to salsa, we mean everyone. Even children. In some cases, their job was to transport the tomatoes to the pot before the women lit the fire for boiling. In other cases, however, they took over from their fathers or grandparents in the difficult task of turning the crank of the squeezer. Or they placed a basil leaf in hot jars filled by adults. In the 1930s, for example, tomatoes were sieved on devices, sieves, which allowed the extraction of a kind of cream.

Since children’s hands were more suitable for this type of work, they were recruited from all over the country with the tempting reward of a candy. The children sifted the tomatoes and the cream was stored in the so-called “salaturi”. It was a kind of concentrate that was then diluted in water.

The sauce, the cork and the busted bottles

The bottles busted. There was no way out! Once the tomatoes were squeezed and the sauce bottled, the bottles were inserted into the quadara, promptly washed. The women filled the pot with water, taking care to separate the bottles with rags stopped with stones. This limited the damage as it prevented movement during the water bath. Before the advent of crown caps, corks knotted with string were used. The knot was particular and not everyone knew how to do it. So much so that in the town there were always those two or three expert women who called each other from time to time for the binding phase.

But with both cork and crown caps, the bottles burst. And the fears of the evil eye thrown on all that summer fatigue materialized. The next day, in fact, the women gathered and the reckoning was not a joy for everyone: who counted five bottles burst, some ten, some none. The count was always an unknown and often the “explosions” also occurred when the bottles were cold, because perhaps air or water had entered the cork.