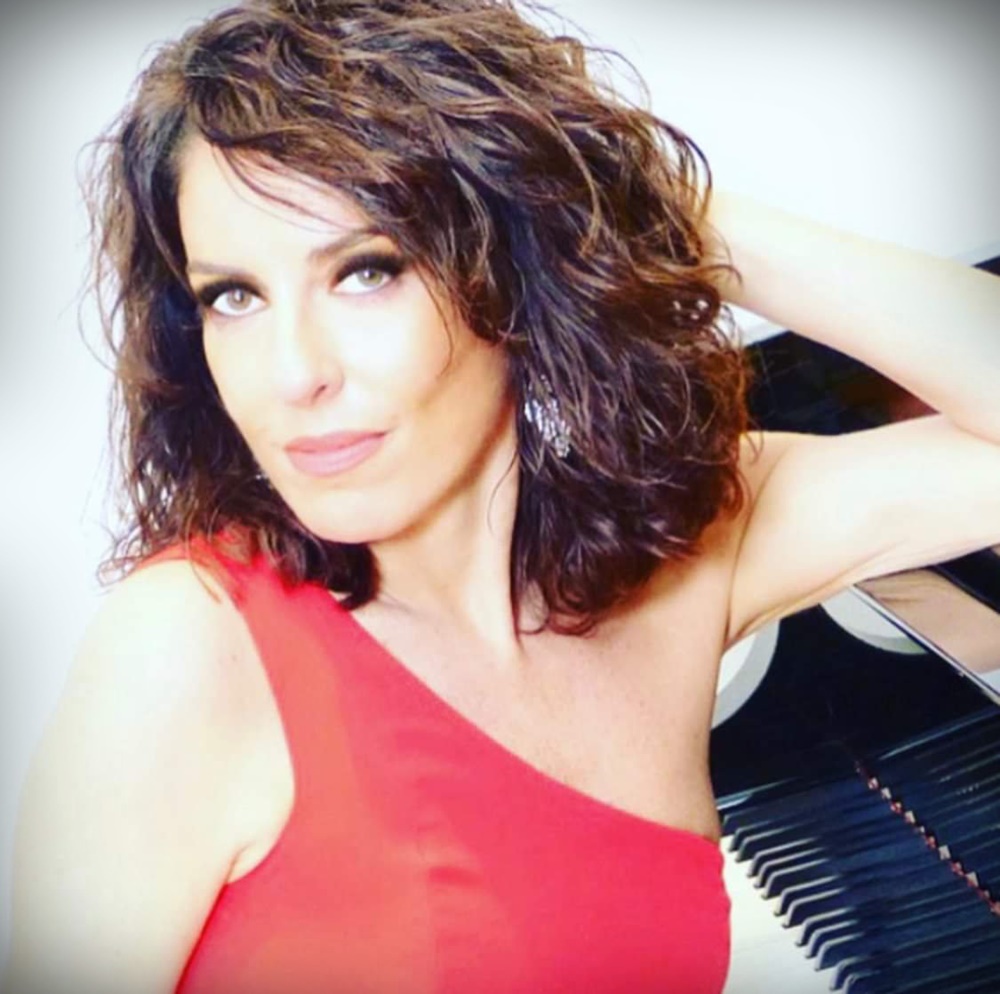 Cristiana Pegoraro, an Italian who travels the world making Italy and its musical culture known.

She graduated at the Conservatory of Terni at the age of sixteen, where she was honored with the highest marks and honors. She continued her studies with Jörg Demus in Vienna and Hans Leygraf at the Mozarteum in Salzburg and at the Hochschule der Künste in Berlin, unstoppable rise!

Cristiana Pegoraro naturally expresses a great interpretative technique, as the many international awards attest. In 1989 in Prague she won “The Best of the Year“, “for her talent, personality, the mastery of phrasing and expressive maturity”.

The New York Times called her “an artist of the highest caliber” in her 1996 Lincoln Center debut. From a very young age, Cristiana performed in the most important concert halls in Europe, USA, South America, East, Asia, Australia. She participated in the Edinburgh Festival, Klavierfestival Ruhr – Germany, Shabyt Festival of Astana – Kazakhstan, World Expo of Aichi – Japan and World Expo of Zaragoza – Spain. With her tours in the Gulf countries, she was the first Italian classical concert woman to perform in Bahrain, Yemen and Oman. Pegoraro is the first Italian woman in the world to perform the complete of the 32 Beethoven piano sonatas.

The Italian performer, for international criticism, is among the best performers of South American music, having performed in world premiere in Europe; works by South American composers such as Joaquin Nin and Ernesto Lecuona. She has transcribed for piano the most beautiful Tanghi d’Astor Piazzolla and composed a Fantasia on Cuban dances of Ernesto Lecuona.

Her discography counts 28 CDs, and she won the gold medal at the Global Music Awards in two categories: best album and best instrumental. Her latest work was recently released, “Gioacchino Rossini Overtures – Piano Transcriptions” with the premiere recording; of her unpublished transcriptions for piano of the most famous Rossini overtures.

The Italian Cultural Circle of the United Nations, gives it this award for its commitment to promote peace in the world “. In 2008, the Pegoraro, was the only European within the Spring Festival, to perform at N.Y. in front of ambassadors and diplomats from 192 countries. She is regularly invited by the Ministry of Foreign Affairs, and in the Cultural Institutes, representing Italy and promoting our music abroad. Cristiana Pegoraro is also testimonial of UNICEF, Amnesty International, World Food Program and Emergency.

She received the “Fabrizio Frizzi” award from the Gigi Ghirotti National Foundation Onlus as Ambassador of Italian Culture and Music in the world.

Many Awards for Cristiana Pegoraro

In 2016 Cristiana Pegoraro received the “Umbria in Rosa Award”, created for women working in the fields of knowledge. The “Women at high altitude” award also comes with the sponsorship of the Umbria Region and the Marisa Bellisario Foundation, dedicated to “women, who promote the image of Umbria and Italy. As part of his concert at Carnegie Hall in New York, she received the “Beyond the Breach” award. In 2018, again at Carnegie Hall, she received the FIDAPA international award, “Woman of excellence” from the Italian Federation of Women Arts Professions, for having established itself in the world as a witness of the best excellence in the artistic field. In 2019 she was awarded the prestigious “Bellisario Award”. The ceremony on RAI1 was preceded by a meeting at the Quirinale with President Mattarella.

Talent, charisma, passion and beauty: these are the distinctive traits of this artist who has conquered audiences all over the world for years as a symbol of Italian music and culture and who in the last season has played three times at Carnegie Hall in New York.