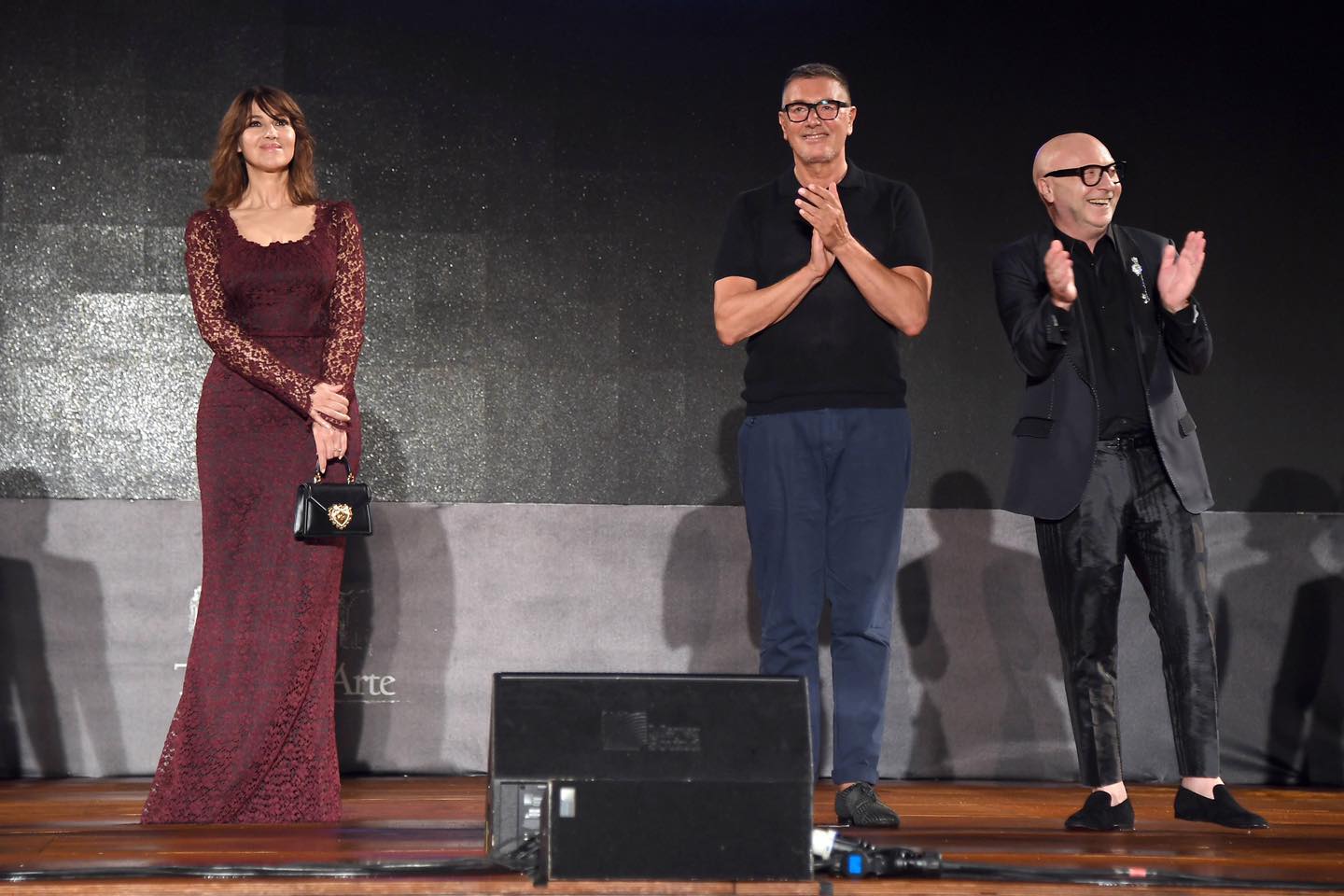 Do you remember the scenes of “Nuovo cinema Paradiso” when the films of that time were displayed in the town square? An image that has remained in the history of Italian cinema, a unique emotion that many Sicilians will experience in a special project involving the designers Dolce & Gabbana. We are talking about “Outdoor cinema” that is a special film will be desplayed in some squares of the Island: “Devotion” by Tornatore.

“Devotion”, the premiere of the film in Taormina

The film by Giuseppe Tornatore, produced by the two stylists, with the unreleased music by Ennio Morricone presented in world preview last week at the Taormina film fest, now in its sixty-sixth edition, with an exceptional godmother: Monica Bellucci. And it’s a tribute to Sicily and its beauty. It represents the devotion of Stefano Gabbana and Domenico Dolce, in fact, to a land that with its colors and flavors often inspires their haute couture collections. It’s no coincidence that the decision to entrust Tornatore with the direction of this feature film. There have been numerous collaborations between the stylists and the Sicilian director in the past. “Being here – said Stefano Gabbana – to present this documentary that Tornatore has made about us is a great emotion because we started from here 8 years ago making our first high fashion show”.

Devotion a film set in Sicily

The film was shot in Palermo and at the foot of the Monreale Cathedral. It’s a journey towards the rediscovery of tradition and craftsmanship. The protagonists are the designers working in the tailors, under the watchful eye of the camera.

The screening of the D&G film is part of an itinerant project promoted by Sicilian Region council. As pointed out by the governor Nello Musumeci, the two stylists chosen to promote Sicily with the diffusion of this film. Which not surprisingly tells of this land and its excellences. The movie will be screened, free of charge, in some Sicilian squares. In Piazza Duomo in Syracuse, on August, 1st. And again the staircase in via Scala in Caltagirone on August 5th. And Stenditoio square in Castellammare del Golfo on August 8; Castelnuovo/Ruggero Settimo square and Giuseppe Verdi square in Palermo on August 12th. The last one will be in the home town of Domenico Dolce, Piazza Trinità in Polizzi Generosa on August 16th.

The peculiarity of the film “Devotion” is the soundtrack made up by unreleased songs by Morricone, the Maestro who recently passed away. With which Tornatore was linked by deep friendship.

A union that also returns with the two stylists. They were responsible for the restoration in 2014 of “Nuovo cinema Paradiso” in collaboration with Luce Cinecittà and the Cineteca di Bologna. The traveling screen in Sicilian cities will also be an opportunity to promote Sicilian excellence. In fact, for the occasion in the chosen places there will be agro-food exhibitions and typical settings of Sicilian folklore. The typical magic that characterizes the most beautiful collections of the D&G brand.