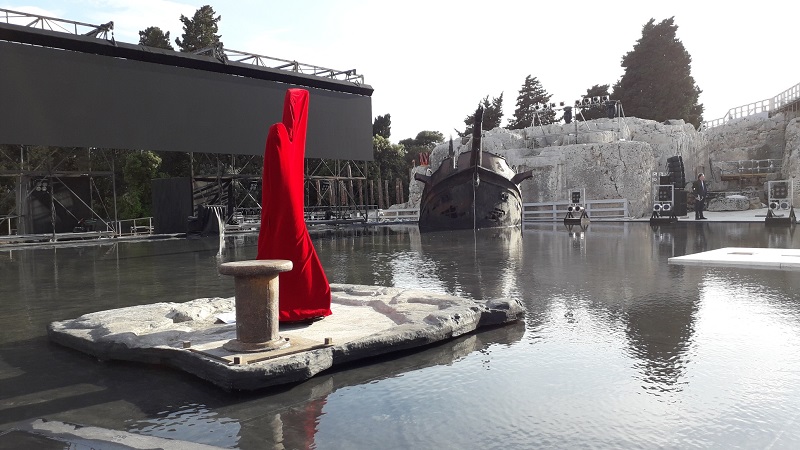 Inda, the Greek theater is told in Syracuse

Women, war, their ability to stand up to an adverse destiny. They are the protagonists of the tragedies on the bill in Syracuse for the fifty-fifth season of shows at the Greek Theater. The review is promoted by Inda, the national institution of ancient drama. The Institute has always been an excellence in the promotion of cultural events. That of classical representations is an appointment that those who love theater cannot miss.

“Women and war” for the Inda season

“Elena” and “Le Troiane” by Euripides are the two tragedies chosen this year. The debut was extraordinary like every year. From an initial assessment, about 4 thousand presences were counted, at first, and the data will surely be growing. Two tragedies that tell what happened with the Trojan war, and the consequences that foreign domination brought to women, victims of an adverse destiny. But two tragedies that are diametrically opposed. “Elena” is directed by Davide Livermore, towards an original reinterpretation, which often leads to opera, so dear to the director. “Le Troiane” instead signed by Muriel Mayette-Holtz reflects the tradition of classicism.

The uselessness of war through an absolutely original and at times ironic rereading of a Euripidean tragedy. “Elena” was the first show that opened the season of classic shows. “The great theatrical rite of Syracuse – often said the superintendent of the Inda Antonio Calbi – makes us well understand how theater is really the first social that man has invented to see what happens to him in reality, in relation to the others, with the divine, with the earth and above all within himself “. Director Davide Livermore proposed a re-reading of the original text. A “disturbing dialectic” between true and false, between reality and appearance. Laura Marinoni, Elena’s extraordinary performer, performed at the Greek theater for the fourth time.

The cast of the drama

A link with the opera

Many are the sounds that characterized the show: the water that surrounds it, with its play of tanks that invade the orchestra and the music of Andrea Chenna. The rest is done by the lights of Antonio Castro and the video design D-Wok.

The desolate land in the scenography of “Le Troiane”

“Le troiane” by Euripides are a blast from the past, into the tradition of classic shows. The theme of the drama is the ability of women to get up, to accept their destiny with courage and to move forward. A tragedy that speaks of rebirth, of reconstruction, like those tree trunks that stand out on the scene, signed by the architect Stefano Boeri. He chose the logs felled by the bad weather in Carnia, which will live again in the Sicilian wood supply chain where they will then be transferred. A wasteland described by Euripides with the signature of Boeri and the trees of Carnia, integrates with the context with which the famous Milanese architect is measured with humility.

The “Forest of le Troiane”

The scenic project designed by Boeri with Inda is completed with the ritual of planting a real Forest of le Troiane in Syracuse. Every evening about fifty spectators of the 20 replicas of Le Troiane will receive holm oak seedlings from the hands of the protagonists at the end of the performance. These trees will then be planted in an area of Syracuse behind the court to give life to the Forest of le Troiane. A project promoted in collaboration with the Regional Department of Agriculture.

The hope of women in the message of the Inda

Both Elena and Ecuba, like all the women protagonists of these two dramas of the Inda season, embody the hope of beings who not only do not give up, but who decide to move forward. All wars are in a sense identical. They destroy everything, winners and losers. And in the destruction of the war Le Troiane are the only ones left standing. And women will still be the protagonists from June 28 of the comedy that will be staged at the end of the two tragedies on the bill in Syracuse. Tullio Solenghi will direct “Lisistrata” by Aristofane, with Elisabetta Pozzi and Massimo Lopez. There will be laughter, but also to reflect once again on the role of women in a great war.