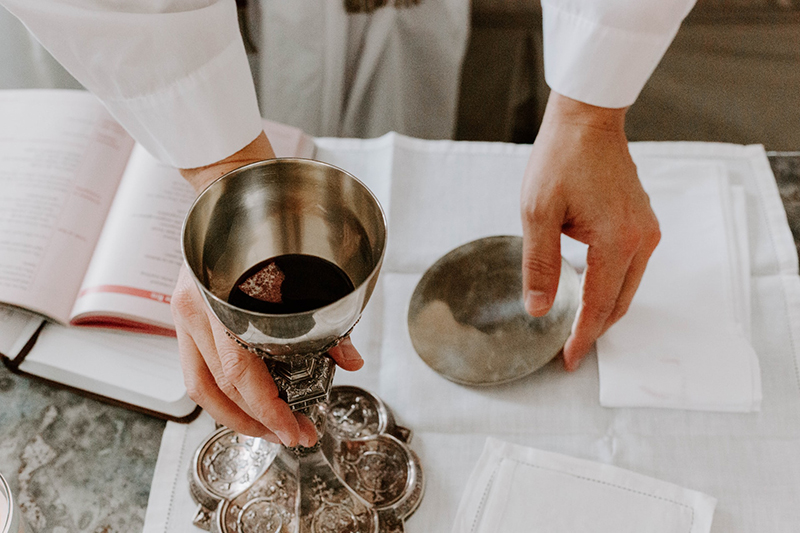 Italy goes back to church

Phase 2 also to reopen churches and attend masses? It seems so, since May 18th. At least according to recent agreements between the Church, in its maximum representation of the Italian bishops, the CEI, and the government. But is it really so? Or in an Italy where each region seems to have full autonomy, are there several leaps forward between decrees and ordinances? In recent days, in fact, the Italian Bishops’ Conference has welcomed dialogue on this issue with the Council of Ministers. In a few days the churches will be reopened to the faithful and it will be possible to attend mass. But there are areas of Italy where they go over. And that’s what is happening in Sardinia. We’re going to tell you about the different positions that are taking place in our peninsula.

Mass: believers are waiting with trepidation

In recent months, every city has tried to organize itself. Numerous parishes that have measured themselves against modernity. Lots of videos posted on social networks with priests, some even elderly, who celebrated mass on the web. From Lent to Easter rites, not only followed on TV, but also on social media. This is because Italy is still a country of Catholics, believers and practising believers.

Many, with the lockdown imposed also on the churches, felt “robbed” of something that belonged to them. So many protests. Then who knows if they are true or only pretexts for complaining, since in normal times, churches are not so full of faithful. The fact is that in a trial period like the one we are experiencing, prayer is the only way, for many, to find hope. Above all missing the celebration of the funeral. Too many dead without the last farewell of family and acquaintances. And perhaps this is the saddest side of this whole situation.

Phase 2 and mass returns to church

So even between church and government there was the first clash. After the measures of the last decree announced by the Prime Minister, many protested. And despite the Pope’s invitation to obey, some have even started a poisonous confrontation with the institutions – which would seem to have actually produced some results. “I express the satisfaction of myself, of the bishops and, more generally, of the ecclesial community – says the president of the Italian Bishops’ Conference, Cardinal Gualtiero Bassetti – for having come to share the lines of an agreement”.

A sort of rough protocol agreed with the government. Where the modalities of the funeral celebrations are first defined. “The Church – notes Bassetti – shares, certainly suffering, the limitations imposed to protect the health of all, without any desire to seek tears or shortcuts, nor to support anyone’s flight forward. I reiterate the importance to still be extremely vigilant, as we have repeated in recent months, we welcome health measures in the horizon of respect for everyone’s health, as well as the indications of the time needed to better protect it.”

What is going on in Sardinia

Therefore, an invitation to obedience and waiting. But in the meantime, Sardinia has gone further. The president of the Region Christian Solinas gave a positive opinion on the opening of the churches. Solinas differentiates between “ceremony” and “religious function”. The first remains prohibited because gatherings could occur. The second, not having been explicitly prohibited by the government, would be possible. Obviously respecting the safety provisions to prevent contagion. “In harmony with the Dpcm – stressed Solinas – we have suspended civil and religious ceremonies with the exception of funeral ceremonies with the exclusive participation of relatives. Taking note, however, that at the central level the government has prohibited ceremonies but not religious functions, we authorize the performance of ordinary Eucharistic functions in the regional territory”.

Therefore ordinary masses with the obligation of social distancing between the faithful, prohibitions of assembly and direct contact, obligation of masks. But the first to dislike this ordinance were the Sardinian bishops. They would have preferred an involvement: to be consulted first on decisions that “belong – they say – to ecclesiastical authority only”.

We will see. Meanwhile, with the reopening of the cemeteries, many administrations have equipped themselves: funeral yes, but outdoors, with the presence of no more than fifteen people. This happens for example in Sicily. In the rest of the Italian dioceses we are looking for the transmission and implementation of what has been written today by the CEI and the Government. In short, bureaucracy that perhaps, after all, is the true Italian religion.