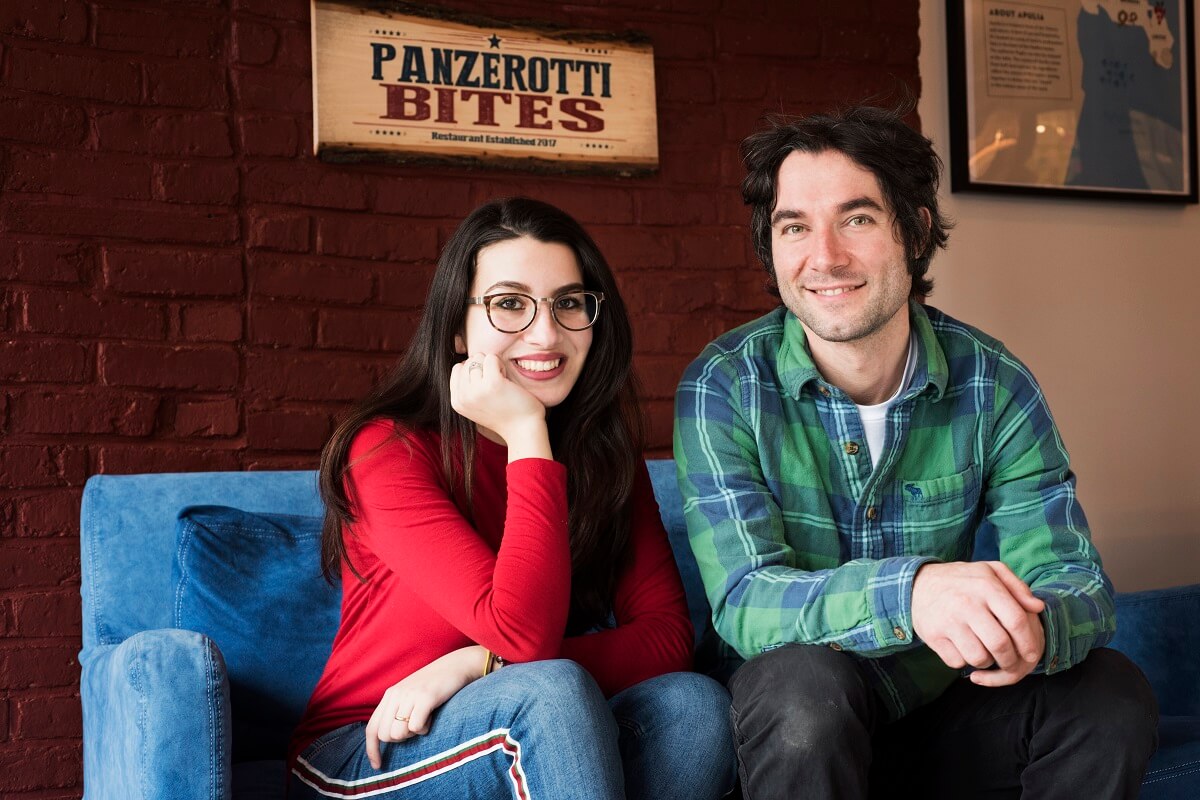 Panzerotti bites. A bet, a challenge and a victory. Vittoria (27 years of Bitonto) and Pasquale (36 years of Ruvo di Puglia), a couple both in life and at work, are conquering New York with panzerotti hits! The two boys left Puglia to realize their dream and open an entrepreneurial reality in America. Let’s find out their story and the secret of their success together.

Panzerotti bites, the street foot that was missing

From Puglia to America. An idea born in 2015 with the desire, the awareness and the enthusiasm to export a culinary delight in a distant land. Panzerotti bites is the street food that was missing, the exaltation of the palate and a deserved conquered. A success, however, which came after some difficulties: “It was not easy to open our business and it was not even easy to make our friends and acquaintances understand our idea. Everyone complimented us with courage, but few believed that the panzerotto would be appreciated in the land of hot dogs and hamburgers. “

The two did not let themselves be discouraged, they went ahead and firmly believed in their project. Thanks to the help of some relatives residing in the States, an accompanying course and an entrepreneurial start-up, they managed to open their premises. Panzerotti bites is a concept. It is not just “food”. It is culture, Apulian tradition and roots. Their restaurant is a corner of Italy, the affirmation and the beauty of being Italian. In fact, outside the store, they wanted to celebrate their land with a mural. The symbols of the Apulian region become icons. From the trulli to the octopus, from figs to taralli passing through San Nicola, Castel del Monte and the cockerel, symbol of Bari football.

The menu is very rich! The panzerotti are declined in different variants. From the traditional one with tomato and mozzarella to the sweet one with Oreo. From the vegan version to the one with mushrooms and without forgetting those in a gourmet variant. The common denominator? The strictly genuine, fresh ingredients that come directly from Italy. Enjoy a panzerotto is art and the two young people from Puglia give precise indications and advice on how to eat the dish. For the first two minutes you need to smell the scent. Then … bite after bite, but without the help of the cutlery! Standing or sitting, but bent forward slightly to avoid staining and dirtying your clothes.

The bar, which has just been a year old, is located at 235 Smith Street in Brooklyn. It has twenty seats, a sofa, three tables and some armchairs. Americans, tourists and Italians living in America are enthusiastic. Jennifer Gould Keil, a New York Post journalist, for example, has dedicated a whole article to the Apulian specialty. Panzerotti Bites is an Italian story. A story that unites the adventurous Italians who have chosen to live abroad, but with their region in the heart. Dreams, doubts, passions, hazards, bets and … victories.