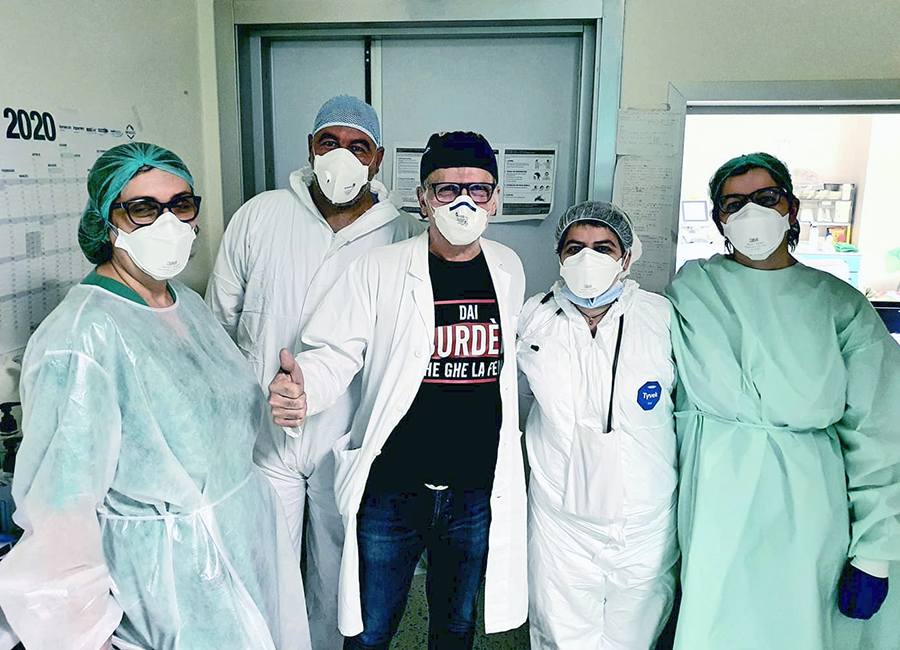 With prudence but also a good dose of optimism, we record that the number of new infections in one of the areas of Lombardy most affected by the Coronavirus emergency, the province of Crema, remains well below the alarm threshold. And the number of patients admitted to the Hospital Maggiore regularly drops. In light of these data, the director general of the territorial socio-health company Germano Pellegata has announced in these days the departure of the 52 Cuban doctors who came to the rescue of Italy on March 22 to manage the field hospital set up specifically for Covid-19 patients in Crema.

The support of the Cuban team has been crucial, during their stay the doctors have all distinguished themselves for their sense of humanity, for the kindness and professionalism with which they have proposed themselves to difficult patients, some very serious, and all equally lost before what it was an unknown evil. “We feel lucky because in addition to professionals we have met brothers. Their contribution has been fundamental”. It is the greeting that Stefania Bonaldi, mayor of Crema, reserved for the Brigade. In fact, Henry Reeve‘s work (that’s the name of the team) has ended some week ago. However, the doctors wanted to observe a self-quarantine guarantee before taking the plane and returning home.

Gratitude towards the 52 Cuban professionals came from all hospital staff but also, forcefully, from citizenship. “Two weeks ago we organized some events to greet them and we started a fundraiser to support a children’s hospital in Havana. And although their swab was negative, the doctors preferred to respect the quarantine period before leaving again. At dawn we got on their bus with the flag of Cuba in our hands and with shiny eyes to thank them once again, but we like to think that it was only a goodbye and not a farwell, because we will continue to do beautiful things together.” These are the words of the mayor, words moved and sincerely grateful.

The Crema field hospital, set up by the Italian Army Health Department in mid-March and dismantled in late May, was in the parking lot between the Maggiore hospital and the former court. It has been operational since March 24, a couple of days after the brigade’s landing in Malpensa. The costs incurred for the support of the Cubans and the 35 soldiers who managed the plants and logistics of the temporary structure were disclosed to the press: 1,300 euros per day for the Brigade and another 1,000 for soldiers and officers. In two months, around 130,000 euros. The human effort of all of them is very little considered, and above all the good that derives from it.

In managing the Coronavirus emergency, the field hospital was fundamental. So of course its staff. Its 32 beds plus another three for intensive care were all occupied within a few days of being set up. The temporary structure was transformed in just three months into a hospital that welcomed many Covid patients in a province that registered one positive patient for every 68 inhabitants, that is, over 2,000 infected and 900 official deaths. An impressive death tool, rarely recorded in other world urban centers. This is why the effort and humanity of doctors is priceless. Thanks to them, therefore, infinitely. And thank you Cuba, of course.