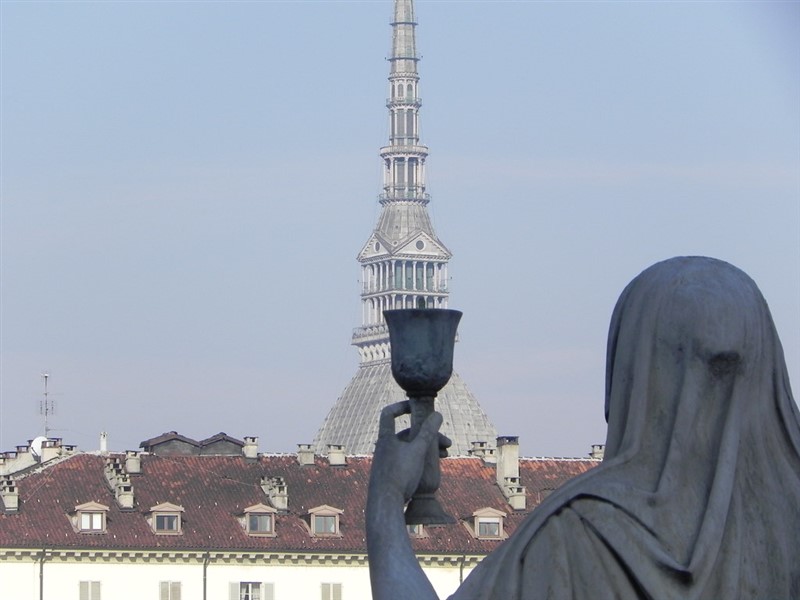 The Forces of Good against Evil: the darkest mysteries of Turin!

Have you ever heard of an “esoteric Turin“? The Savoy capital is a city full of charm and art, but right there, among those palaces, Baroque masterpieces, an aura of mystery thickens. The esoteric Turin is set between two enchanted triangles. On the one hand the dark side of black magic, and on the other the white side of white magic. Drawing lines on the globe, the city of the Mole is like the vertex of a dark triangle composed also of London and San Francisco, but at the same time it is also part of that benevolent triangle formed by Prague and Lyon.

The forces of good and evil seem to have clashed for centuries in the mysterious places of esoteric Turin. Among these places the most interesting is represented by the so-called “alchemical caves“. According to esoteric experts, the caves are nothing more than a dimensional portal, able to allow courageous adventurers to cross border entry into new worlds. If there is a parallel world beyond each door, or access to the beyond, we cannot know it. All that remains is to find out.

Where the alchemical caves are?

The esoteric Turin develops far from the eyes of ordinary people, mostly in the tunnels that cross the city center. More than twenty years ago, a famous book came out entitled “underground Turin“, which, also through a scientific approach, tried to show the presence of underground tunnels, and also, what their use had been over the centuries.
The publication has further magnified the mystery around the esoteric Turin, and in fact, according to legend, the alchemical caves would be found right along three different tunnels present in the area of the historic center.

The first gallery should be located in the basement of the Royal Palace, according to the esotericists “the white magic heart“, and connected to Statuto Square, especially to the Monument of the Fallen of Frejus, symbol instead of the “black magic heart“. Most likely the tunnel was designed by the Savoy family who used it to meet secretly with their lovers.
The second gallery, instead, should be located below Castle Square, and connected with Garibaldi street. Some think it can be pushed up to the Church of the Great Madre, on the other side of the Po river. Finally, the last one is completely shrouded in mystery. It is not known where it is located, but it would preserve an inestimable good: the philosopher’s stone. Its extraordinary properties would make it possible to create an elixir of long life, an absolute knowledge of the past and the future, and transform metals into gold.

Why do we talk about an esoteric Turin?

The story of the esoteric Turin vanishes between legend and reality. The chronicles tell of stays in the Savoy capital of the greatest alchemists of history, including the famous Cagliostro and Nostradamus. Among these also the magician Apolonnio of Tyana, less known, but who according to most, would have hidden the philosopher’s stone right in the third alchemical cave.

The tunnels effectively represent a reality for Turin. There are numerous buildings that were used during the siege of the city in 1706, and within which the heroic deeds of Pietro Micca took place. The appointment of an esoteric city also has political implications. Between 1850 and 1870, the Savoys who aimed to conquer the State of the Church, in order for the unitary process of the Italian Kingdom to materialize, guaranteed freedom of worship in their territories, tolerating also markedly esoteric confessions. The detractors of the future Italian sovereigns, therefore hastened to rename Turin “city of the Devil”.