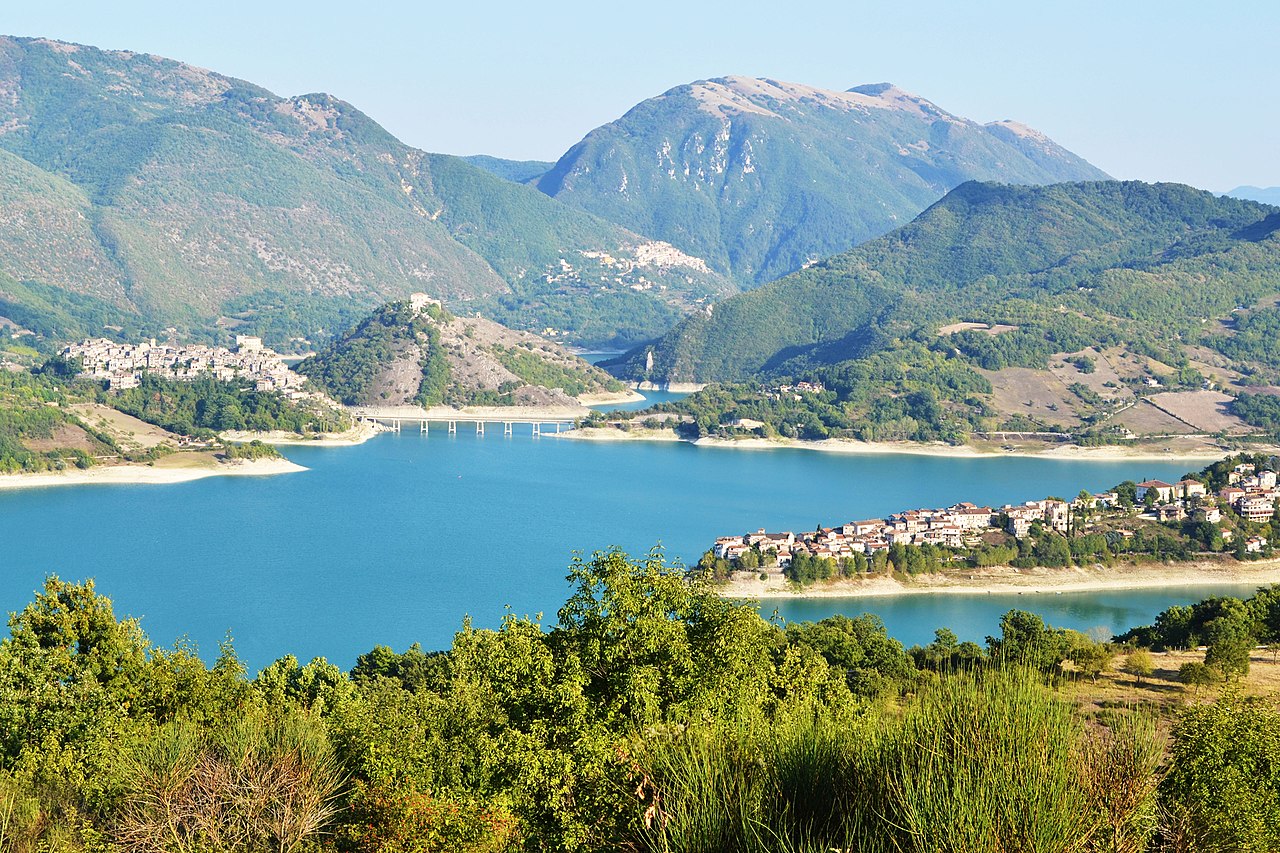 As in a maternal embrace full of love. A long road made of numerous hairpin bends is a prelude to a small village. Meanwhile, during the journey, imposing peaks appear here and there. They draw the surrounding scenery ensuring protection to the precious location we are about to reach. Then you can see the lake which gently caresses an uncontaminated territory. We are in Lazio, in the Turano Valley. Here, Colle di Tora is hosted, 600 meters above sea level.

Colle di Tora between man and the environment

It is located on a promontory, the son of a lake born from a dam. The suggestive location of Colle di Tora, from which you can admire splendid views, is the result of human intervention. Turano lake is, in all its particular beauty, artificial. Created in 1939 by the barrier of the homonymous river with a dual purpose. That is, to reduce the flooding of the Rieti plain and encourage the production of hydroelectric energy. In addition to a utility purpose, the work also led to a pleasant aesthetic result. Inlets that intersperse the trend of the banks from which paths wind that lead to the elevated mountain villages.

The peaks of the Cicolano Mountains complete the suggestive picture. Here there are several small villages nestled. Thanks to their hidden location, escape the tourist waves. It is no coincidence that Colle di Tora, together with other mountain centers, appears intact and unspoiled. Arriving there is perhaps the characteristic that is immediately appreciated. A quiet and silent place, sometimes barren but full of past anecdotes. Those of a distant history, however, still capable of making its voice heard today.

Turano Valley is part of a hidden Lazio, which we do not expect and that probably few people know about. An itinerary that combines naturalistic aspects with cultural itineraries. Colle di Tora is a mix of both. Beautiful views of the lake and an overview of the nearby mountains. A landscape that is tinged with different colors as the season changes but that seems to wear its most interesting garment in summer when, in the evening, you can even meet fireflies.

Colle di Tora also has a historical guise that takes us far back in time. Called Collepiccolo until 1864, it has an ancient origin probably linked to the city of Sabina. It was built in pre-Roman times, and then underwent an important development in the medieval age. The traces that are still visible today are from this period. The town square is dominated by the Church of San Lorenzo. Its sober facade in Romanesque style invites towards the interior spaces. Here you can see a precious canvas depicting the Madonna del Rosario with Saints Lorenzo and Domenico. Then there is a culinary tradition, the one that makes Colle di Tora also a place to taste local dishes.

Dishes that become the protagonists of the village festivals. As the day entirely dedicated to the preparation of a special focaccia that takes place here during spring. The “pizzillu coll’erbe”. Made with a dough in wheat flour, cooked on the grill and presented on a bed of chicory. These are the known ingredients of a recipe that, in some respects, still remains secret! But the gastronomic offer also continues in the local trattorias with succulent local dishes. Papalina fettuccine, marjoram artichoke, panzerotti, tripe and much more. A rich but still uncontaminated land where you can carve out a corner of tranquility in admiring all the beauty it offers.