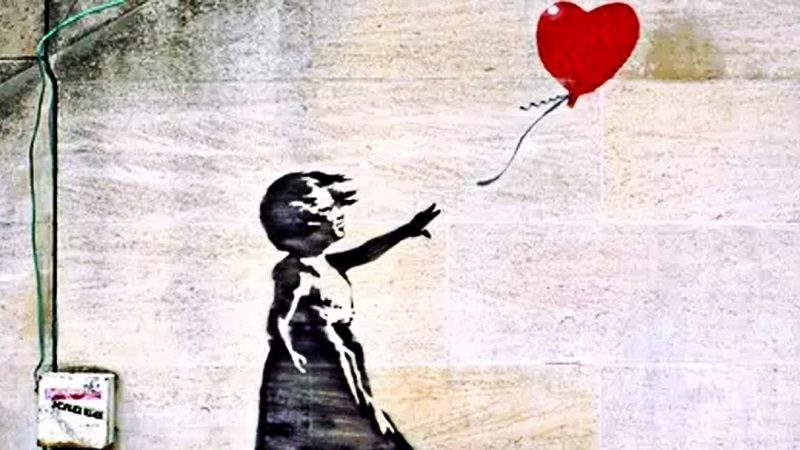 Cagliari hosts the works of the mysterious Banksy

Little is known about him. Or better, many know but nobody has seen him. Who are we talking about? About Banksy an artist who once again is the protagonist of an exhibition in Italy. He is considered by many to be one of the greatest contemporary representatives of pop art. But let’s see where we can admire his works.

Until October 27th the city of Cagliari will host the exhibition “From the street to the museum: Works of the artist known as Banksy”. The exhibition is curated by Gianluca Marziani and Stefano Antonelli, promoted by the Camù Consortium and the MetaMorfosi association, under the patronage of the Municipality, can be admired at the Municipal Center for Art and Culture “Il Ghetto” in Cagliari.

The myth of Banksy, who is this mysterious artist

But let’s talk about this artist again. As we all know no one’s ever seen Banksy. His face is unknown and there are no photos of him. He would be from Bristol. But even if you don’t know who he is, his works tell a lot about him. Artist of Street art, he is considered among the most popular since Andy Warhol. His works have an ethical, evocative and media power. The themes treated in his works range from politics, culture and ethics, with a satirical vein. There are many works that for a short time have appeared on the streets, walls and bridges of cities all over the world.

What the exhibition in Italy contains

In Cagliari, then, after Florence and Osimo, you can admire his works. Twenty images that contain all his poetic desecration. “The artist – reads a note – has always preferred horizontal diffusion over the creation of unique objects”. This is very reminiscent of Warhol. The time frame of this installation on Banksy is between 2002 and 2010, a fundamental period to understand and tell the work of this mysterious artist. They are screen prints made by his own printing house. They reproduce some of his famous road works, documenting works that have become “popular frescoes”. Then removed, stolen or consumed by time.

An exhibition itinerary to be discovered

Among the works on display “Balloon girl”, the little girl with a red balloon in her hand. This work has become famous for its self-destruction, immediately after being auctioned for over 1 million euros. In the exhibition there will also be an infographic on the artist’s chronology. It will be possible to read historical files on the works with photographic documentation. But also original ‘black books’, original posters of his exhibitions, counterfeit banknotes and a selection of videos.

The message of his art

His are instant messages. A simple imagery, but not an elementary one. He tackles the issues of capitalism, war and social control with irreverent irony. Analyze the contradictions and paradoxes of the contemporary world with colors. “Banksy – curator Gianluca Marziani told the press – helps us to understand” the semantic contradictions of our time “. “In an age where analog and digital coexist for obvious reasons where technology speeds up time but changes vital parameters, where Democracy wobbles in a thousand ways, in such a world here is an author who implodes the codes of narcissism”. It remains invisible but works on streets and public places, “crumbling with irony the strong powers, inventing urban icons that somatize the glaring knots of this millennium”.