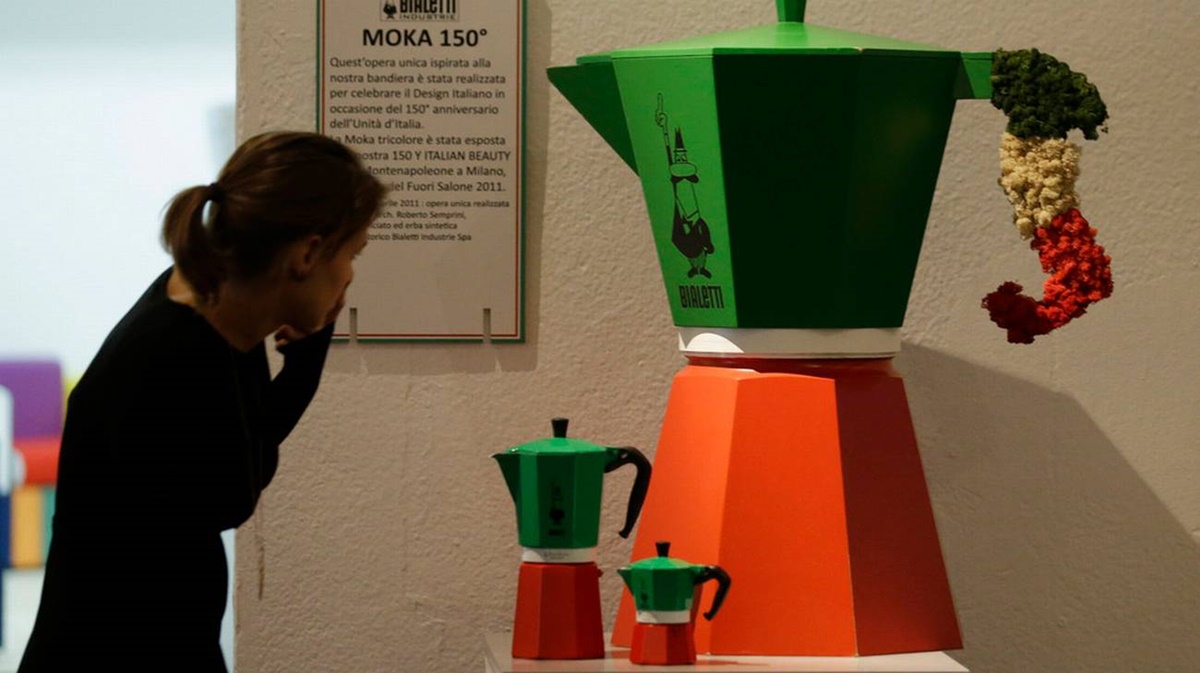 EXCELLENCIES, ITALIANS IN THE WORLD

Did you know that an Italian invented mocha?

The mocha was invented by an Italian of course! This patent, which sent the nice Neapolitan coffee maker into retirement, was conceived by the enterprising Alfonso Bialetti in 1933.

The mocha is a product famous all over the world and manufactured in more than 105 million specimens of different colors and shapes. Just think that the coffee maker designed by Bialetti is in the permanent collection of the Triennale Design Museum in Milan and the MoMA in New York, recognized as an icon of Made in Italy.

Bialetti inventor of the mocha

The patent has not changed much in over eighty years, remaining virtually unchanged over time, with an octagonal shape in aluminum. To design the mocha, Bialetti was inspired by observing his wife doing laundry with a washing machine that had a sort of boiler; in which clothes, water and detergent were placed, with a tube, the upper end of which was perforated.

When the water came to a boil, it went up along the tube, here it cooled and returned, dissolving the lye, which could be better distributed over the clothes. In Spain the classic coffee machine is famous as napolitana, cafetera de rosca, cafetera de fuego or simply Italian; in Portugal and Brazil instead it is called only cafeteira italiana or cafeteira de rosca. Coffee maker is made up of four components, together with a gasket and a bakelite handle, with an octagonal shape for a better grip in case of a wet surface.

The mocha known in the world

Mocha is produced in different sizes, to produce the equivalent in coffee from one to eighteen cups! The components of a mocha are: boiler, filter, gasket, filter plate, and jug. The origin of the name refers to the name of the city of Mokha in Yemen; one of the first areas of coffee production, in particular of the prized Arabica quality.

To make coffee with the mocha, the kettle is filled first with water, until it touches the level of the safety valve, and the funnel-shaped filter is inserted. In the latter, coffee is introduced, which must not be pressed; then, the upper part called bricco is screwed, equipped with a second filter, putting the moka on the low regulated gas, the water is heated, until it reaches a temperature lower than the boiling temperature (around 90 ° C); sufficient to cause a suitable increase in the saturated overlying steam pressure, which increases, causing it to expand.

Expanding, the saturated steam compresses and forces the water to rise and pass through the only way out: the funnel that leads to the filter. Arrived halfway, hot water passes through the coffee producing the drink by percolation. Finally, the coffee rises and goes to settle in the jug, passing through a cannula called “fireplace”. The water in the kettle begins to boil only at the end of the preparation, when most of it has already risen back into the collector.

A gasket ensures screwing safety and a safety valve prevents excessive pressure in the boiling chamber. It is important to remember that the mocha requires periodic replacement of the rubber gasket. Instead, when using a new mocha, it is good to boil it only with water. This feature allows you to disinfect the coffee maker. After use, the mocha should be cleaned well with hot water, but without soap.

How to wash the coffee maker

It is a good rule to completely remove the coffee maker from time to time to eliminate the residues that form. An important precaution for aluminum mocha is to avoid washing in the dishwasher, since the detergent containing sodium hydroxide, or caustic soda, is abrasive.