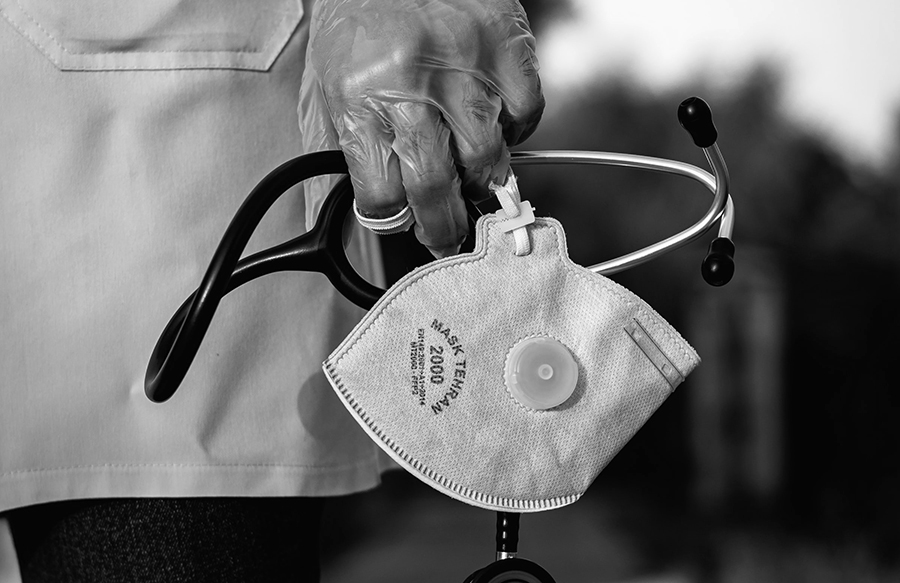 Door-to-door primary doctor for Covid patients. An Italian angel on the cover of Time

Dr. Luigi Cavanna, sixty years old, head of Oncology at the Piacenza Hospital, has become an example of Italian health care that works. Since the beginning of the pandemic, when the evil was still obscure and the chances of contagion very high, his mission has been – at his own risk – to treat as many sick people as possible in their homes. Taking care of them and giving them a soothing to solitude. For his courage and his humanity (in such a crucial period) the American magazine Time wanted to dedicate a cover story to him in the highly followed section HEROES OF THE FRONT LINES.

The oncologist from Piacenza for his self-denial and his precious intuition (going door to door to avoid hospital viral outbreaks) literally went around the world. Thanks to his initiative, today we speak of the Piacenza model everywhere. A model that provides proper visits by health professionals equipped with protective devices and portable ultrasound machines. An approach that with the support of the Ausl includes also the administration of monitored treatments and which is attracting the interest of many other realities in the area.

“Healthcare must be rethought on the basis of the clinical and human needs of the sick, increasingly elderly and with multiple pathologies. Less hospital care and more home care. And less access to the emergency room. In early March, the Piacenza emergency room seemed the edge of hell. Sick people everywhere, with dyspnea, fever, hunger for air, the CT scan that produced reports on reports of bilateral interstitial pneumonia.” This is what Dr. Cavenna told to Corriere.it.

It was on the evening of March 11 – the first day of lockdown in Italy – that Dr. Luigi Cavanna, realizing the dramatic situation of the wards and the Emergency Department of the Piacenza Hospital, proposed to form rapid intervention teams to be enabled immediately. The next morning the head nurse Gabriele Cremona already accepted the proposal without conditions and immediately the first door-to-door visits were activated.

The reception by the sick people was moving. Many elderly have been looked after and listened to. The help of the Piacenza team was vital to appease fears and a sense of bewilderment. Many doctors and nurses involved in the program have been described by patients as true saviors. As they came from another planet. They operated dressed like astronauts, with clumsy disposable coveralls, gloves, visors, masks. Completely new paraphernalia at the beginning of the pandemic. In addition, it was necessary to have all possible equipment: ultrasound machines, portable electrocardiograph, oximeter, kit for swabs and cartridge cases of drugs (hydroxychloroquine, antivirals, antibiotics, cortisone, heparin). An unprecedented and certainly ‘alien’ operational set-up for patients at their homes. But humanity has overcome all mistrust.

Numerous requests for help. “We went where there was a request for help, where loneliness hurt more. There were those who had just lost a husband, brother, son… We often found ourselves crying with them. They knew nothing about the funeral, they no longer had news of the family member who ended up in the hospital,” says Cavanna.

The good news is that his initiative, only experimental at the beginning of the pandemic, is now being consolidated more and more with teams of operators covering the city and province according to an efficient shift system. Thirty doctors have joined the initial thirty others on a voluntary basis. And it cannot be excluded that the initiative may extend to all of Emilia Romagna and then, hopefully, to other Italian regions as well.