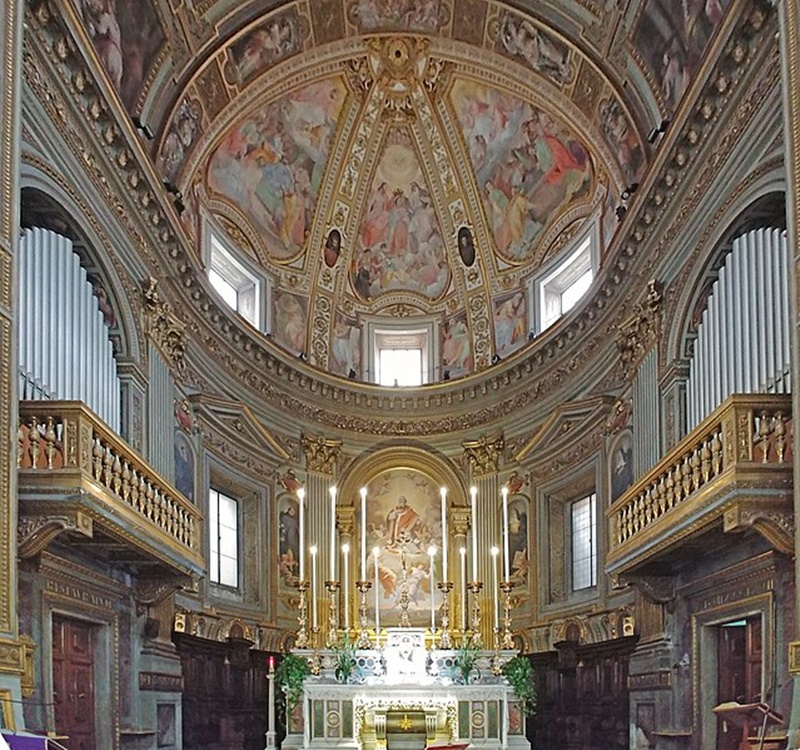 The miraculous Crucifix of Rome that stopped the plague

The miraculous Crucifix of Rome is evoked by the faithful, who still want it to be carried in procession. On June 14, 1656, the plague suddenly broke out in Rome. The epidemic reached the city like a cannon shot in early summer.

That day, the hostess of the inn in Via Monte Fiore di Trastevere and her children died, and on their body there were signs of the disease. Like a putrid leaden wind, the epidemic took away 14,473 people in a year.

The miraculous crucifix of Rome

The disease quickly spreads from Trastevere to the Ghetto. To stem the contagion, the authorities erect a wooden barricade around Trastevere. Armed guards remain fixed to guard it, with the order to shoot on sight. Only boats could move, despite being an infection vehicle, since they were also used to transport corpses.

Those who were in contact with the plague victims, including doctors, confessors, guards, boats, carts, were considered unclean and therefore shunned. There were about 15,000 death out of a population of less than 100,000. Processions and public functions were forbidden just as it happens today. Even the bells could not ringing. The groups of faithful in the churches were considered a reason for contagion. Doctors and surgeons were invited not to leave Rome. Otherwise death awaited them, with confiscated property.

The miraculous crucifix of Rome and the St. Marcello’s Church

The disease decimated the population and even the convents of Rome and its surroundings. The Church had a key role in this story. In Rome, in the church of St. Marcello al Corso, there is an ancient and revered wooden crucifix of the fifteenth century. It is considered by scholars to be the most realistic of Rome. The numerous stories of miracles attributed to the Crucifix were born precisely on May 23, 1519.

During the night, a fire completely destroyed the church. The following morning, the crowd of Roman faithful found the temple destroyed, but among the still smoking ruins, the crucifix of the high altar appeared intact. At the foot of the wooden sculpture, a small oil lamp was still burning. This shocked the faithful, who begin to gather every Friday to pray and light lamps. Over time, these meetings become increasingly organized.

The plague in Rome

The “Confraternity of the Most Holy Crucifix was born. Three years later, the church rose again, but the black plague also arrives in Rome. In desperation, the faithful decided to carry the crucifix of San Marcello in procession through the streets of the city. The authorities banned it for contagion, but this didn’t stop the people. The crucifix therefore, was taken from the courtyard of the convent of the Servants of Mary and carried in procession.

The procession reached San Pietro, and lasted sixteen days. It started on the 4th and ended on August 20th. As it progressed, the plague regressed. So every neighborhood tried to keep the crucifix for as long as possible. At the end, when the miraculous crucifix of Rome returned to San Marcello, the plague had stopped. Rome was safe! Since 1600, the procession from the church of San Marcello to the Vatican has become an established tradition.

The crucifix always remains exposed to the worship of the faithful. However, the rite observance became problematic during the 1900 Jubilee. Authorities banned the procession again. But faithful continued to carry the Crucifiz in procession, at dawn, placing it on a cart covered with a red cloth. The faithful must pray silently, in order to circumvent the prohibitions, Pope Leo XIII sent a carriage for transport which, however, took place in an almost clandestine way. Even today, with the anxiety of contagion, there are those who remember the miraculous crucifix. Many faithful would like to carry it in a procession, which is actually banned today as it was then. There’s is a ban on gatherings of people. However, in these hours of anxiety, we also remember that St. John Paul II embraced that crucifix. In the same way, almost in solitude, Pope Francis went to pray under the wooden sculpture.