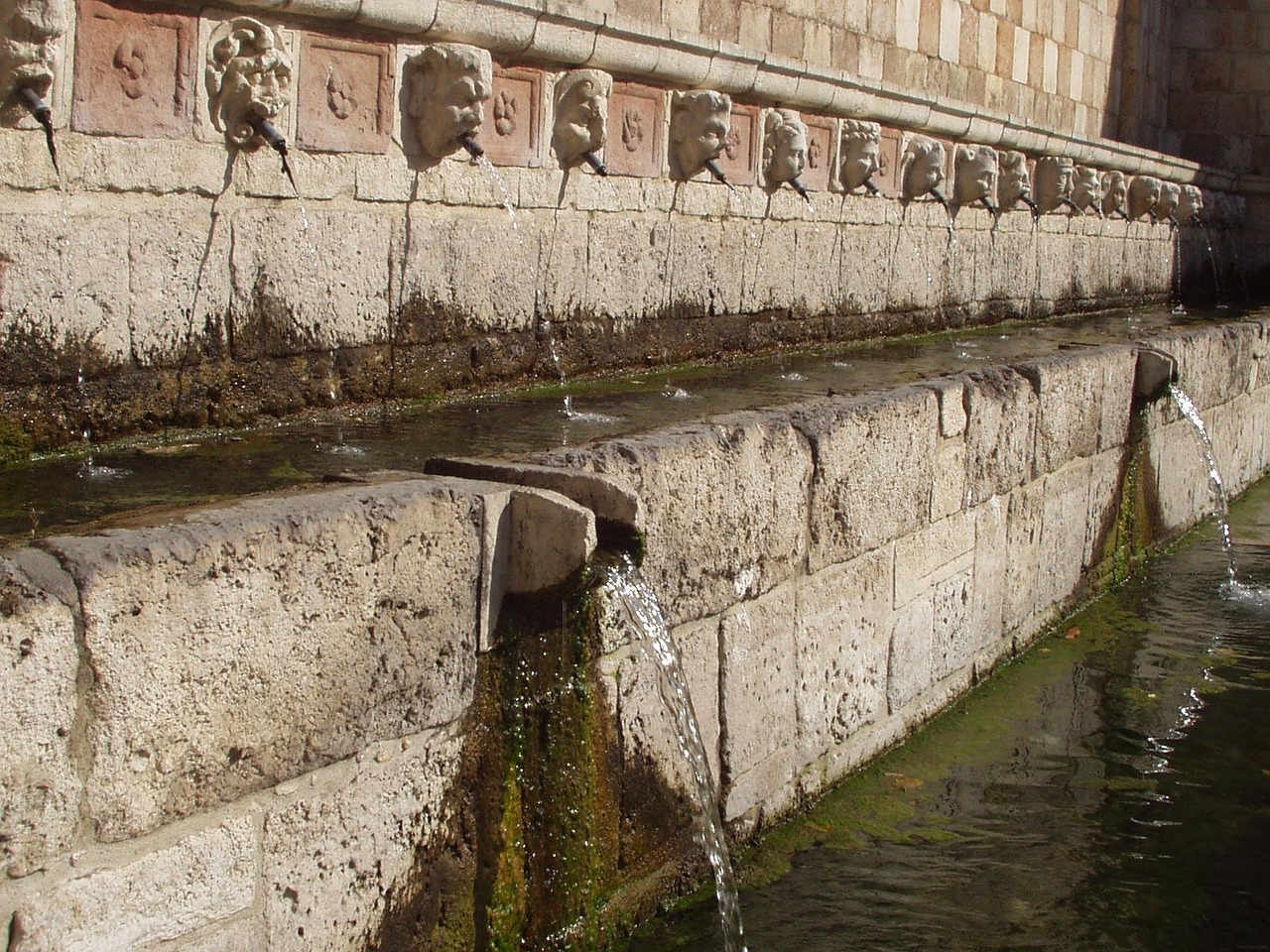 Fountain of the 99 spouts: the monument that tells L’Aquila

Capital of the Abruzzo region and a splendid city of art, L’Aquila has many treasures. Among churches and sacred buildings, what has been called the symbol of the city’s history stands out. This is the fountain of the 99 spouts. What is particular is immediately stated. The many jets of water that touch the hundred are not just an important number. In fact, behind the 99, meanings intertwined with the legendary narratives of the place are hidden.

Located near the Aterno river, in one of the oldest parts of the historic center, the fountain would have a medieval origin. A fourteenth-century plaque shows, at the top of the same, in Roman numerals the year MCCLXXII, or 1272. Evidently bearing witness to the first moment when the works took place under the direction of the architect Tancredi da Pentima. As often happens with buildings of the past, the construction did not end in a single period but, on several occasions, affected several centuries. But how is the fountain of the 99 spouts made up?

Developed along the trapezoidal perimeter of Piazza San Vito, pools of different levels are formed. The structure of the water collection is explained by the use made of the fountain at the time: the washing of clothes. The presence of the masks from which the water flows is very particular. All different from each other in shape and appearance would be linked to a tradition that refers to the foundation of the city. Instead, the works in pinkish white stone with a checkerboard composition are from the ‘400. The completion works of the fountain continued in the ‘500 and again in the’ 700 when a baroque imprint was given to the right side of the same. Instead, the creation of a wrought iron gate is more “recent”. Dated 1943 appears open on the front.

The fountain of the 99 spouts and its traditions

The fountain is linked to a series of narratives that have become legendary. It is said that during the ‘200 the Lords of 99 castles were summoned here in order to create a single city: L’aquila in fact. The populations thus gathered occupied several quarters in the center of which was a square, a church and a fountain. This explains the number of masks that animate the upper basin, symbolically corresponding to the presumed 99 Lords of the castles. Likewise, according to this tradition, the 99 squares and as many fountains and churches in the city would have meaning. But the legend does not end there. A disturbing mystery is linked to the events of this construction.

It is said that in the past no one was aware of the exact location of the spring that fed the fountain. The need to maintain secrecy on this point would be linked to the 99 Lords of the castles. That is, to prevent anyone from claiming rights over the source. But you know, keeping a secret forever is certainly not easy! Here, then, to avoid a leak, it was decided to eliminate the designer, in fact the sole custodian of the precious information. Tradition has it that the body of the unfortunate rests, to this day, under the paving of the hydraulic work. Between legend and reality certainly the fountain of the 99 spouts is a monument with an important historical value. Through his grotesque and imaginative masks, he is able to tell us the history of the city, at the same time offering the tourist a moment of rest and rest enlivened by the sound of the waters.