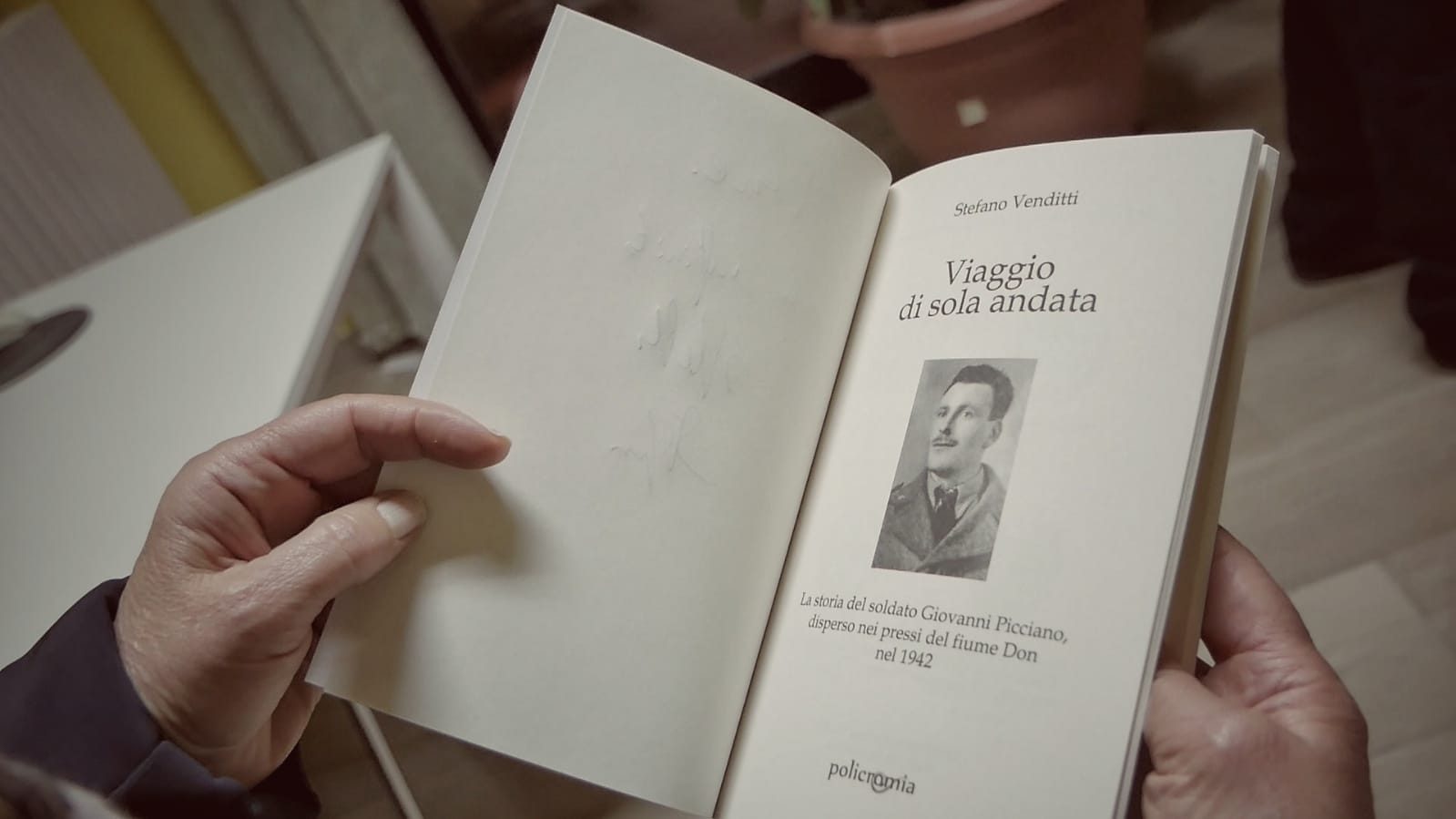 Giovanni Picciano, his story in the book by Stefano Venditti

“One-way trip” is the first historical literary work by Stefano Venditti, a Campobasso journalist transplanted to the Bolognese Apennines in the town of Marzabotto. At the center of the manuscript is the story of the soldier Giovanni Picciano, a native of Busso in the province of Campobasso, engaged in the Russian campaign in World War II on the front of the river Don. Soldier Giovanni Picciano is still missing in the war.

From the journalistic article to the writing of a book

“I must confess that at the beginning I had some fear in having to try my hand at writing a book, which is definitely and diametrically opposed to writing a journalistic article. Fortunately, however, I immediately felt a certain feeling with the story of the soldier Giovanni Picciano and after the period of information gathering, the words came spontaneously from my pen, or rather from my PC. The book has almost written itself without any kind of hesitation or difficulty whatsoever. It took more time in research and documentation than in writing. I was amazed by this alone, because it means that the story of the soldier Giovanni Picciano entered my heart ”.

The meeting at the base of the book on Giovanni Picciano

“I was contacted by Mrs. Carmela, grandson of the soldier Giovanni, because she was looking for a journalist who could echo the story of her uncle, even today with the status of missing in the war on the Don River during World War II. At first, I wrote a simple article that had a good response not only between the Molise borders but also in the neighboring regions. Then, however, I realized that a simple article was not enough to tell such an engaging story and at that moment I decided to write a book. An idea that pleased the family of origin of the soldier Picciano. At the end of the writing of the book I felt a great satisfaction because I was able to realize the desire of Mrs. Carmela. She had promised on the deathbed of her father Lorenzo, Giovanni’s brother, that she would do her best to honor the memory of her uncle “.

The difficulties in telling such a complex story

“Usually, books of this kind are based on direct testimonies: letters, diary postcards, which came from the front to the respective families. In this case all this failed. Only three photos remain of Giovanni Picciano. The only official paper documents are the request to the International Red Cross for the start of the research procedures, the report of unavailability and the request for the assignment of the cross to military value. The memories of Giovanni Piacciano were enclosed in the minds of the grandchildren. If the book had not seen the light, the memory of the soldier Picciano risked getting lost in the folds of time. Nothing came of the soldier from the front, neither written nor platelets. This was the biggest difficulty. That of the lack of documentation that made even the historical research of the events that saw him protagonist complex.”

“In the book there is a piece of my heart both of me and of the Picciano family and I hope that the emotions they felt in telling and that I felt in writing can reach those who decide to read this story of a young Bussese torn from his own land and from his family to fight in Russia. In the book I tried not only to remember the soldier Giovanni but above all the man. The gentle giant who was a pillar for his loved ones and his family. Emotions and strong feelings that came to the people who bought the book. The book has had an excellent response so much so that soon it will be presented in three book festivals: tomorrow afternoon in the park of the thermal baths of Porretta Terme in the province of Bologna; in October in Sestri Levante in the province of Genoa; in November in Pisa.”