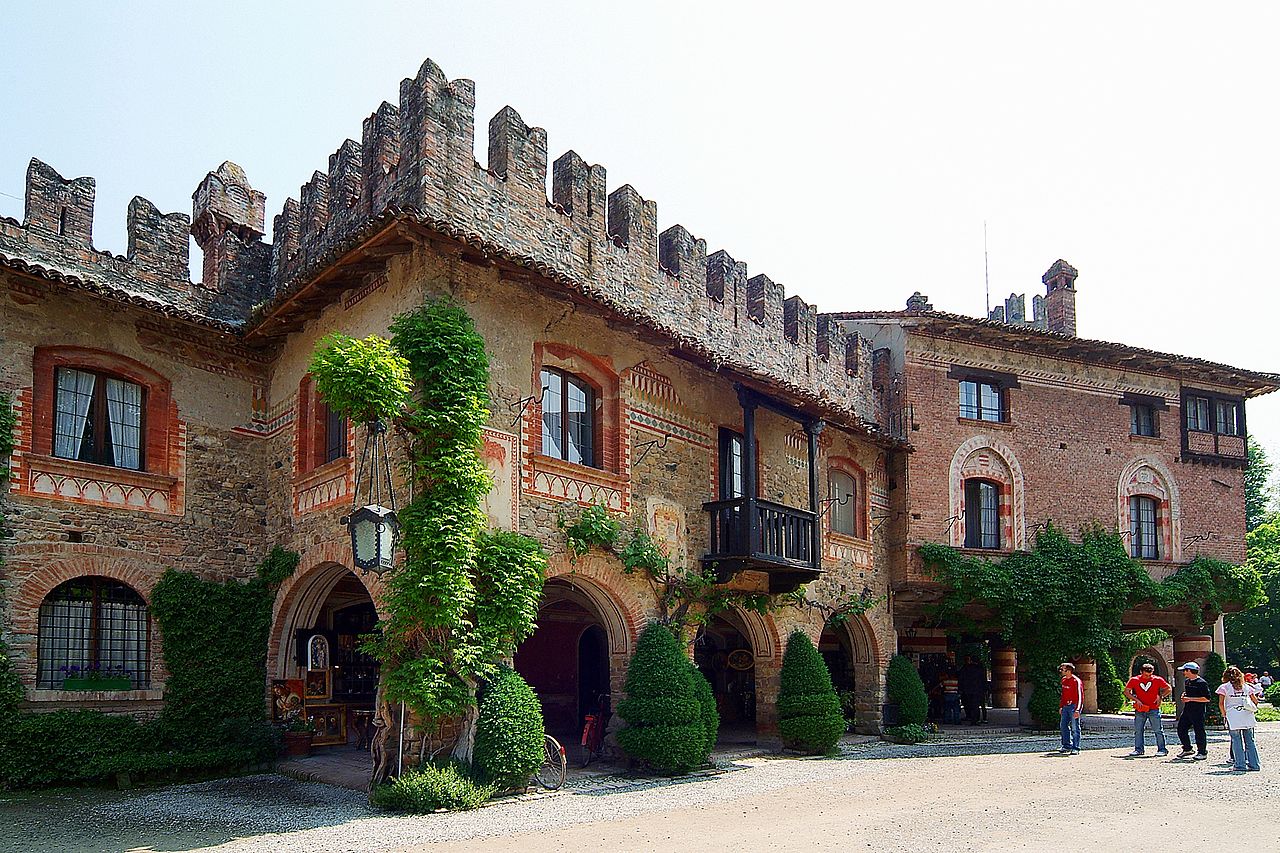 Grazzano Visconti: the village came out of a fairy tale

In the quiet Piacenza countryside, between fields and vineyards, a small village lies. An artifact place that depicts an era different from the one that gave it birth. But capable of making us feel in a medieval town, contained and isolated in a space-time parenthesis. The perfect setting for a plot of a fairy tale made of towers, knights and ladies. It is the suggestive village of Grazzano Visconti.

Grazzano Visconti: how the village was born

Visiting Grazzano Visconti means immersing yourself in a medieval atmosphere. But don’t let it deceive you! The village is nothing but a reconstruction, at least in part. A sort of revival of the historical past. Giuseppe Visconti di Modrone commissioned its construction in the early 1900s. He wanted to recreate a medieval corner made of paths, tenements and towers. All around the only original element: the castle. This is the possibility offered to the visitor. Stroll through the streets, admire the battlements, walk through the pointed arches. Maybe fantasize, imagining costumed characters to animate the village. And it is no coincidence that Grazzano Visconti hosts reenactments especially during the spring and autumn seasons.

Like the great parade in historical dress held on the last Sunday of May. Or the day in mid-September dedicated to youthful medieval adventures. Events capable of attracting a heterogeneous audience made up of young and old. But, to liven everything up, shops and inns take part too. They exhibit the arts of the past inside simple or frescoed buildings. Like the working of wrought iron from which masterpieces revisited in different eras were born. The village therefore constitutes an important point of interest and this is why it is equipped with all the necessary services for a tourist. Therefore dining venues where to taste the excellences of local cuisine can not miss. Cold cuts and Piacenza wines and much else, make Grazzano Visconti also part of a local food and wine itinerary.

The castle of the hamlet

The late 14th-century castle around which the village of Grazzano Visconti was developed centuries later, it’s the true and original core. In 1395 Gian Galeazzo Visconti authorized the construction of a castle on the Grazzano property, to fulfill the wishes of his sister Beatrice and his brother-in-law Giovanni Anguissola. Four corner towers, an internal courtyard and a moat that once surrounded the prestigious building. The situation remained the same until 1800 when the noble Anguissola family from Piacenza saw the end of their lineage. The property passed to the Visconti family and then to Guido Visconti di Modrone. It was then Giuseppe, his son, who commissioned its restoration. The works were completed in the early 1900s, coordinated by the architect Alfredo Campanini. The project was completed by the creation of a 15 hectare park which together with the castle is still privately owned and can be visited by appointment.

The internal spaces of the historic building are also furnished in a heterogeneous style that runs through different eras. All according to the taste and choices of Giuseppe Visconti. But this was not enough to satisfy the owner’s eclectic spirit. And so here is the idea of ordering the construction of a village in which to contextualize the manor. But what was there before the medieval village artifact? Only a few humble and modest houses, those that the peasants used as farmhouses and stables. the events leadind up to the beginnings of Grazzano Visconti are particular. A parenthesis of history was born from the inspiration of a noble gentleman. A true and depicted story that can still be accessed today for a day of leisure and curiosity.