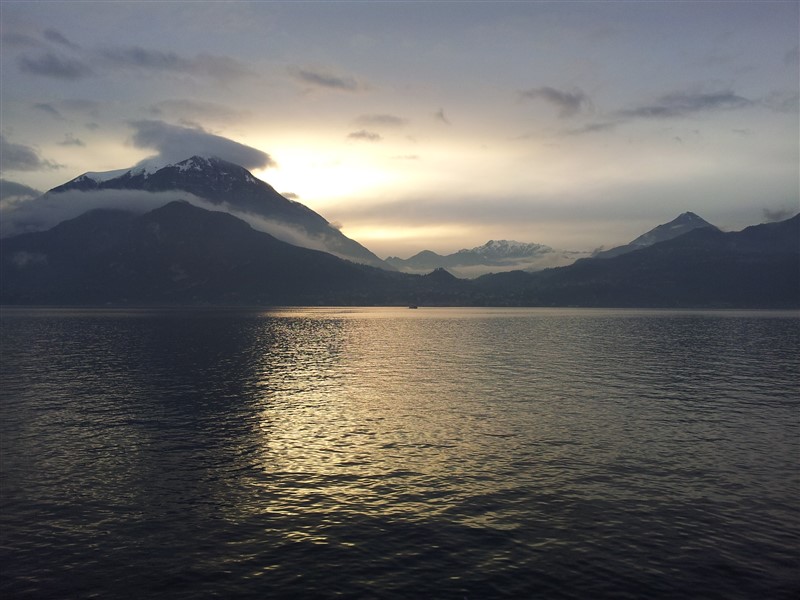 Lariosaurus: a monster on the shores of Lake Como

That branch of Lake Como, which turns to Southern Italy, is not only the incipit of the famous “Promessi Sposi”, but a place with obscure presences. Have you ever heard of the terrible creature of the Lariosaurus? Well if you have no idea who it is, you just need to know that it is the half-brother of Nessie, the fearsome Loch Ness monster. Certainly it will not be as famous as its Scottish counterpart, but the “snake of water” floats between myth and legend along the shores of Lake Como for about 70 years.

But while the Scottish cousins have built a real business around their monster, attracting curious people from all over the world, the history of Lariosaurus remains a small folk tale guarded by the inhabitants of the shores of Lake Como.

The origins of the Lariosaurus

Unlike what one might think, the Lariosaurus is not a mythological animal, but one of the many dinosaurs that populated the prestorical era. In 1830 in Pederledo, a small town in the province of Lecco, the first fossils of this particular species were found, which are still preserved in the Munich Museum of Natural Sciences. From the analyzes carried out on the remains it emerged that the Lariosaurus was an aquatic reptile belonging to the Notosauri family.

Its length was between 60 and 130 centimeters. Its paws were very particular. The front ones particularly massive had a shape very similar to that of a fin, certainly useful for moving with ease in the waters of Lake Como. The latter, on the other hand, were characterized by their smallness, and for having preserved a structure with five fingers, perhaps palmate. What undoubtedly did not go unnoticed were its terrible and sharp jaws, which certainly contributed to creating the legend about the dangerousness of the Lariosaurus.

Between legend and reality: sightings of the lake monster

It all began in 1946 when in the small town of Colico, two hunters came across a strange creature about ten meters long. Caught in amazement and frightened by the presence of the strange being, they reacted by opening fire. The creature thus plunged back into the waters to disappear into the depths of the lake. Was it a Lariosaurus? A series of sightings followed one another in the 1950s. In 1957 in Dongo, in the province of Como, a group of biologists immersed themselves to fathom part of the seabed of the lake, and swore they saw a shape very similar to that of a crocodile.

Was it really the Lariosaurus? After a few decades of silence, at the beginning of the new millennium we returned to talk about the Lariosaurus. In 2003, a group of fishermen on reconnaissance on the lake claimed to have noticed the shadow of a strange creature of gigantic size. Where does the boundary between reality and legend get lost? Lake Como is one of the deepest lakes in Europe. Its abysses are places of mystery, where fantasy quickly runs to imagine worlds elsewhere. The writer and naturalist John Steinbeck said: “The depth of the abyss is like the dark and deep levels of our mind. There dream symbols rest and sometimes emerge to catch your breath. An ocean without its monsters would be like a dreamless sleep “.