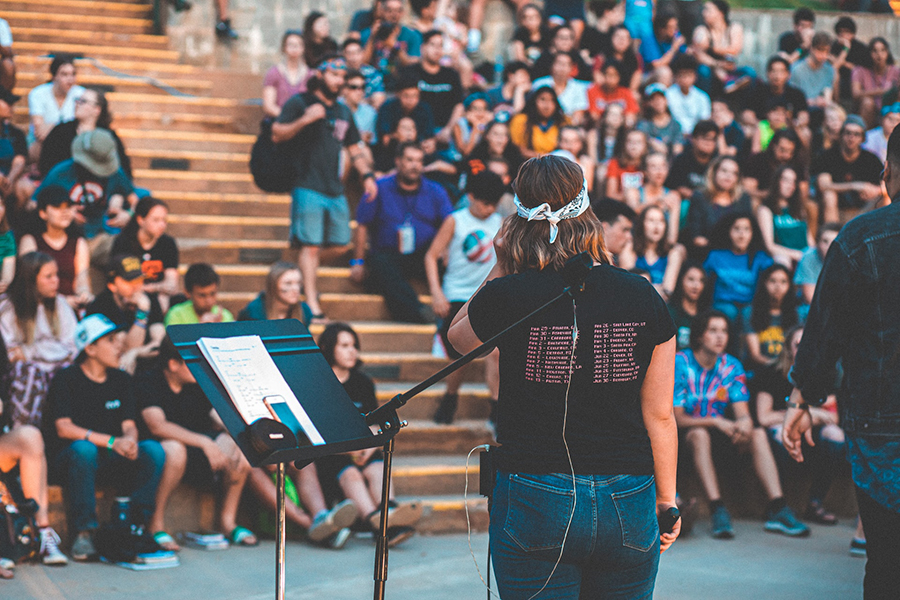 Milan’s historic Parenti Theater will be traveling. In the squares of the cities hardest hit by the virus

Free itinerant shows during the period of social distancing. It can’t wait. Culture needs to start again. And Italian theaters are being organized. They are considering every possible hypothesis not to leave their audience without shows. And this is what the historic Franco Parenti Theater in Milan is promoting. The artistic director Andree Ruth Shammah together with her staff had a very original idea, and, perhaps, it may inspire others.

According to government indications, the theaters will reopen on June 15, especially those that have a summer schedule. And cinemas will also reopen. So, how to organize shows in theaters, given the safety rules? Simple: shows will move. The idea of the Parenti Theater is to “bring smiles” to the municipalities most affected by the Covid-19 pandemic. In what way? There will be two vans that will create a stage. The performances will be held by young actors, but it cannot be ruled out that the proposal may also appeal to actors of greater caliber.

Vans for the shows of the Parenti Theater

The idea, as the director says, stems from the possibility of using vans that can easily enter the squares. Both on them and on the stage that will be equipped the actors will be able to abide social distancing. And they will be in the municipalities hardest hit by the pandemic, such as Codogno and the Lodigiano area. “This initiative has a double mission – explained Andree Ruth Shammah to Fanpage.it – to bring joy and cheer to those who have spent hard times, and let new comedians get experience. Later, however, we will propose exhibitions of classical music and poetry. “

Free shows for the audience

Therefore, this summer will be marked by culture thanks to the Parenti Theater in Milan. The shows will be free and the organization will be entirely borne by the theater. “I would love to bring it to Bergamo – added the director -. Now that the project is starting, I will hear the Major of Bergamo to try to organize a stop there too. It would be important to bring it all over Lombardy, as well as in other regions that have already contacted me like Tuscany”.

The Community Theater designed by Strehler

A similar idea was conceived by the Strehler theater. “Yes, the idea is similar. The original Community Theater was both circus and stable within an area of the city – underlines the director. Then, in 1972 Franco Parenti and Franco Branciaroli had already started a similar initiative with vans to bring the theater around the cities”. And like Alessandro Haber, who took an interest in the initiative, many could join.

And the season of the Mysterious Baths in Milan is also organized. “We open on June 18 – clarifies Andree Ruth Shammah who represents the artistic direction. We thought about the second edition of “Stasera si può entrare fuori”, where the public will be positioned in different spaces of the Baths divided in groups that will be joined by the actors”. Moreover, the Franco Parenti theater will be at Naples festival with Filippo Timi on stage in “Il cabaret delle piccole cose” and Filippo Dini with “Locked”.

Milan’s historic Parenti Theater will be traveling. In the squares of the cities hardest hit by the virus ultima modifica: 2020-05-25T11:49:02+02:00 da Federica Puglisi