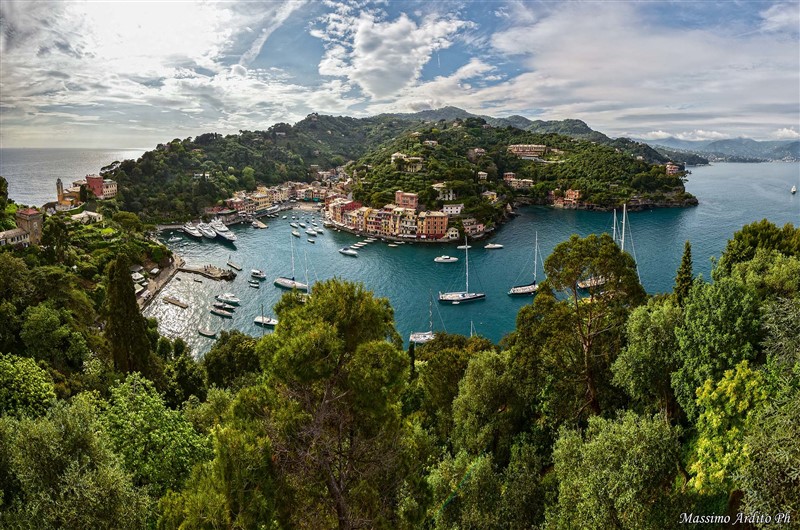 Portofino, a wonderful seaside village… not just for VIPs

Numerous internationally renowned directors, writers and photographers have narrated and praised the village of Portofino. The cause is perhaps attributable to the picturesque colored houses, to the crystalline sea, or to the green and uncontaminated vegetation that extends behind it. What makes everyone agree is the beauty that distinguishes the small town set in the Gulf of Tigullio.
Every summer in the seaport of Marina di Portofino moor luxurious yachts of rich vacationers from all over the world. However it is not exclusively a place for VIPs, in fact the seaside village offers the right mix between nature and culture.

What to see in the area of Portofino?

Fans of medieval history can not help but visit the Brown Castle, which is the fortress that stands on the promontory behind the village of Portofino. It is a symbol of the glorious maritime republic of Genoa, which built it in the fifteenth century with the aim of protecting the gulf from the raids of the Saracen pirates.

The unusual name of Anglo-Saxon origin, that is Brown, derives from the English consul who purchased it in 1867. He completed a series of modernization works, including the characteristic hanging garden that replaced the old parade ground. In 1961 the castle became the property of the Municipality, but today it is used for cultural events and fabulous weddings!
The village of Portofino is a small pearl enclosed between the sea and the hills. Sports enthusiasts will enjoy a breathtaking view venturing into one of the many trekking routes in the natural park of Portofino. Established in 1937, the area is characterized by rocky slopes overlooking the sea, able to offer the visitor suggestive scenarios of the Mediterranean maquis.

A dip in the crystal blue of the Paraggi bay

In front of the village of Portofino you will not find many beaches, in fact you will find only one, but it will strike you deeply. The Paraggi bay rises at the foot of the homonymous castle, and its soft and golden sand is interrupted only to make room for an emerald green sea. The red coral on the seabed produces enchanting plays of light between the waves, arousing a Caribbean atmosphere. If you are also diving enthusiasts, you cannot miss the opportunity to browse through what remains of the wreck of the Navy Ship sunk in front of the bay during the First World War.

However, underwater beauties do not end there. The famous work of the “Christ of the Abyss” lies in the depths in front of the village of Portofino. The statue was promoted on the initiative of Duglio Marcanti, considered the father of underwater education. However the work has a deep commemorative value. It was built in fact following the death of Marcanti’s friend, Dario Gonzatti, during a dive in 1947.

The sculptor Guido Galletti made the statue two and a half meters high using only bronze. Once finished, the Navy placed it at a depth of 17 meters. The Cristo degli Abissi is not only a must-see destination for every diver today, but also a passion for this sport and for the sea.
To better understand the charm of the village of Portofino, all that remains is to visit it. The Cinque Terre are the jewels of the Levante Ligure, and among these can not help but stand out the gem of Portofino.