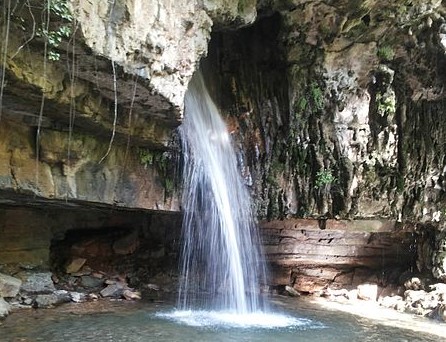 Sadali: the land of water in the heart of Barbagia

Protected by the promontory on which it stands and embraced by the valleys that surround it. Fragrances and colors liven up the landscape, tickling the senses of the many visitors who come here every year. “An island in the island” but also “the land of water“. This is how Sadali was baptized. In the most authentic Sardinia lies a village with fairy-tale tones. Ready to tell us a story that will leave us delighted.

A village whose name evokes the passage of ancient peoples but also the most typical traditions of the territory. And here legends flourish. There are those who think that the town draws its origins from a shepherd and those who connect its birth to the Phoenicians. Thus, in a time evidently very far away, Sadali was born. Located in the heart of Barbagia di Seulo, 750 meters above sea level, it is a rarity of beauty. Going up the rocky highland you go through wide boulevards surrounded by trees that gradually narrow up to lead us into an intimate place. When approaching the village, in fact, it is precisely the landscape that precede it that accentuate the rhythm of waiting. The scent of the Mediterranean scrub, the colors of the vegetation, the gurgling of the waters.

These are the elements that characterize the scenario that leads to Sadali. A tangle of cobbled lanes describes the historic center. Scanned by ancient shops and the church of San Valentino, the patron saint of the village. Paved streets and exposed stone facades draw a place that remains the same. A crystallized identity that has been preserved thanks to the displacement of the local population in an area further north, thus leaving the historic center unharmed and unchanged. Sadali maintains all its most traditional forms. But the town is above all known for its “water”.

As in the best enchanted places, water cannot be missing. Waterfalls that become the protagonists of a landscape carved out over time by the constant work of the streams. As evidence of the importance of the water there are the fountains that animate the historic center but above all the mills. They triumphed in the green valleys with their big wheel to remember an agricultural past. A campaign that in the seasons is tinged with the colors of flowers among which the pink of peonies dominates.

But it is also possible to see mills in what was once the inhabited center. So near the main church a waterfall, called the San Valentino, is accompanied by the eighteenth-century mill. Used for grinding wheat, it leaves us to imagine a rustic reality, outlined by bucolic characters. Following the path of the water we reach the loved caves. Those that make this town one of the main reasons of tourist attraction. There are about forty of them and they are scattered here and there throughout Sadali. The high concentration of springs has favored the birth of real artistic masterpieces whose author is water.

Among these works of nature stands the cave of Is Janas in whose charm an ancient legend is born. It seems that there fantastic creatures lived, half fairies and half witches, called Is Janas. One day these were surprised by a friar in the preparation of a cake during the Lenten period. As a punishment the religious transformed them into rock. Thus stalactites and stalagmites were born which give the caves something magical. If you are curious to immerse yourself in the myth of this place, climb aboard the Trenino Verde. Furrowing unspoiled landscapes, you can be transported on a journey of truly evocative tones.