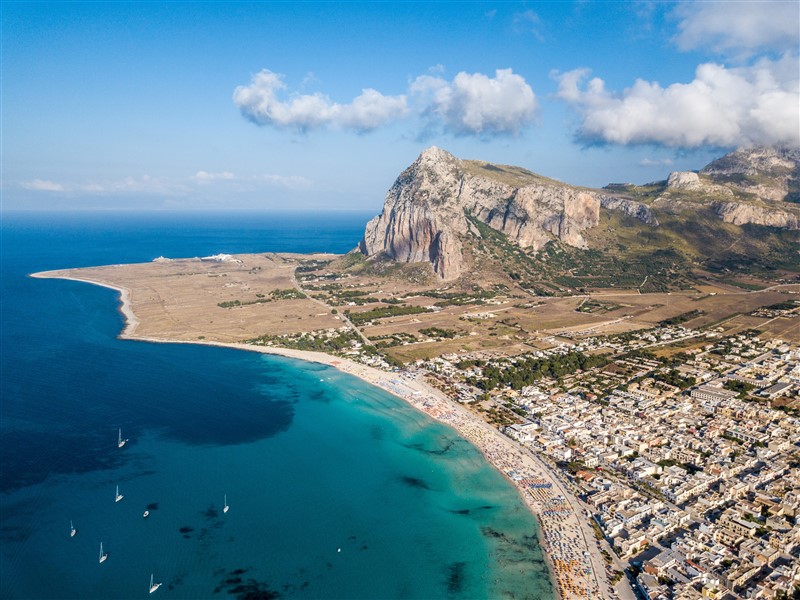 Sicilian beauty: third place among the most beautiful islands in the world

French writer Edmonde Charles Roux said that “for better or for worse, Sicily is Italy to the superlative”. Sicilian beauty is a fact, but now to certify it there is also a survey conducted by the famous travel magazine “Condè Nast”. Through a questionnaire submitted to its readers, a ranking was drawn up of the most beautiful islands in the world. Sicily managed to capture the last step of the podium, beaten only by the Maldives and the Greek archipelago.
The elements taken into consideration to draw up the prestigious ranking were: scenic beauty, level of the beaches, quality of the tourist offer, history, and finally, the inevitable food. In short, a summary of the concept of Sicilian beauty: the island is a true pearl of the Mediterranean.

Halfway between Europe and Africa, Sicily during its millennial history has been a crossroads of peoples and cultures, which continue to relive in every trace left indelibly on the island.

The Sicilian beauty also insinuates itself into the magical atmosphere of the Homeric poems that are revived in the Doric times of the mythical Valley of the Temples. The walks among the various temples, among which those of Concordia, Era and Demetra, allow tourists to dive into a timeless dream of heroes and divinities. For those who are not satisfied with classic beauty, Sicily also offers an important repertoire of Baroque art, represented par excellence by the Valle di Noto. The cities of Ragusa, Modica and the same Noto, are set on unique sceneries composed of narrow lanes in climbs and majestic palaces with facades that flaunt the decorations, so finely decorated to give luster to the art of sculptors and master railers.

And finally, how can we forget the small and beautiful islands that surround Sicily. There is something for all tastes: from the black sand of Stromboli, to the kaleidoscope of colors of the waters of Lampedusa, up to the pure white offered by the pumice of the island of Lipari.

Sicilian beauty is also expressed through culinary delicacies. The professor of music theory at Boston University, Deborah Burton, wrote that in Sicily “the culinary art had risen almost to the dignity of science already in the fifth century”. How to blame her? Every corner of the island speaks its own culinary language with infinite accents and nuances that make Sicilian cuisine a true triumph of the senses. The secret of his goodness lies once again in the influence of the populations that have dominated the island over the centuries. Each has brought its own ingredients that have contaminated each other to produce unique dishes.

Greeks were linked to the products of the earth and lovers of simplicity at the table. Arabs instead imported the bittersweet, and the spasmodic use of raisins, pine nuts and the inevitable spices. Normans taught to salt fish impeccably, and French brought their passion for onion and shortcrust pastry.
The result? Arancini, caponata, fish couscous, parmigiana, cassata: Sicilian dishes with a high level of mouth watering! To immerse yourself in the delicacies of Sicily, a tour of the Vucciria market in Palermo is a must: a perfect mix of flavors and history.
Visiting Sicily does not only mean traveling on the largest island in the Mediterranean, but above all diving into a sea of culture, flavors and breathtaking views.