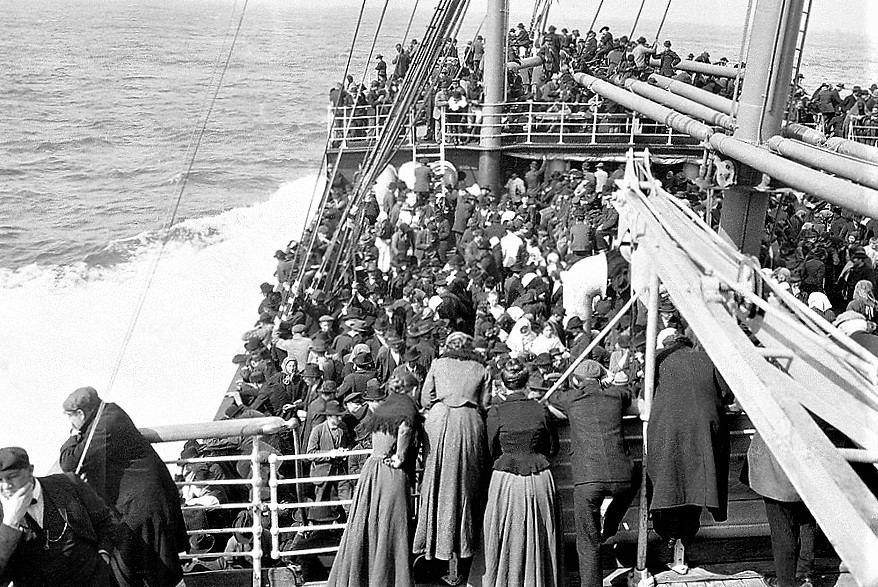 When the ones to help their home were us: stories of Italian migrants

The dark skin, the house behind and an infinite expanse of water in front, treated as second-rate human beings: to many all this could refer to the figure of today’s migrant, often referred to as a “problem” or a ” weight”. However, this is the description that some American journalists made of Italians who, at the turn of the nineteenth and twentieth centuries, left the boot. Although, in fact, today we discover a country very jealous of its borders, once we were the ones to help them at home.

In recent years the problem of migratory flows seems to characterize the political and social scene. Every year, in fact, thousands of people flee from Africa and the Middle East in search of a better life. Long and exhausting journeys, in which life is often lost. Waiting for them is a state-of-the-art Europe, able to offer a lot, but still not quite capable in dealing with certain phenomena. And we are Italians in the forefront, among the first safe havens of the Old Continent. A country with one of the most hospitable cultures on the planet, but that in recent years seems to be affected by the presence of the foreigner. In fact, more and more frequent, are now phenomena of intolerance and intolerance, which lead (in rare cases) into real racism. And among the most popular phrases, that “Let us help them at home” resound almost indefinitely.

Until the last century, however, things were very different. On the other side of the barricade there were Italians, intent on leaving our beloved land en masse. Between 1860 and 1915 we witness the one known as the Great Emigration. Over 9 million Italian nationals left the country, with the sole desire to improve their economic and social status. The most sought-after destination is the New World, from Canada to Argentina, passing through the USA.
Packed in old ships, without documents and at the limit of human conditions (a blanket and a urinal every 100 people), you had to face a journey of over a month. All this often in the hands of real traffickers, who were (just like today) on people’s desperation.

From America to Northern Europe

But once you arrived at your destination, how were you welcomed? Not certainly in the best way. Just like today, at the time the foreigner was seen as an invader. Climate fed by a political class and a press certainly not a good one, on the contrary. In 1880 an editorial published in the New York Times, Unwanted Emigrants, in which the Italians were defined as “promiscuous, lazy and criminal: a dirty scum”. Same story in 1921, when an article complained about this invasion, asking to limit the number depending on the capacity of the ships. Some derogatory and derogatory terms were also coined, like Broccoli (used to tease the Italians who crippled the word Brooklyn), Spaghettifresser (eat-spaghetti) or Mozzarellanigger (mozzarella-negro, referring to the fact that Italy was seen as an extension Africa). In 1924, then, the president of the American Museum of Natural History Osborn at a conference exclaimed that “these immigrants are making America a landfill for undesirable beings”.

After World War II we witness the second phase of Italian migration, known as European Migration. The preferred destinations were, as the name suggests, the northern and central European countries: Germany, France, Holland and Belgium. They were often Italians without any specialization, employed as miners and workers, in conditions not certainly comparable to those of today. Often crowded in small shacks, they were seen as carriers of disease and crime. The same American president Nixon, in a phone call, said that “they are not like us, they are different and distinguish them from the smell. The problem is to find an honest … »

In short, a life certainly not easy that of our fellow countrymen who until the sixties of last century decided to leave the country. According to the AIRE (Italian Register of Residents Abroad) during the period from the Unification of Italy to 1980, over 18 million Italians decided to build a life elsewhere. If we also count the natives, the number rises between 40 and 50 million. A real second Italy distributed along the five continents and that has in fact contributed to spread our culture in the world.