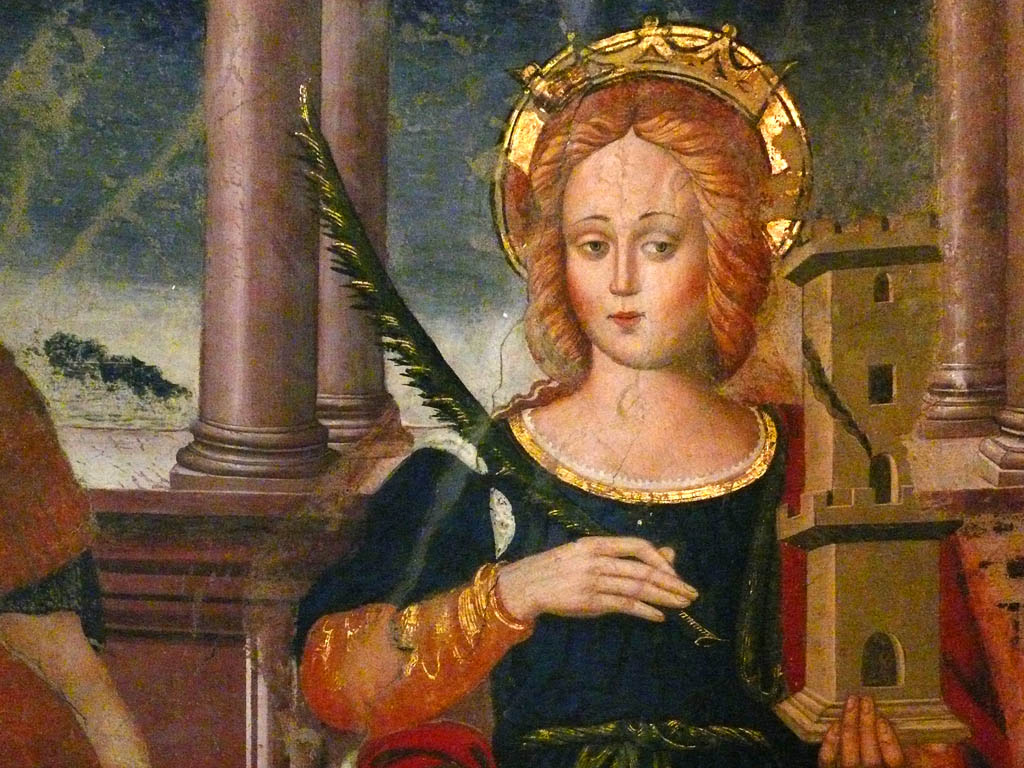 “Our life is fire, our faith is God, for Santa Barbara Martire”

This concludes the prayer of the Fire Brigade that on December 4 honor the saint together with sailors, artillerymen, engineers, miners and all professions that are related to fire and, possibly, to sudden death determined by the same. In fact, the persecutor of the Saint died in a flash: his father, Dioscorus.

The life of the saint

Barbara was a young girl whose origins are uncertain: she probably lived in the III century under the emperor Maximinus (or Maximian). His birthplace is not safe either: it is called the Middle East (Egypt or Syria) but someone finds its traces in Tuscany or in Rome. She became a Christian, finding the opposition in her father who locked her up in a tower from which she went out through the walls. She was resumed, tortured, slipped through the hostile crowd until the beheading performed by her father.

As soon as Barbara died a thunderbolt hit Dioscorus himself and incinerated him. From here the patronage was born towards those who bring justice with fire. The mystery of his life also continues in the events following the death of the saint: according to some his relics are in Kiev, others report, instead, their presence in Venice.

The uncertainties on the life and death of Santa Barbara cause its removal from the “General Roman Calendar” in 1969. It remains, however, present in the “Martilogio Romano” and continues to allow worship. It is a cult of no small importance: cities (even in California) and basilicas are dedicated to the Saint. In Rome, the church of Santa Barbara dei Librai is one of the most characteristic in the center of the capital.

The most important cult, however, concerns sailors and artillerymen. On December 4, on ships and in the ground organizations of the Navy it is a day of celebration: short time and special lunch, often also a show for the crew members. The head of the “arms” service is honored with a bouquet of flowers and the greeting is exchanged: “good Santa Barbara”. A wish that accompanies sailors and former sailors for a lifetime, as the writer can testify. The same ceremonies take place in artillery departments where the ammunition deposit is called ‘santabarbara’. The devotion of the artillery to the Saint has meant that many barracks are dedicated to her: in Anzio, in Sabaudia the School of Artillery Contraerea, in Milan the lodgings of Voloire, the ancient regiment on horseback.
On December 4 in the name of Santa Barbara, therefore, sacred and profane, legend and history are intertwined in a devotion that also takes those who, like soldiers and sailors, seem to face daily problems tremendously serious and concrete.