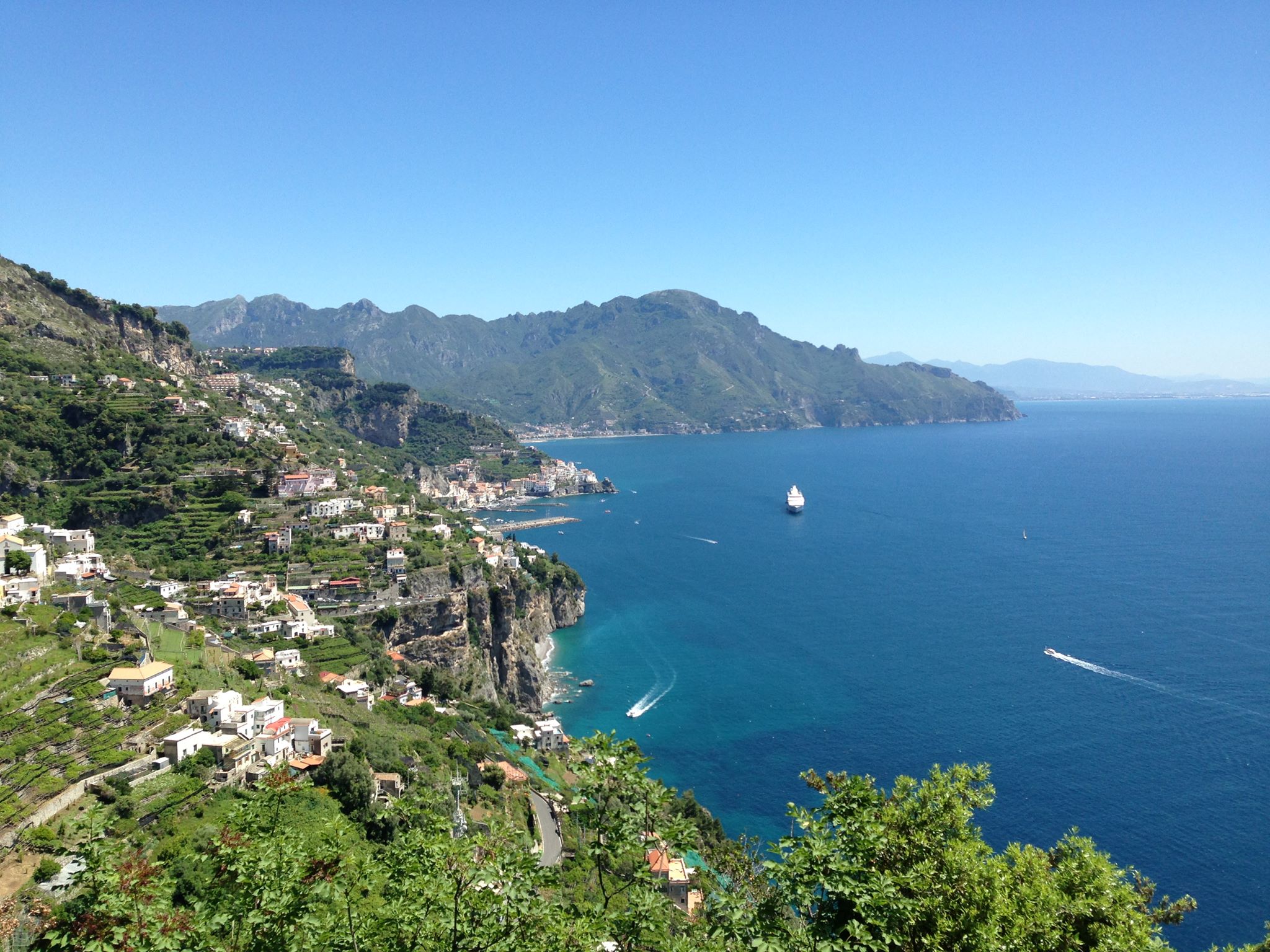 Conca dei Marini is one of the most beautiful and evocative places on the Amalfi Coast. A pearl set between Amalfi, Positano and Praiano, surrounded by the intense scent of lemons and aromatic herbs.
Tourist destination, in the 60s and 70s, of illustrious personalities such as Jacqueline Kennedy, Gianni Agnelli, the Queen of Holland, Sofia Loren, it preserves the charm of a dream site, where the gaze is lost in the blue of the sea and the extraordinary beauty of the landscape.

Dichiarata, dall’Unesco, Patrimonio dell’Umanità insieme a tutta la Declared a World Heritage Site by Unesco along with the entire coastline, it is so called for its basin-shaped geographic conformation and for the many sailors who inhabited it, once experts in navigation techniques. The village, characterized by romantic stairways, pillow domes and churches overlooking the sea, offers breathtaking views and views.

It is believed that Conca dei Marini was founded by the Tyrrhenians with the name of Cossa. Conquered by the Romans in 272 BC, it was transformed into a colony. After the fall of the Western Roman Empire, it became a support base for the Maritime Republic of Amalfi and a precious reference point for the Mediterranean countries. In the 11th century, it experienced a momentary period of crisis, which it overcame under the domination of Svevi and Angioini. With the advent of the Aragonese, the Habsburgs and the Bourbons, trade intensified, but the pirate activities of the Turks began.

In 1543 they sacked the town, desecrating and stripping the church of San Pancrazio martyr of the sacred furnishings. Another difficult phase occurred in 1528 and 1556, when the plague struck the population. In the eighteenth century, one of the strong points of its economy was the tonnara, the only one in the whole coast, which resisted on the marina beach until 1956. Conca passed to the Kingdom of Italy in 1861. In the Fascist period the village Furore was united to it. but at the end of the Second World War the two municipalities became separated again.

The churches of Conca dei Marini

The village, despite being one of the smallest on the whole coast, has six churches. In the Marina di Conca stands the pretty chapel dedicated to the Madonna della Neve, which is celebrated on August 5th with a procession by sea. Of ancient origin, it was built in this place to allow sailors and visitors to reach it easily. A legend tells that the high relief placed on the altar, depicting the Madonna with the Child Jesus, was found by sailors on a beach near Constantinople, after the sack of the city by the Turks.

Un itinerario da non perdere è la cosiddetta passeggiata a Sant’Antonio, attrAn itinerary not to be missed is the so-called walk to Sant’Antonio, through the stairways that gave the town the name of “Conca dei gradini”. The church of Sant’Antonio, which dates back to 1200, is dedicated to San Giovanni Battista and has a belvedere over the sea. A real gem is the ancient church of San Pancrazio, located on a ship-shaped esplanade, called Punta Vreca. Surrounded by an olive grove, it is also known for the staircase celebrated by the verses of the Salerno poet Alfonso Gatto and by the paintings of the artists Mario Avallone and Clemente Tafuri. The three entrance doors are decorated with mosaics from the Ravenna school. Another local symbol is the seventeenth-century convent of Santa Rosa, now home to a prestigious hotel.

The Santarosa sfogliatella was born between the walls of the monastery by the Dominican nuns of the Conservatory of Santa Rosa da Lima, thanks to a dough filled with cream, pieces of dried fruit and sour cherries in syrup. The adjoining church of Santa Maria di Grado holds the head of San Barnaba apostolo. Other places of worship are the church of San Michele Arcangelo and the chapel of the Immaculate Conception.

Those who go to visit Conca cannot miss a mini tour in the green waters of the Emerald Grotto. The fisherman who discovered it, in 1932, had the merit of introducing the world to a kaleidoscope of lights, glare, reflections, where the sea and the rock have drawn spectacular bas-reliefs over the centuries. A ceramic nativity scene was placed on the backdrop in 1956.

Two other places of incredible beauty are the Tower of Silence and the Torre di Capo Conca. The latter, from the 1500s, stands on the promontory of the same name. Erected to defend the territory from Turkish invasions, it was abandoned over time and used for cemetery purposes. In 1949 it was restored and today it houses a museum. 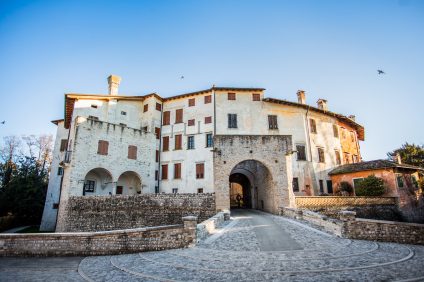