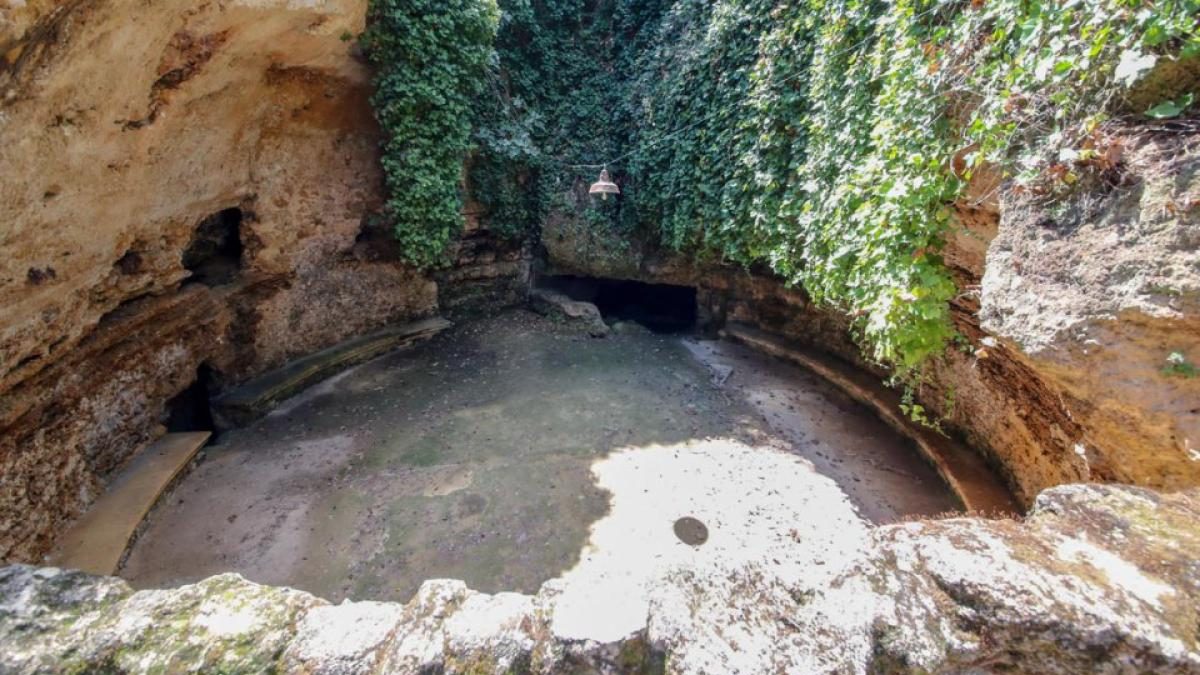 Camera dello Scirocco: open-air cave in the heart of Palermo

Camera dello Scirocco, or Scirocco Chamber: what is it? Digging into the past it is common to find a trend popular among the ancient noble families. They used to build special caves in their holiday residences. Let’s go then to discover why they are born and what are their characteristic elements. Deepening the most beautiful of these structures that is located in Palermo and is known as the chamber of the sirocco of Fondo Micciulla.

What the Camera dello Scirocco is?

To better understand what is meant by Scirocco chamber and analyze its typical features it is advisable to take a step back and make a premise concerning the climatic conditions in Sicily. Why? The reason is to be found in that afa of African origin called scirocco which crashes on the island during the hottest periods of the year. In the past, wealthy families looked for a long time to solve this problem that afflicted them so much. And thus in the summer residences ad hoc rooms able to cool off even in the days of particular scirocco were born. We are in the XVIII century, the period of greatest diffusion of these caves able to defend from the annoying African wind.

Each of these scirocco chambers, however, had to have very specific requirements to be truly functional for the purpose. In this strictly artificial cave, an air current and a water source must have been present. The result was an underground room, dug out of the rock, where you could enjoy a pleasant temperature, far from the external scirocco. In the absence of a water source, the rooms were recreated where the qanat, underground aqueducts, were present. Most of these caves had the same characteristics, but there are sui generis examples that are part of that Palermo heritage of great historical value, such as the Villa Savagnone scirocco chamber, the only open-air chamber.

The open-air cave at Villa Savagnone

The chamber of the sirocco of Villa Savagnone, also known as the Micciulla room, is the only “open-air” model in Palermo dating back to the second half of the eighteen century. Its circular shape, the presence of the qanat of Uscibene, among the major aqueducts present in the capital of Palermo, and the presence of a small waterfall inside it, make it today a historical asset very different from all the others. It owes its fame and its name to Savagnone, exponents of the Sicilian nobility who spent their holidays in this villa.

The underground open-air chamber, after its splendor known at the time of the Barons Micciulla first and then of the Savagnone family, has also known moments of great abandonment. Today, the evocative cave, born within a historic limestone quarry, remains a treasure to be valued in the heart of Palermo.