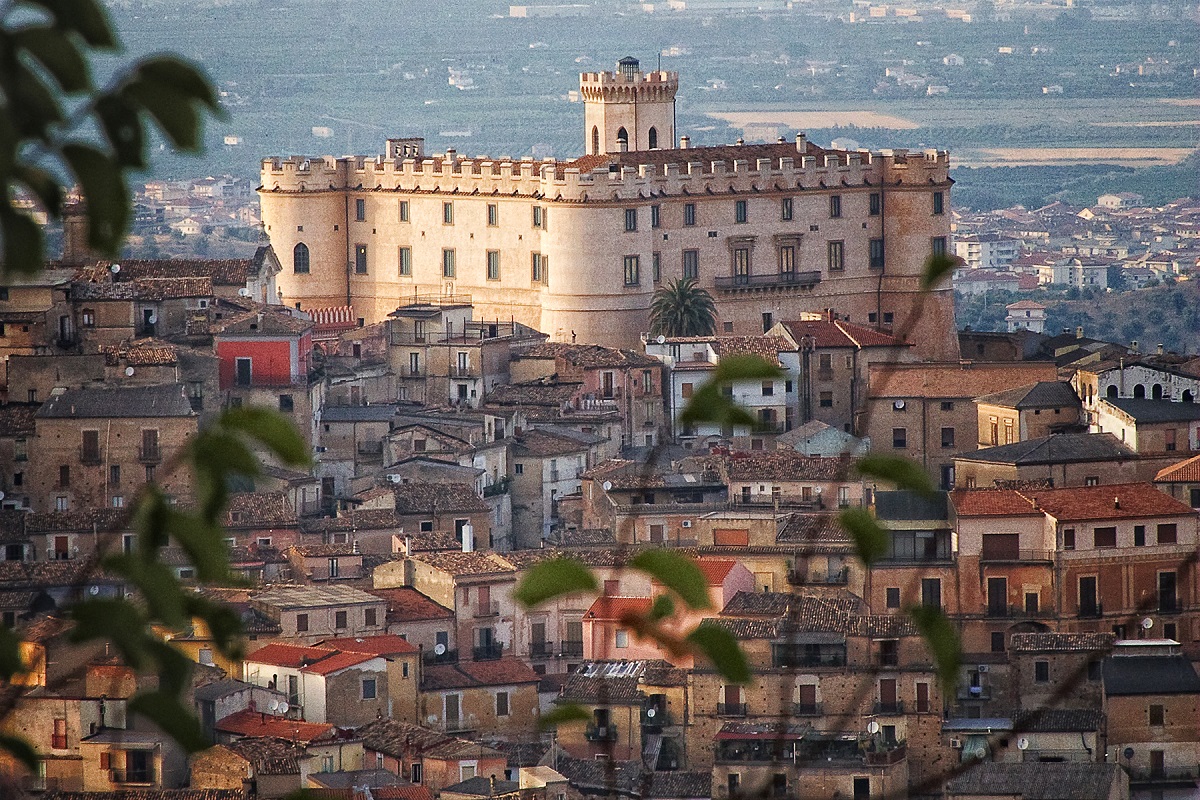 The Ducal castle of Corigliano Calabro is located in the historic center of Corigliano in the province of Cosenza. It’s of one of the most beautiful castles in Italy.

Ducal Castle of Corigliano and its history

The first news relating to the history of the castle of Corigliano dates back to the eleventh century. In fact, it was the Normans who, in their conquests of Calabria and Sicily, built a primitive stronghold, in defense of the perched village of Corigliano. But despite the radical renovations that almost completely erase the traces of this fortified building, it is said with almost absolute certainty that the base of the current Mastio dates back to the Norman era. Subsequently, with the Aragonese domination of Calabria, Ferdinando I took away from the Sanseverino family the fief of Corigliano and its fort. While in 1489, after a visit by the Duke of Calabria there are some expansion and restoration works. Following a series of historical events, the Castle undergoes several renovations.

Luigi Compagna in 1870 made further changes to the internal rooms of the manor. He built the internal corridor, frescoed the chapel of S. Agostino, demolished the upper floor of the Rivellino, to obtain rooms for the administration of the family. It also has some rooms decorated. With the transfer of the last members of the Compagna family to Naples, the historical cycle of the Castle of Corigliano ends.

From Roberto il Guiscardo to symbol of Calabria

The origin of the castle of Corigliano Calabro is linked to the figure of Roberto il Guiscardo (Roberto d’Altavilla). There is talk of a gigantic-looking Norman leader. Roberto d’Altavilla is the sixth son of Tancredi, count of Hauteville-la-Guichard. He is also the first child of his second wife of Tancredi. It is Fresenda, daughter of Richard I of Normandy, called Riccardo Senza Paura. Riccardo I becomes Count of Puglia and Calabria after the death of his brother Umfredo. Later, in 1059, he was invested by Pope Nicholas II with the title of Duke of Puglia and Calabria and Lord of Sicily. Instead, in 2002, after 14 years of restoration, the castle of Corigliano was finally officially handed over to the local community.

After a millennial life, lived as the most visible symbol of feudal and baronial power, it becomes good for the community.

Today the castle is a national monument. Tourists who come all year round can visit rooms such as the monk’s prison, the nineteenth-century kitchens, the chapel of Sant’Agostino, the bedroom of the baron and the baroness. But also the Hall of Mirrors, the dining room, Mastio tower, the moat and others. In addition, the upper floor of the castle is also used for pictorial and photographic exhibitions. Conventions and cultural events open to the community are held here. Instead, the Mastio has always been the emblem of the castle. It is a construction characteristic for its giant stature.

The crenellated towers, for example, are typical of Aragonese military architecture. the Mastio, like the other towers of the Castle, show a cylindrical shape, with a wide base, with escarpments that rise up to two thirds of their height. In addition, the soul of the Mastio is the dizzying iron spiral staircase built by the Compagna family. But also the various decorations and frescoes executed by the Florentine painter Girolamo Varni around 1870.

How to get to the Castle

How to reach the castle of Corigliano Calabro? It can be reached by car for those who prefer to drive. In fact, from the A3 Salerno-Reggio Calabria motorway, exit at Spezzano-Sibari and then take the SS 106 bis state road. The closest airport is Lamezia Terme which is also connected by shuttle service in the summer.